Brace yourself for an addictive ride that's won legions of fans already - 'American Horror Story' is TV’s most original and frightening new drama, a deeply stylish psycho-sexual haunt designed to keep you on the edge of your seat. Receiving rave reviews from critics and sweeping this year’s awards season, with 17 Emmy nominations and a Golden Globe and Emmy Award win for Jessica Lange’s incredible performance (girl is looking better than ever!), this is one cult TV series you might be afraid to miss. 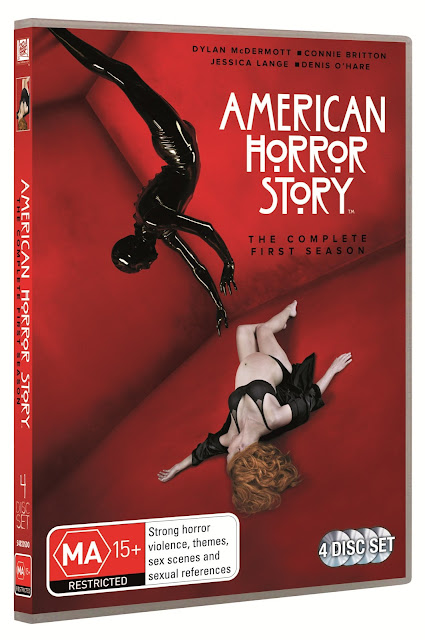 One of the show’s stars is Dr Ben Harmon, played by Dylan McDermott. Husband to Vivien and father to Violet, Ben struggles to keep his family and marriage together after the big move. As a psychiatrist with an office at home, he regularly treats troubled and disturbed patients from his study... these are not your usual house guests.

Can't quite place Dylan? Here, let me help you! Here's some fast facts about him:

- Dylan had to change his first name when he registered with the Screen Actors Guild because there was already a Mark McDermott; he chose Dylan as a tribute to his stepmother, Eve Ensler (who wrote 'The Vagina Monologues'), because she had miscarried a baby she had planned to name Dylan

Here's Dylan in character in the 'American Horror Story' series (you're welcome): 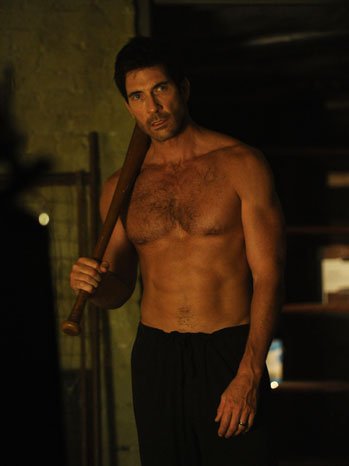 The brains behind this gruesome series is Ryan Murphy, who is the man behind 'Glee', 'Nip/Tuck', 'Eat Pray Love', and now the new TV show 'The New Normal.' Man is unstoppable.

To celebrate the release of 'American Horror Story' season one, out just now on DVD and Blu-ray, here is a sneak peek clip from season one:


And you have the chance to win one of three copies of 'American Horror Story' season one on DVD by answering the question below and following these instructions:

- Like the 'Josie's Juice' Facebook page - just tick the top right hand corner
- Share this comp link on your Facebook wall
- Answer this question, either below or on email: why do you enjoy the perverse pleasure of being 'scared to death'?
- Send an email with your details to: josiegags@optusnet.com.au so your details are on hand if you are a winner

Can't wait a second longer? Order your copy now - and guarantee a frightful Halloween; you can click right here: http://bit.ly/V3zCzR. And you can join the Twitter conversation about the DVD release with this hashtag: #AHSDVD

And so, a review: what to say about this incredibly twisted series? It's deeply engrossing, you get 'sucked into' the series despite your inner voice protestations that it's scaring the bejesus out of you, and the acting is impeccable. Case in point: Jessica Lange. This 'elder stateswoman' of acting won that award for a reason - she is flawless, eerie, enthralling to watch. And Frances Conroy won me over eons ago as Ruth Fisher in 'Six Feet Under'. So, to see her in this is a delight... she is as engaging as ever, as the housemaid Moira O'Hara [also played by Alexandra Breckenridge - who is crazy-sexy]. The volatile relationship between Ben and Vivian, and daughter Violet for that matter is also engaging. I can't stop watching every ep.

Even if the gore of Vampire Diaries and True Blood does not appeal [and it does not appeal to me - at all. I am a wuss], this is vastly different. Kinda Nip/Tuck meets Six Feet Under. Highly recommended.
Posted by Josie at 22:40

Email ThisBlogThis!Share to TwitterShare to FacebookShare to Pinterest
Labels: DVD, Movies, Pop Culture, This Just In