'Are You Buff Enough' - film and TV trivia app

Are you one of 'those' people who really, truly know their movie (or TV) trivia and... may or may not really, truly drive people batty when you recite, say, who won the Oscar for Best Actress in 1990 just off the top of your head? (Jessica Tandy, for 'Driving Miss Daisy', who became the oldest winner of a competitive Oscar, at nearly age 81, surpassing the achievement of George Burns).

Well this site and app is for you... and also for your friends so they can beat you at your own game - if you let 'em.

It's called 'Are You Buff Enough' and lots of fun... and: you can win stuff! 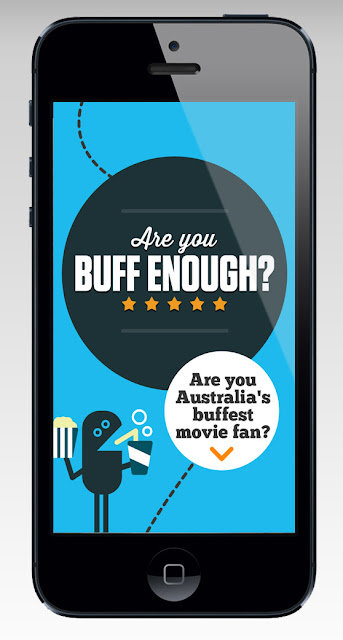 I just played in the TV-questions category and... boy, it's addictive! And I got loads right and am totally up myself right now.

Here are some sample questions to whet your appetite:
To join the 'Buff Enough' community, go here:
https://www.facebook.com/BuffEnough

Go on, dip your toe in the small screen/big screen trivia fun... it's a cool app to download/site to upload during your night impromptu drinks/trivia sesh. Do it!
Posted by Josie at 12:39