The Scar Project: 'Baring It All', on Style on Foxtel. Interviews: David Jay and Patricia Zagarella

"Breast cancer is not a pink ribbon."  This is the intro on the website for 'The Scar Project'. 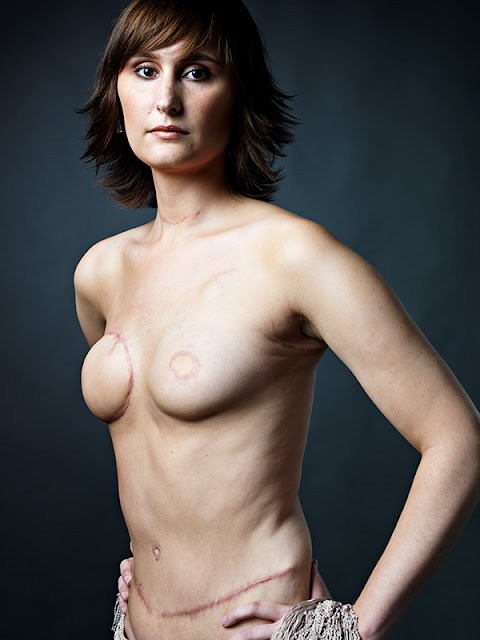 The above is just one of the many photos from the unique project, which is a series of large-scale portraits of young breast cancer survivors shot by fashion photographer David Jay. Serving as an awareness raising campaign, The Scar Project puts an unfiltered, raw face on early onset breast cancer, while paying tribute to the courage and spirit of so many brave young women.

The Scar Project is an exercise in awareness, hope, reflection and healing. The mission is three-fold: raise public consciousness of early-onset breast cancer, raise funds for breast cancer research/outreach programs, and help young survivors see their scars, faces, figures and experiences through a new, honest and ultimately empowering lens. And now, the series of breathtaking pics has been turned into a doco, to be screened on Australian TV.

Here is a trailer from the photo shoot:

Australian-born, NYC-residing filmmaker Patricia Zagarella (a multi-award winning producer, whose films have been honoured and screened at numerous national and international film festivals - 'Walk Like a Man' was Patricia's 2007 directorial debut) answered some questions for Josie's Juice, in line with the special screening:

What spoke to you about being involved with this project?

Patricia: When I first saw David Jay’s Scar Project I was captivated by the raw reality conveyed by his photos. Striking and beautiful, yet confronting and almost brutal, they push the viewer to a place normally contentedly avoided. I was both shocked and saddened, but drawn to the images like a magnet. Despite that the photos spoke volumes, I had a barrage of questions screaming in my head not only about the young women in the photographs but about the photographer: who was he? Why was a successful fashion and beauty photographer photographing young breast cancer survivors? Why did he embark on this journey and what motivates him to continue? What are his intentions and are they being realised? After I reached out to David Jay – I discovered a genuinely kind and caring man.

How well did you know David and how did he ‘sell’ the idea to you?
Patricia: I didn’t know David before this project. We have a mutual friend, who was visiting from Australia. She randomly bumped into him while on her visit and he told her about the Scar Project. She then sent me a link and my co-producer, Nicola and I, were completely blown away by the photographs – the beauty and the pain. Every woman’s eyes screamed a different story but they had all been touched by breast cancer.

When you were interacting with the subjects for this doco, what struck you most about the women affected?
Patricia: We were an all female team during the photo shoot sessions, our goal was to be unobtrusive and document the event, what we found was a palpable transformation taking place before us. Women would come to the door a little nervous and shy and by the time they left, they were proud with a sense of strength. Every single woman exuded a beauty in her strength and attitude, which David did a great job in capturing.

Did you find the journey emotionally draining and/or uplifting?
Patricia: The entire project has been incredibly uplifting. I have been so touched by all the brave women we filmed. I have learnt so much, about celebrating life and living in the moment, I remind myself of that daily.

Who do you want to have see this doco and what do you want them to get from it?
Patricia: I want people to see that there is beauty in imperfection. It’s okay to have scars and to look at them. Our goal, which is The Scar Project's chief objective, is raise awareness and ensure everyone knows that young women can and do get breast cancer. Early detection is the best prevention! The more people that see the film or the Scar Project photos, the bigger the impact.

To coincide with 'Breast Cancer Awareness Month', the Style channel on Foxtel is screening the heart-wrenching yet inspiring documentary 'Baring It All' - tonight.

In this Daytime Emmy award winning special, viewers get a moving, thought provoking look into the lives of four young brave women - all in different stages of battling breast cancer as they agree to become subjects in David Jay’s world-renowned photographic series, The Scar Project.

This powerful doco by Australian filmmaker Patricia Zagarella explores the lives of not only these young females and their new reality but also the impact that cancer has had on their loved ones. Together Patricia and David put a human face to the heroism of breast cancer survivors and the life-changing journey that unites them all.

“For these young women, having their portrait taken seems to represent their personal victory over this terrifying disease. It helps them reclaim their femininity, their sexuality, identity, and power after having been robbed of part of it battling the cancer. Through these simple pictures, they seem to gain some acceptance of what has happened to them and the strength to move forward with pride,” said David Jay.

David is a pro in high gloss covers of the fashion and beauty industry and has been shooting for over 15 years. His images have appeared in myriad international magazine and advertising campaigns. Like so many others personally touched by breast cancer, David was inspired when a dear friend of his was diagnosed with the disease.

He also took the time to answer some questions for Josie's Juice:


David, your project is incredibly inspiring – how did you first come up with the actual concept?
David: I never intended to shoot The SCAR Project. It evolved very organically after my dear friend Paulina was diagnosed with breast cancer. She was 29. Within two weeks she’d had a mastectomy. A beautiful, strong, young woman, I had taken Paulina’s picture a hundred times since she was 17. I saw her soon after her surgery and knew I would have to shoot her again. I took her picture because, perhaps as a photographer, taking pictures is my way of confronting, understanding and accepting the things I see.

How do you allow your subjects to be completely comfortable to the point of getting them to be naked up top?
David: Having spent the majority of the past 20 years shooting fashion and beauty professionally, I perhaps approach nudity with a sense of both appreciation and compassion. Requires a great deal of trust. If I have been given any gifts in my life, this trust is the greatest. Far greater than whatever minor gifts I possess as a photographer.

What do the women say to you when they shed their clothing and allow themselves to be vulnerable – how do they tell you they feel?
David: In general they don't say anything... I often wish would! Ultimately I trust my intuition completely. I have said in the past that I am acutely aware of how emotionally exposed the subject feels standing in front of me. They have nowhere to hide literally or metaphorically. There is a beautiful honesty and truth in that moment. I respect it deeply.

How did you come about choosing Patricia for this project, and when did you decide you wanted to turn it into a doco?


David: I actually didn't choose Patricia. The idea of a documentary had never occurred to me. One day I received a telephone call from Patricia. A friend of a friend had shown her the images of The Scar Project. She said she was both moved and fascinated by it and would like to do a documentary. Would I be interested? Fast forward three years: Baring It All has won an Emmy . . . and more importantly, Patricia and I are best friends.

Who do you want to have see this doco and what do you hope they get from it?
David: It’s primarily meant to be an awareness raising campaign for young women. The Scar Project is not about taking beautiful pictures of women with breast cancer but rather about taking honest pictures of women with breast cancer. I’m not going to just show half the story —that everything’s going to be fine and these girls have breast cancer but they’ll just go on with their lives—because that’s not the case. I wish that was the case but the reality is that some of these girls are dying and it’s important to have their story out there as well because that is the reality of the disease.

As difficult as it is to look at the portraits in the gallery, it’s important that they are there. Ultimately, The Scar Project is not really about breast cancer. It’s about self-acceptance, compassion, love, humanity. It’s about accepting all that life offers us... all the beauty... all the suffering too... with grace, courage, empathy and understanding.”

Here are more photos from the shoot: 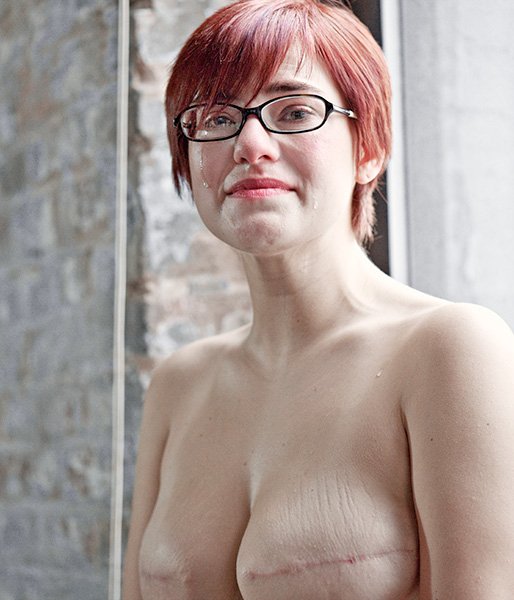 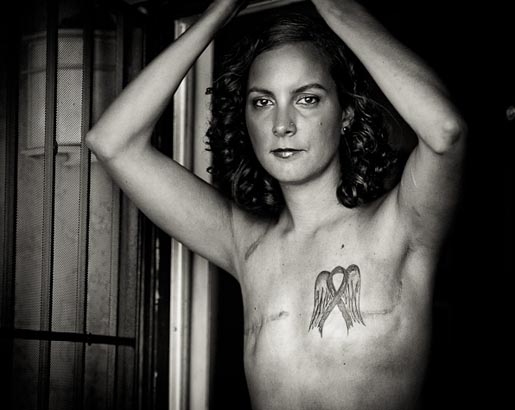 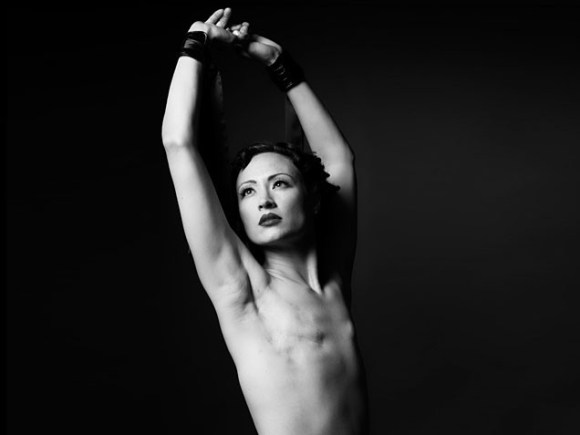 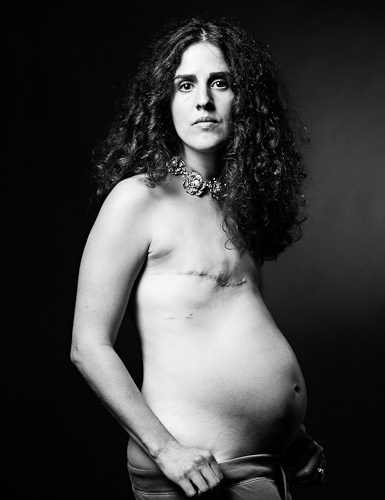 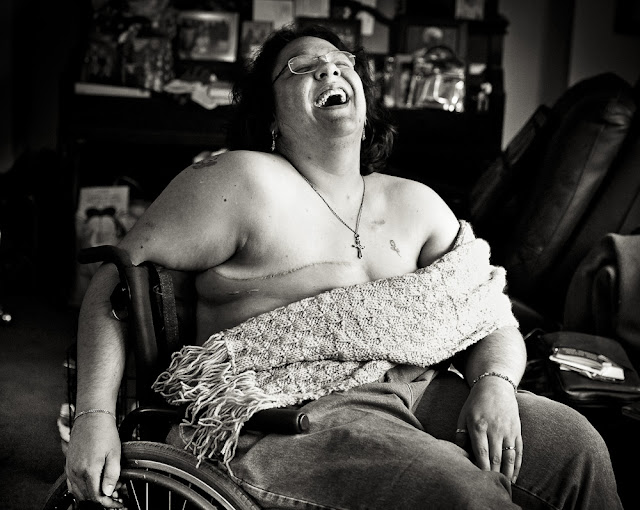 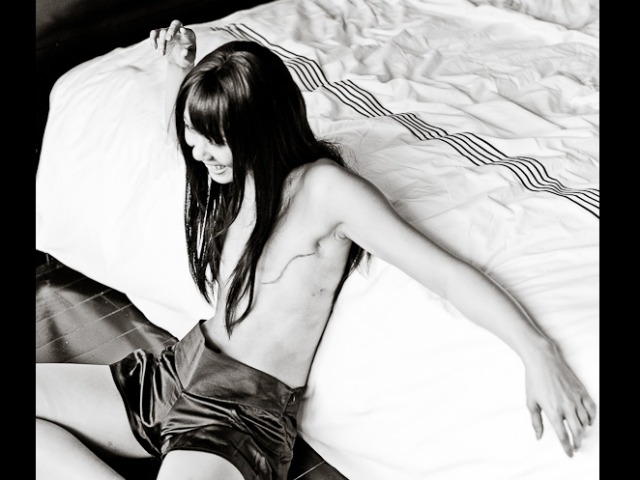 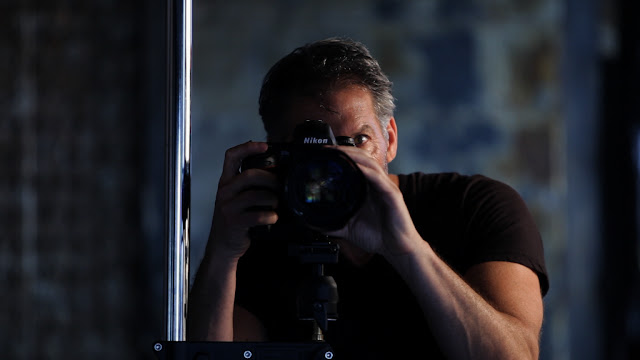