A (as yet) unnamed grandfather is gaining lots of online support after his impassioned letter of support for his gay grandson was posted online on Monday.


The letter shows just how different generations react to the news that a family member is gay... but in this instance, it's the older generation telling their kids they need to show more compassion.

In the letter (below) the grandfather passionately addresses his daughter Christine's decision to kick her son, Chad, out of their home after he has told her that he’s gay. It's very powerful.

Here is the letter: 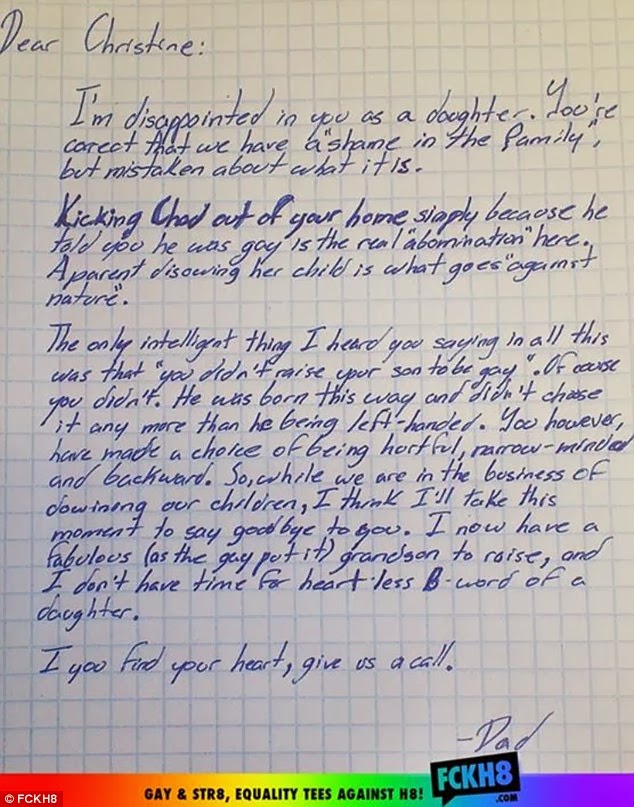