I had the pleasure of interviewing Tina Arena for the first time in 2001.

I remember the date vividly - September 10, 2001 - because it was the day before that fateful day which changed the world, September 11.

Tina was gorgeous and charming and warm and smart. We met at Sydney's Ivy, on the second floor of the venue's 'Ivy Lounge'.

She was as open and giving in the interview as I'd hoped. And the love affair I - and millions of fellow Australians - well and truly continued.

That interview appeared in 'Cream magazine.'

I then had the opportunity to speak to Tina again last year, in line with her series of highly anticipated Australian concerts (the Sydney concert at the Sydney Opera House was something else).

That interview appeared in Jetstar magazine, as a cover story.

Here is the first part, cut and pasted from the Jetstar magazine site (click link below for more).

Tina, you continue to be an (Italo) Australian treasure.

Every single 'Young Talent Time' clip of Tina Arena﻿ on tonight's 'Sunday Night﻿' reminded me of innocent times in the 1970s when I'd sit on the carpet in the 'old house' and watch Tina thisclose to the TV, and hear my parents talk about being SO proud to see an Italian (Sicilian, even!) on an Aussie TV show.

C'mon Italo-Aussies, you know it! Our folks would even hint that maybe, just maybe, we too could be on that show!

Tina's new album 'Reset' is out this week, as is her autobiography 'Now I Can Dance.' For more, click here.

BACK WHERE IT BEGAN

From representing Australia on the world stage, to embracing her new TV role which honours her performance roots, Tina Arena is truly a national icon

WORDS JOSIE GAGLIANO
You could kick off a story about Tina Arena citing all the obvious descriptions and accolades — cut her teeth in showbiz at age seven; a huge star in France; one of the most enduring talents of our time. But you could also start a piece on Arena highlighting she's one of the nicest, most giving, honest, funny women Australian showbiz has ever seen.
Born Filippina Lidia Arena to Sicilian immigrant parents Giuseppe and Franca in East Keilor, Victoria, 44 years ago, Tina clearly had a natural knack for entertaining from an early age. She made her TV debut on an Australian talent show called Young Talent Time (YTT) at the tender age of "seven and a half".
Arena recalls: "Our time wasn't as complicated as it is today; we were much more happy-go-lucky, nonchalant kids. It wasn't a generation of high technology and internet, so we didn't have all those 'stumbling blocks'. It was a very innocent time."
Read more here. 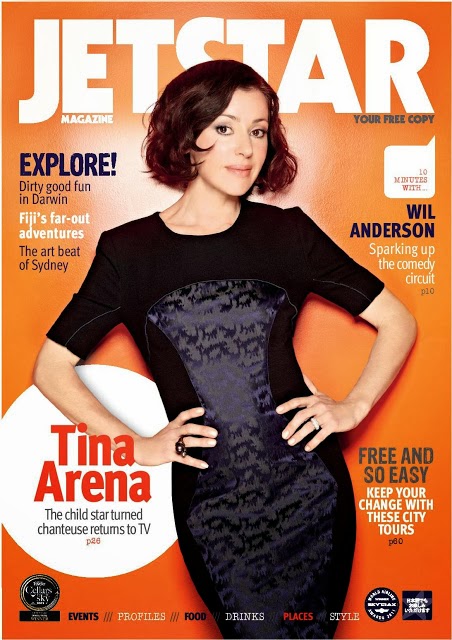