My first thought was: "How cute is the baby!" And: "Rachael looks nice." Here is the photo: 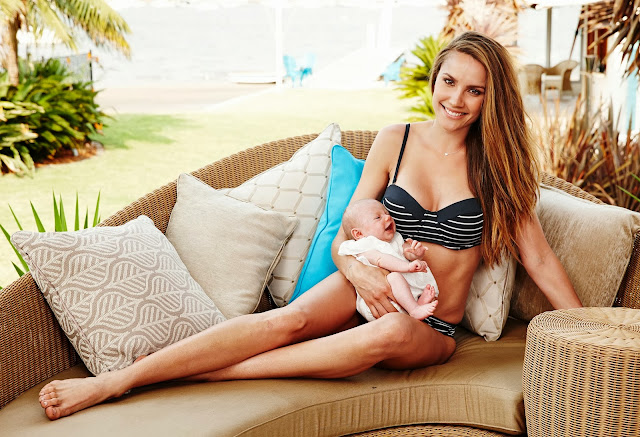 I didn't give it much thought until I went to post this story today and noticed some rumblings online that I am meant to be offended by this photo. This, from Facebook comments on the magazine's Facebook page:


Now, I will preface this by saying I have babies. Except, yeah... they're not babies. They're five year old twins. I am five foot nothing and have always been curvy, sometimes curvier than I would've liked. Recently, I have lost some weight by working damn hard at the gym and watching what I eat. Over the past five years my weight has swung the pendulum both ways, several times.

I will also say that the same edition's 'covergirl' is Princess Kate, who I thought did the best-thing-EVER for women everywhere by appearing the day after giving birth to Prince George with a sizeable, noticable post-birth belly in front of the world's media and did nothing to conceal it. I was so enamoured with that and her that I took a photo of her on my telly and posted all over my social media platforms.

But: this. Is Rachael responsible for how I feel when I see her in a bikini? For giving me low self esteem? For making me feel like I am overweight? No, no, and no.

Rachael is a model. It's what she does for a living. Her body is her currency. I would guess that, for her, the sooner she gets slim, the sooner the modelling gigs will start to filter in, if that's what she wants to do. Or maybe she wants to lounge around in trackie daks and eat chips and chocolate and lament about the severe sleep deprivation she's experiencing. While fitting in some exercise to feel good and shift some kgs. Or nothing at all, because, you know, she needs to prop open her eyes with toothpicks and she's be-yond tired.

Is she committing some kind of crime by being photographed in a bikini? She should have been fully clothed in the shoot? No, and no.

Perhaps if I was a new mum and much younger this photo of Rachael would make me feel miserable. But I am 41, realistic, and know that this is her life, and mine is vastly different.

While I do absolutely acknowledge this photo would make some women feel insecure, and in the midst of the very serious concern of post-natal depression this is the last thing someone would want to see if they dislike their post-baby body (for the record, five years after I gave birth I still know I will never get my flat stomach back, and I am okay with that), neither Rachael nor the magazine should be held responsible for how every single woman feels about themselves when they see this.

And for the record, when my daughter grows up and has a child, I will tell her to not obsess about her body post-birth and just enjoy her baby. If she'd like to lose some weight and that will give her confidence and joy, sure.

“I’m eating more than ever,” Rachael herself says, who stuck to a healthy diet and exercise regime though out her pregnancy. “I made sure I did something every day.”


“I would do a lot of yoga and Pilates. And I did a lot of walking with the dog and swimming, which was really good because it’s lightweight and was still giving me a full body workout but in a very easy way.”

“When I was training for a triathlon last year, I was eating the same amount as what I am now while I’m breastfeeding, but I’m not exercising as intensely as I was. Now I’m just walking with a bit of Pilates, yoga and dancing. But I’m eating because I’m just so hungry!”

Here is the issue's cover, with the beautiful Prince George christening photos: 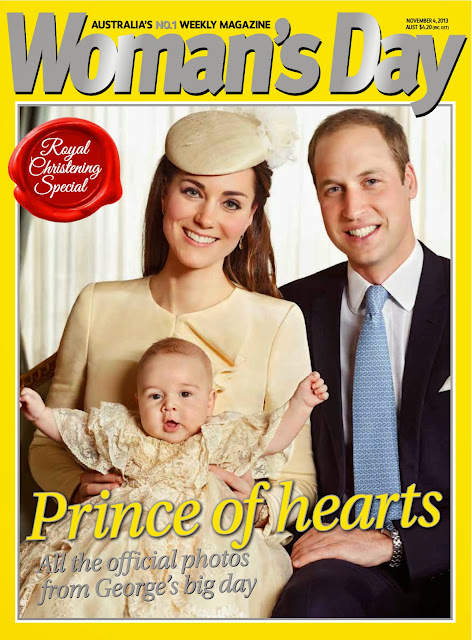