Again, the SBS show 'Insight' has delved into a world we're curious about. This time, a show on the taboo of cousins in love.

Here is a preview clip:


Across Australia, cousins are having relationships with one another, marrying and having children together. It’s legal in Australia but remains a taboo for many people. In various cultures however it's acceptable.

However, children born to blood relatives are more susceptible to various health problems and there can be an increase in infant mortality and stillbirth rates.
'Insight' host Host Jenny Brockie brings together cousin couples, their families, doctors and geneticists to find out why cousin relationships are both celebrated and scorned. 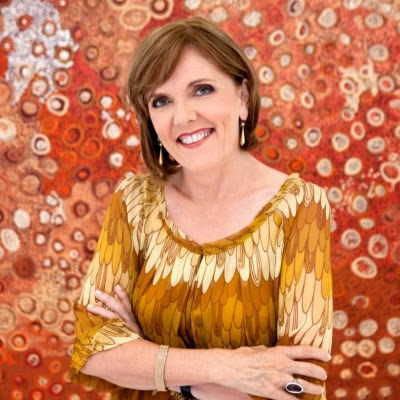 Guests for the show include:

Burak Haliloglu
Burak Haliloglu says he’s feeling under pressure from his mother to marry a cousin back in Turkey. Burak’s parents are first cousins once removed. Although Burak says he respects his parents’ relationship, he doesn’t want to enter a relationship with a blood relative. Burak’s older sister is disabled and he says many people incorrectly assume that it’s because of his parents’ shared blood.

Hythem and Leena Damouny Hythem and Leena Damouny are first cousins and have been married for almost thirty years. Even though they’re happily married, they don’t want their adult children to follow in their footsteps. They say they have been advised by a doctor that their children should not marry their cousins because it could create genetic problems for their offspring.

Alan Bittles
Genetics Professor Alan Bittles from Murdoch University believes there has been a major overstatement of the ill effects of cousin relationships and it’s created an unnecessary stigma. He says generally, a couple who are not related by blood has a three to four per cent chance of having a child with a congenital abnormality. When it comes to couples who are cousins, that rate rises three to six per cent.

Greg Jenkins
Dr Greg Jenkins is an obstetrician at Auburn Hospital in Sydney where he treats many cousin couples. He says there are significant increases in the risk of detrimental outcomes for the children of cousin couples. They include birth defects, still births, miscarriages and pre-term babies.

'Insight' is hosted by Gold Walkley Award-winning journalist Jenny Brockie and airs every Tuesday at 8.30pm on SBS ONE.

To be a part of the conversation, use the hashtag: #InsightSBS