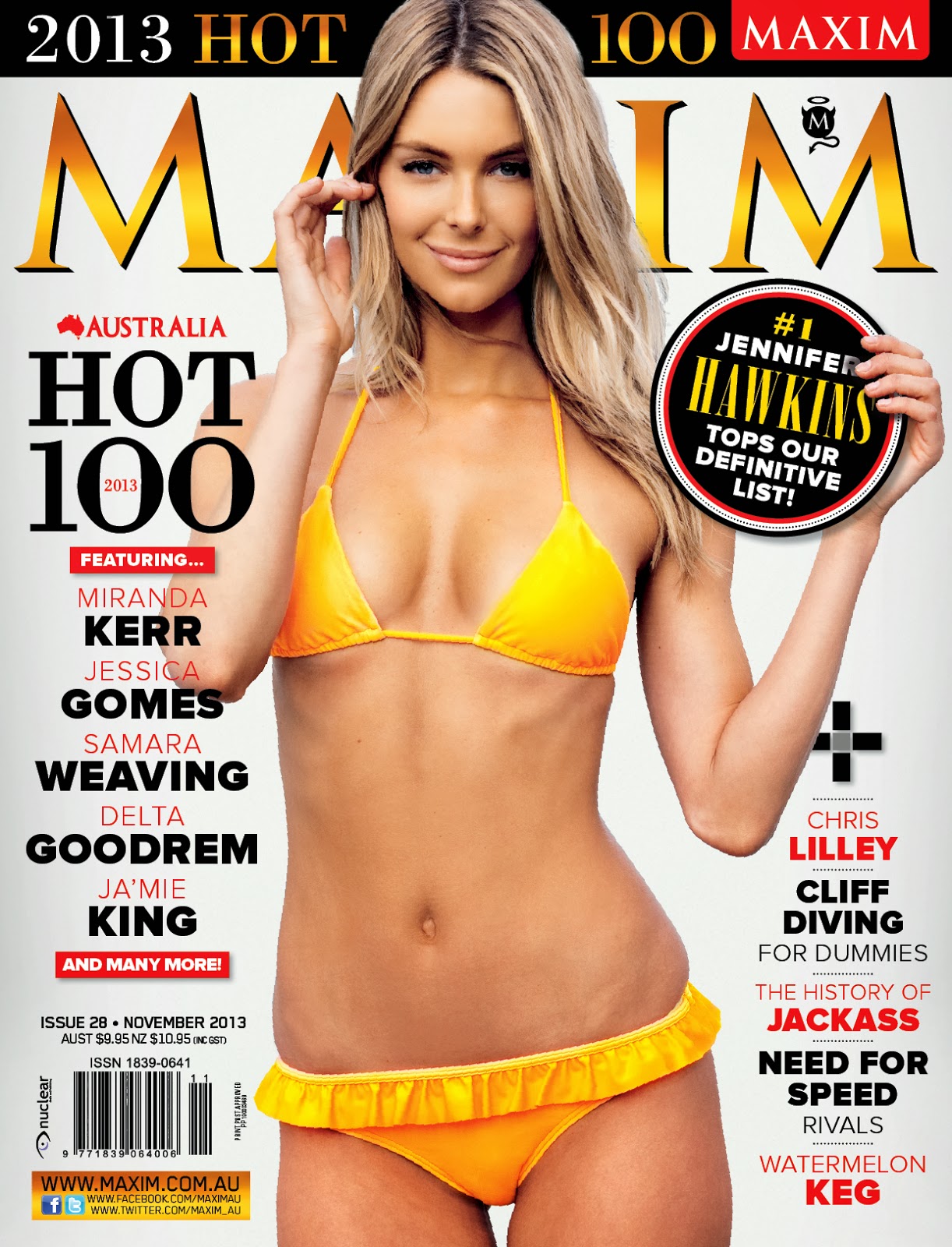 Jennifer Hawkins - she's top of the tree when it comes to the (second) annual 'Maxim' Australia magazine 'Hot 100 Australia' list for 2013.

“She’s beautiful, she’s talented, women want to be her and men want to be with her, so really, Jennifer’s elevation to the number one spot really is no surprise” says 'Maxim' editor Santi Pintado. “We received about 2,000 comments, emails and tweets from readers about who they would like to see in 'Maxim' Magazine and Jennifer is always a firm favourite.”

The HOT 100 list began in the US edition in 2000. Today the HOT 100 features in over 20 international 'Maxim' editions annually, with each compiling their own list.

“Our HOT 100 is the definitive list of Australia's most beautiful women,” Santi explains. “The requirements for making the list vary and cover many aspects including career achievements, their ‘cool’ factor, how they’ve faired in the last 12 months and whether or not our parents would like her. Oh, and they have to be Australian, of course.”

At number 2 is new entry 'Home & Away' star Samara Weaving, at number 3 is singer-songwriter Delta Goodrem; No. 4 is Miranda Kerr; at No. 5 is pop powerhouse Havana Brown who jumps from No. 41 last year; at No. 6 is the new face of David Jones Jessica Gomes, at No. 7 is Kawasaki ambassador and 'Maxim' covergirl Lauryn Eagle; at No. 8 is 'Dexter' star Yvonne Strahovski; and rounding out the Top 10, jumping up from #38 last year is Australia’s hottest pro surfer Sally Fitzgibbons.

Some of the 46 new entries this year including Tony Abbott’s daughters Louise, Bridget and Frances.

AAMI’s Rhonda has made a surprising debuts one the list at No. 92.

Politician Julie Bishop debuts at No. 97. Labor’s Federal Member for Sydney Tanya Plibersek sits at No. 99 and MP for Lindsay Fiona Scott comes in at No. 100.

The captain of the Australian netball team Laura Geitz came in at No. 60 (mixing sport and beautiful women) and a somewhat surprising entry is Gina Rinehart who appears on the Hot 100 at No. 94.

The 'Maxim' HOT 100 AUSTRALIA is presented as a special edition flip cover within the magazine’s November issue - on sale from October 17. 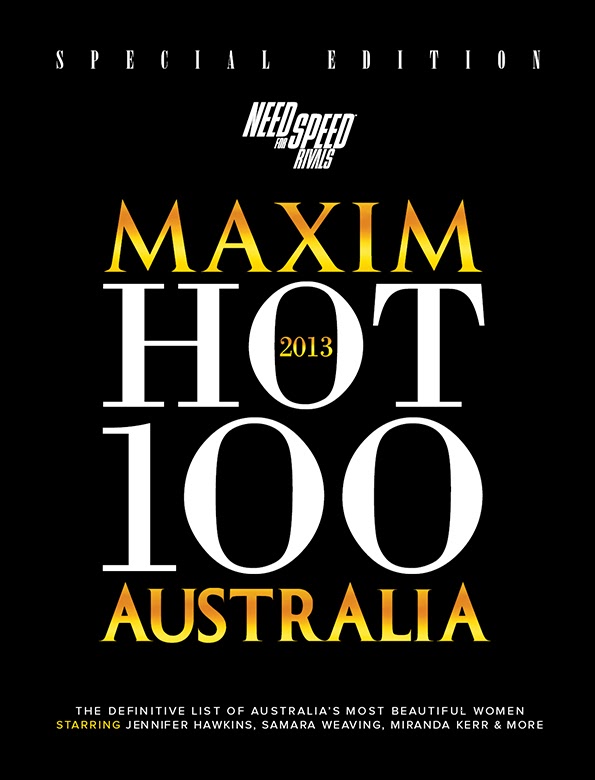 Email ThisBlogThis!Share to TwitterShare to FacebookShare to Pinterest
Labels: Australiana, Magazines, Maxim, Models, This Just In