Miley Cyrus donned yet another skimpy outfit for a performance on the US 'Today Show', later followed by an interview with the show's anchor Matt Lauer.

Miley told Matt she'll continue her 'sexual' performances to at least the age of 40.


"Probably around 40, I heard that's when people don't have sex any more. So I guess maybe around then," the star replied when asked the question by Matt.

Matt Lauer replied: "Don't say that, do you know how old I am?"

After Miley guesses incorrectly, she looks surprised to learn Matt is age 55.

Here is the entire interview:

Oh, Miley! Who misinformed you?

I know LOADS of people aged 40+ who have LOTS of sex. Not that people offer up info on their sex lives willingly to me, but, you know... I have enough convos with folks to know what I am talking about. 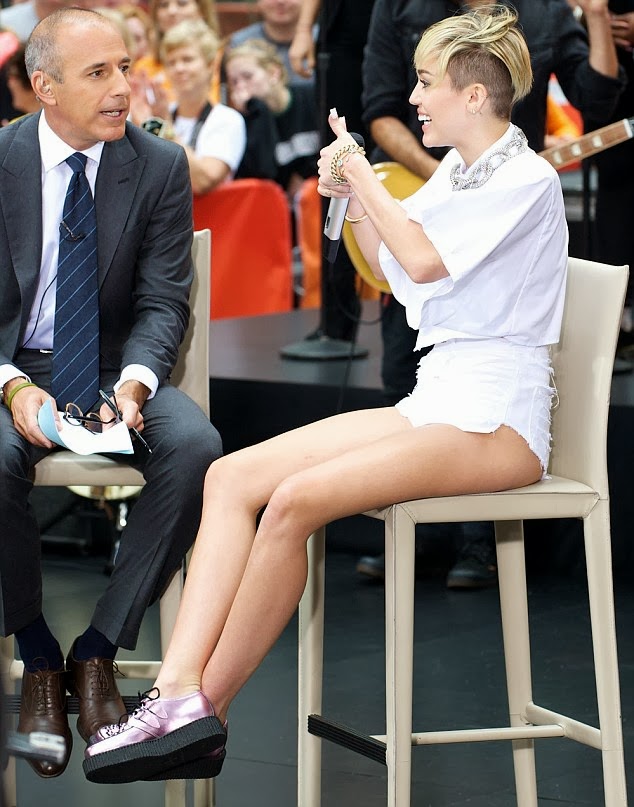