'The Grounds of Alexandria': Kevin and Bradley Missing + Facebook Comments

How many posts do you read on Facebook and sometimes you kinda scroll by?

This one caught my attention and I wanted to know more.

The Grounds of Alexandria


DEAR CUSTOMERS, WE NEED YOUR HELP!!!

We at The Grounds take family very seriously, and unfortunately last night two of our family members were taken from us.

Kevin and Bradley are loved by all of The Grounds team and we find it unbelievable that people would take him from The Grounds.

We kindly ask for everyone’s help by keeping their eyes and ears open for any information on the return of our family.

We are currently working with the local authorities for their safe return. We do currently have security footage of the suspects and will be posting this shortly. 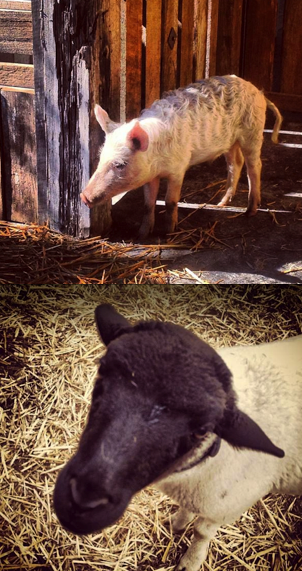 But, as we know, social media can bring out the best and worst in people, and it can be a perfect breeding ground for, shall we say, some very strong words and opinions.

Well. This is exactly the case in this situation. I wanted to post about it to not only to support the establishment, but to also highlight just how out of control comments on a Facebook page can get.

UPDATED: Kevin Bacon and Bradley have been found!

Kevin Bacon and Bradley found in country Victoria The Grounds of Alexandria is delighted to announce that family members Kevin Bacon and Bradley (our muchloved pig and lamb), have been safely found in country Victoria after being stolen from their home on 4 October. The Grounds were contacted by the owner of an animal shelter in Goongerah over the weekend stating she received a pig and lamb. She also mentioned that the pig was ill and was waiting for the vet to arrive. The animals have now been taken care of on location at the veterinary clinic in Orbost due to Kevin recovering from anxiety and an infection, which developed during his capture. Bradley is in good health. After verifying that the animals were in fact Kevin and Bradley, The Grounds contacted police and have begun plans for their safe return to Sydney. On behalf of everyone here at The Grounds of Alexandria, we’d like to thank the community and media for their unbelievable support since Kevin and Bradley were taken from their home with us. We held genuine concern for their safety after thieves broke in and we have now increased security to ensure this will never happen again. The date of Kevin Bacon and Bradley's return is expected to be known later this week.


Here are some comments, cut and pasted from the above post: