I won't lie... I love a good 'Comedy Central' roast, where the guest of honour is er, positively grilled. It's always incredibly crude, the jokes are in bad taste... but I just can't stop watching. It gives me a good dose of un-PC humour. And makes the subject squirm and cringe and laugh along with the rest of them. And someone always goes way too far.

The just-filmed 'Comedy Central Roast of James Franco' roast will screen on Australian TV on Friday September 6 at 8.30pm - express from the US on Foxtel's The Comedy Channel. 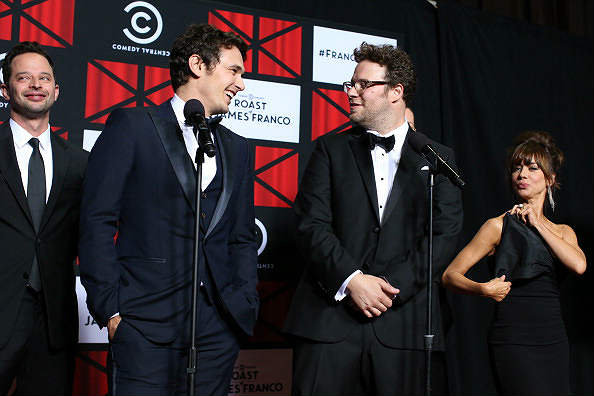 Here is another preview clip:

For more, go to The Comedy Channel's Australian website.
Posted by Josie at 22:03