Dannii Minogue: 'This is It: The Very Best Of' CD Giveaway

Dannii Minogue is back - not that she ever went away.

In fact, it's kinda nice to call Dannii 'ubiquitous' these days.

Spending most of her time in Australia now, thanks to her role as judge on 'The X Factor' Australia, she is the face of Aussie cosmetics brand Modelco, and the fabulous shoe brand Holster, and is a bona fide international television personality, style icon, singer/songwriter and author.

Dannii recorded her debut album in 1990 and has continued to release infectious pop/dance songs over the last two decades.

And look! Warner Music has just released 'This is It: The Very Best Of' featuring all her best tracks. Warner Music has kindly given Josie's Juice blog readers the opp to win one of five of these CDs. Details below. Here is the lovely Dannii:

And here is the new CD cover: 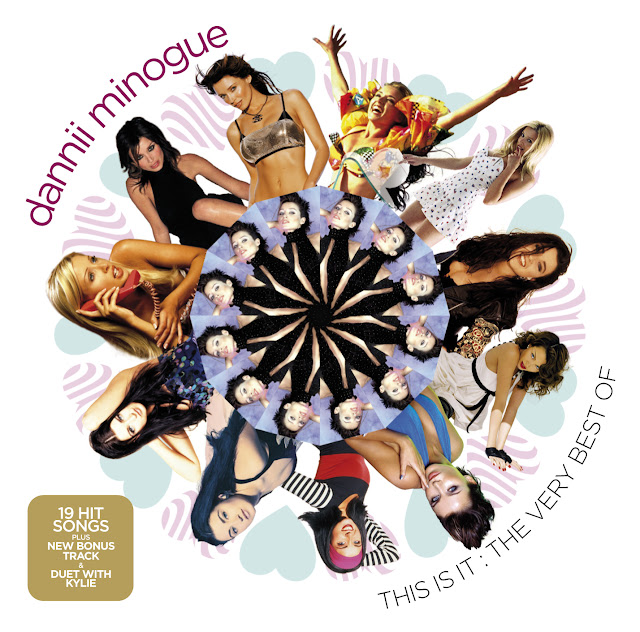 The 'This is It: The Very Best Of' CD track listing is:

In line with Dannii's Australian debut on Channel 7’s The X Factor, Warner Music Australia has released 'This is It: The Very Best Of' -  a 21 track CD and 24 track digital release which will feature a brand new track ‘Cos You’re Beautiful, co-written by one of Dannii's The X Factor UK contestants, Ruth Lorenzo, who also sings backing vocals.

This collection also includes the previously unreleased duet with her sister Kylie, 'The Winner Takes It All'. (How fab was it to see both sisters at the 'Judges House' on 'The X Factor' Australia?). This actually marks the first time the sisters have been on Australian television together since a Young Talent Time concert in 1987!

Uh, you KNOW I have the clip here (because I watched it thisclose to the screen the first time 'round in the late 1980s):

Amongst many other favourites is 'Don't Wanna Lose This Groove', a mash up remix of Dannii's single 'Don’t Want to Lose This Feeling' and Madonna’s 'Into The Groove' (oh my gawd!) - it was the first time Madonna has approved the use of one of her tracks.

Dannii has scored a record-breaking 12 consecutive Number One dance singles in the UK; more than any other female artist in the world. This began in 1997 with the chart-topper, 'All I Wanna Do'. She is also one of Australia’s biggest female music exports having clocked up over 8 million record sales worldwide.

The special Australian-only CD edition with 79 minutes of music comes with a 24-page booklet containing previously unseen images of Dannii.

Dannii will be seen alongside Ronan Keating, Natalie Bassingthwaighte and Redfoo, on The X Factor, on Channel 7 until the end of October, and she is currently judging seen on UK TV screens alongside Elle Macpherson and Tyson Beckford for 'Britain & Ireland's Next Top Model.'

And now, how to enter the comp to win one of five copies of Dannii Minogue's 'This is It: The Very Best Of' CD'...

- 'Like' the Josie's Juice Facebook page
- Share this link on your Facebook wall and re-post the pic on Instagram
- If you're on Twitter follow me here, and on Instagram follow me here
- Tell me why you'd love to win Dannii's CD and which song is your fave and why
- Email me at josiegags@optusnet.com.au with your address details. In the event you are a winner, I can contact you easily to send the CD (entries without this are invalid).
*Competition open to Australian residents only

Email ThisBlogThis!Share to TwitterShare to FacebookShare to Pinterest
Labels: Australiana, Competitions, Giveaways, Music, This Just In