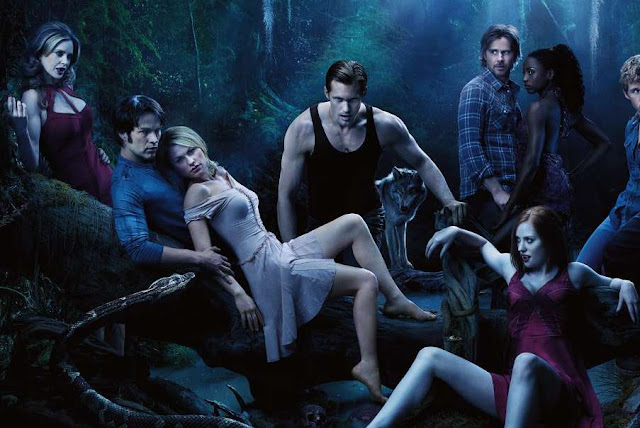 "True Blood has been nothing short of a defining show for HBO,"

"Alan Ball took the books by Charlaine Harris, assembled a brilliant cast led by the magnificent Anna Paquin in the role of Sookie Stackhouse, and crafted a show that has taken its many devoted fans on an unforgettable journey.
"Together with its legions of fans, it will be hard to say goodbye to the residents of Bon Temps, but I look forward to what promises to be a fantastic final chapter of this incredible show."
The show has fervently loyal and very vocal fans, who are diehard and dedicated, and would agree it has been a defining part of our TV culture.
The series stars Anna Paquin as Sookie Stackhouse and real-life partner Stephen Moyer, who plays a vampire. Australian actor Ryan Kwanten also stars, as well as Alexander Skarsgard and Joe Manganiello.
'True Blood' episodes averaged more than 10 million viewers for the sixth season, which screened last month.
Are you a huge fan?
Here is the season six trailer:
Posted by Josie at 19:12