This Thai TV ad (scroll below for video) has had over 11 million views since its release less than two weeks ago.

The three minute video, by phone company True Move H, starts with a young boy being chased out of a pharmacy by the owner, who has caught him stealing. She snatches the medicine he’s taken, and demands to know what he’s planning on doing with it. He says that he wants to give the medicine to his mother. A man from a nearby café comes over and calms everyone down by paying the pharmacy owner for the stolen medicine. He gives the boy the medicine and tells his daughter to fetch him some soup as well.

The clip jumps forward 30 years, with the man  still operating the café. Suddenly, he collapses. Now in hospital, his daughter is hit with a huge medical bill.

What happens next may well have you in tears. Watch: 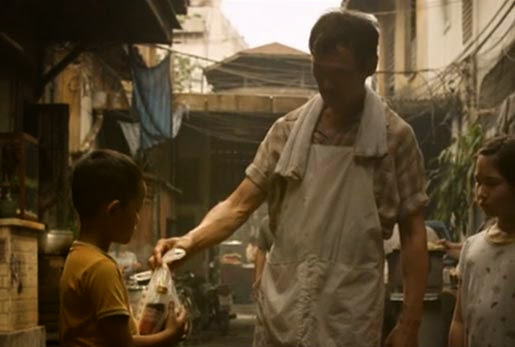