The Vanity Fair 100 year anniversary issue is hitting the stands, and she's a beauty.

Uber-model/actress Kate Upton is front and centre, ready to blow out the single candle. The shoot is photographed by Annie Leibovitz. 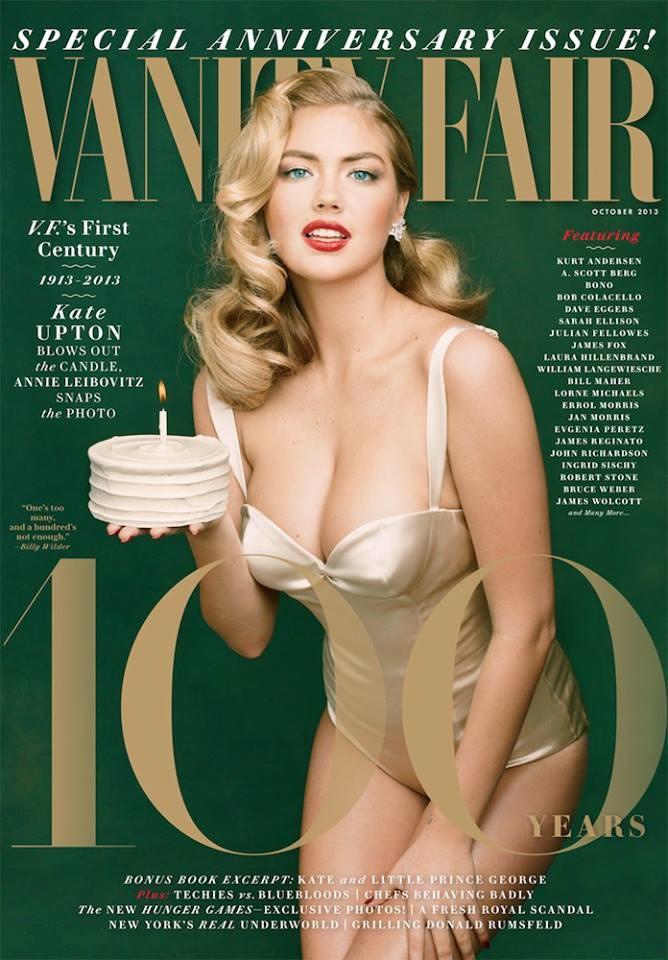 In his Editor’s Letter, 'Vanity Fair' editor Graydon Carter says of the magazine’s milestone: “In an age when nothing seems to last—not convictions, not even cities—a centennial, like the one  'Vanity Fair' celebrates this year, makes me marvel at the simple fact of longevity.”
Here is more about the issue and Graydon's ed's letter.

And here is the behind the scenes video:

Inside the issue, Leibovitz photographs Upton lounging on the moon, which mimicks the illustration on the original cover of 'Dress & Vanity Fair' from October 1, 1913.

Interestingly, Upton tells contributing editor Jim Windolf that her road to success wasn’t always easy: “I’m not going to name names, but one agency told me, ‘You’re too American, and everybody knows American women are lazy.’ I was so offended! I’ve never been so offended! I was like, ‘You know that you’re in America, right?’ And it wasn’t ‘American models’—it was ‘American women are lazy,’ period! I feel like a lot of women would disagree with that. A lot!”