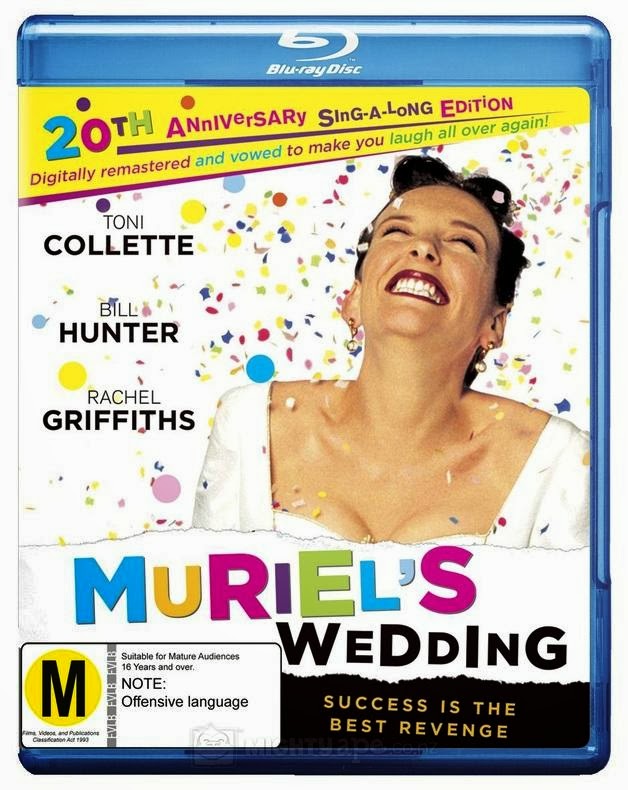 One of the best movies on the planet, Australian or otherwise: 'Muriel's Wedding.'

When I saw it in 1994 at the cinema I was mesmerised by the sheer Australian-ness of it.

The Heslop family eating a meal of 'Chinee' with a lazy Susan full of the menu's best, the town of Porpoise Spit, gay nightclubbing with Rhonda (Rachel Griffiths is perfection) in Sydney, Tania the over-tanned bully (played to perfection by Sophie Lee), and of course… poor Muriel, the breakthrough role which made a name for Aussie actress Toni Collette.


To celebrate this anniversary, Roadshow have just released a 20th anniversary edition DVD. And Josie's Juice blog has 5 copies to give away! See more below.

"You're invited to one of the most celebrated and audaciously funny hit comedies of the last 20 years - Muriel's Wedding! Celebrate the digitally remastered 20th anniversary edition of this Australian classic with frumpy, misguided Muriel Heslop (Toni Collette - 'Rake') and her lifelong quest for a glitzy fairy-tale wedding. With visions of nuptials dancing in her head, this ABBA-obsessed misfit ditches her pathetic life and plastic friends in a small Australian suburb for big-city dreams in Sydney. But the road to the altar takes surprising twists and turns - and Muriel is about to learn the lesson of a lifetime. Wry, witty and hailed by critics everywhere, Muriel's Wedding is one affair you don't want to miss."

- 'Like' the Josie's Juice Facebook page
- Share this blog post on your Facebook wall
- Comment below on why you'd like to win this special edition of 'Muriel's Wedding' then send me your address details in case you are a winner. Or, you could email your answer and address instead.
*Competition open to Australian residents only, and open for one month.