To celebrate the DVD release of 'Percy Jackson: Sea of Monsters', a fabbo day trip was organised by Twentieth Century Fox Home Entertainment to the Sydney Aquarium.

The DVD is as much a ride as the Aquarium was! So much fun, so much to see, so many hidden treasures. I highly recommend both! Bag yourself a tour guide like Steve at Sydney Aquarium and you will get the full benefit of a day trip. Such knowledge, such insight... so many facts and stats we would not have learned without him. A glass-bottomed boat ride to feed the fish (in an environment to emulate the weather of Cairns), getting up real close to sharks, touching a real-life star fish... it's all there, and all such an amazing experience. End the day with a lunch on-site and it's a day well spent for young and old curious minds.

And now, the DVD release!

Described as a the "magical, mythical adventures of Percy Jackson" – the half-human son of the Greek god Poseidon - you can now see these adventures come to life on 3D, Blu-ray™ and DVD from January 15, 2014 from Twentieth Century Fox Home Entertainment.

Exclusive special features on the DVD release of 'Percy Jackson: Sea of Monsters' offer fans - and newcomers to the flick - an immersive experience into Percy’s world.

The demigods of 'Camp Half-Blood' are once again led by Logan Lerman as Percy, the expected hero who embarks on his own, modern-day Odyssey. Alexandra Daddario returns to her role as Annabeth, the demigod offspring of Athena, goddess of wisdom (gosh, what an awesome title! I want it!).

The original cast is joined by newcomers Douglas Smith as Percy’s “monster” half-brother Tyson as well as the newest demigod Clarisse, played by Leven Rambin.

Out to prove he’s not just a “one-quest wonder,” Percy and his demigod friends embark on an epic journey into the treacherous Sea of Monsters, where they battle terrifying creatures, an army of zombies, and the ultimate evil. With time running out, Percy must find and bring home the fabled Golden Fleece, which has the power to save his world...and save us all!

At-home viewers experience more of the film’s action and scope with the 'Percy Jackson: Sea of Monsters' Blu-ray and DVD. In fact, an all-new motion comic, available only on Blu-ray, actually extends Tyson’s story. Developed with the film’s director Thor Freudenthal, this piece reveals how Percy’s Cyclops's brother came to Camp Half-Blood and where he got his iconic sunglasses! Hang behind-the-scenes with the cast through a trio of featurettes offering an insider’s look of what life was like on set.


As well as being available in traditional formats, 'Percy Jackson: Sea of Monsters' is available in Digital HD. Digital HD allows film fans to buy, collect and enjoy their favourite Fox movies digitally by streaming or downloading in stunning high quality definition. It provides multi platform access, meaning you can watch your film over and over on your tablet, laptop and other digital devices.

I am a bit old school and like something tangible (a DVD), but with young twins with iPads I can see how the immediacy of a purchasing and watching a DVD, like, right NOW makes sense, and it's what we will be doing more of. My kids will often shove a device right under my nose and say, "Mummy, can we buy this right now?" Makes complete sense.

Here is a fab movie still from the movie: 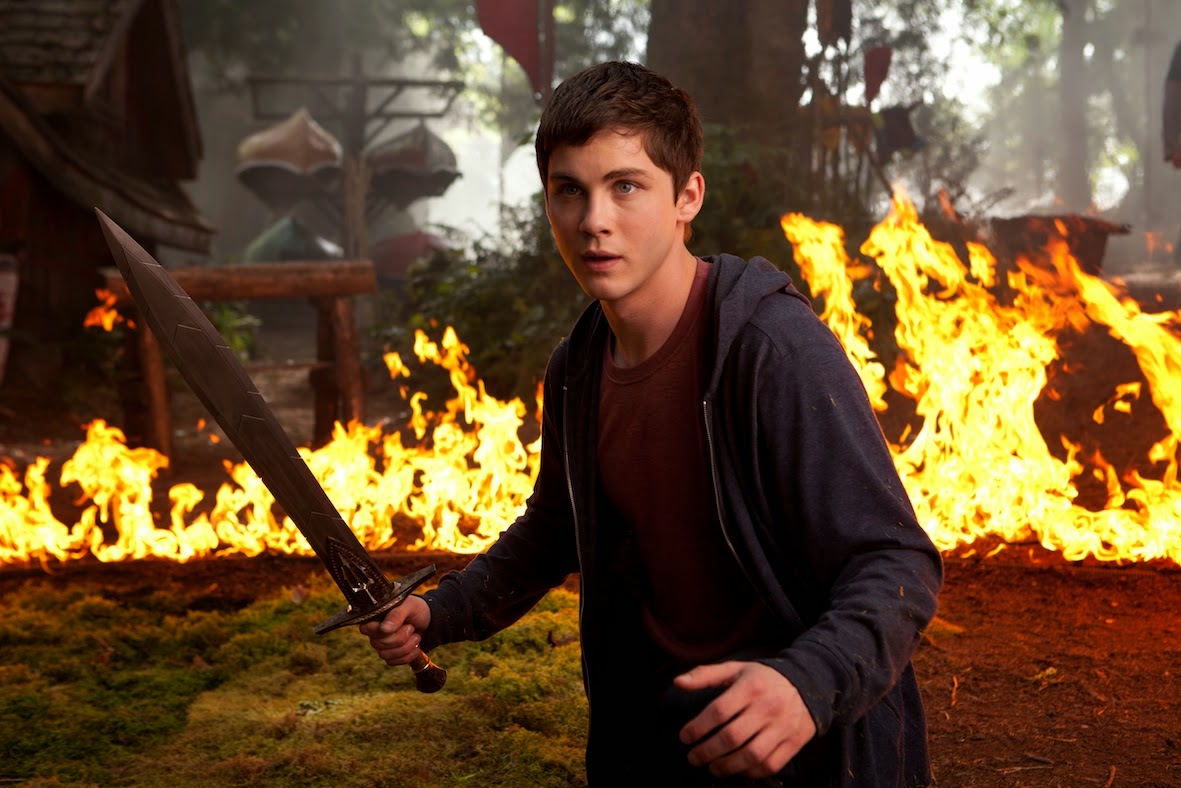 And the DVD cover... exciting! 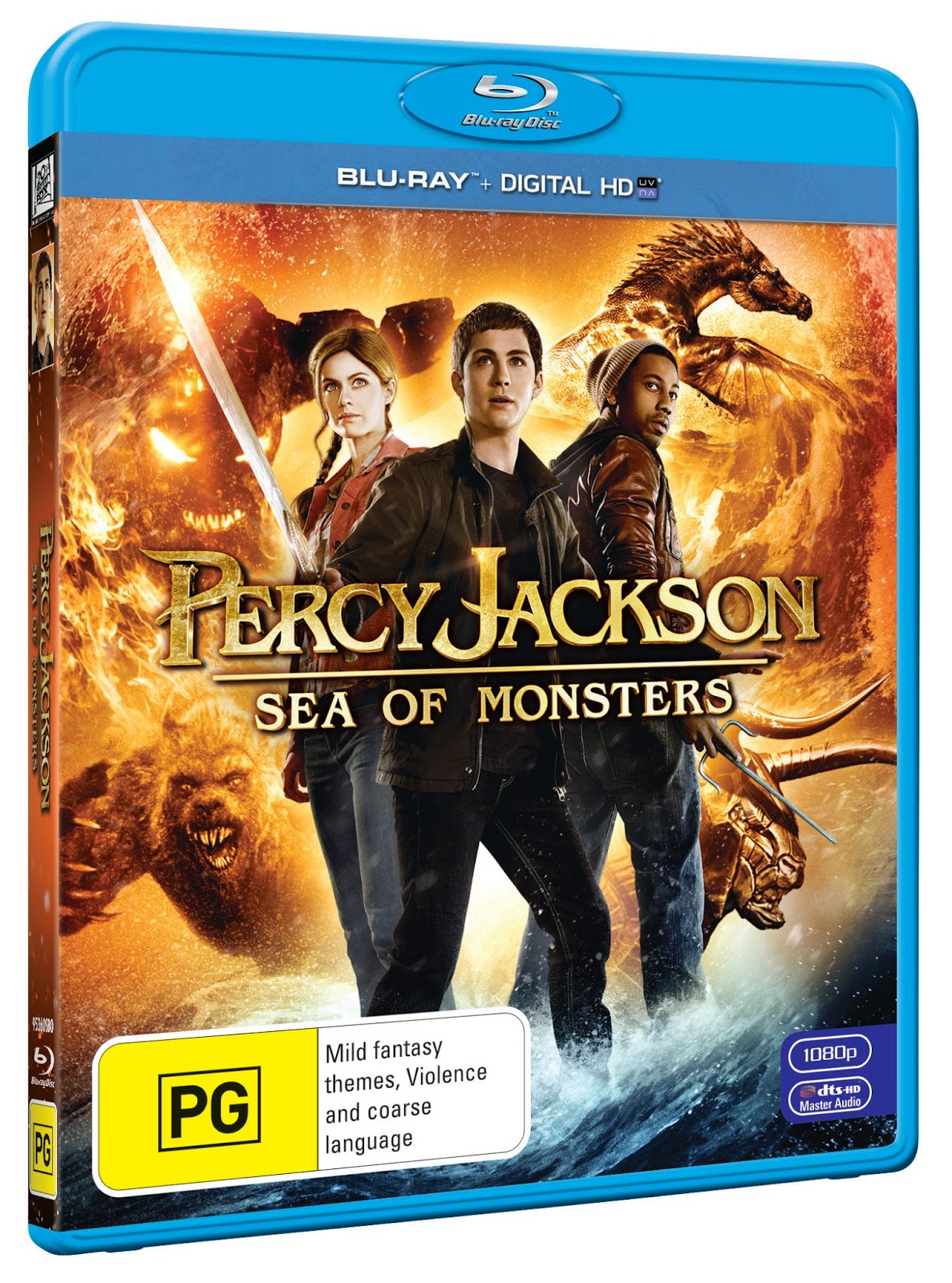 And now, thanks to 20th Century Fox and Frank PR, Josie's Juice has 20 copies of 'Percy Jackson: Sea of Monsters' - to giveaway!

- 'Like' the Josie's Juice Facebook page
- Share this link on your Facebook wall
- Comment below on why you'd like to win this DVD - or email your answer to josiegags@optusnet.com.au. Then, also email your address so we have it to send the DVD across to you.
- All steps above must be completed in order to be eligible.
*Competition open to Australian residents only, and for one month.