Madonna posted a photo on Instagram showing her son Rocco Ritchie holding a bottle of gin on Saturday January 4. 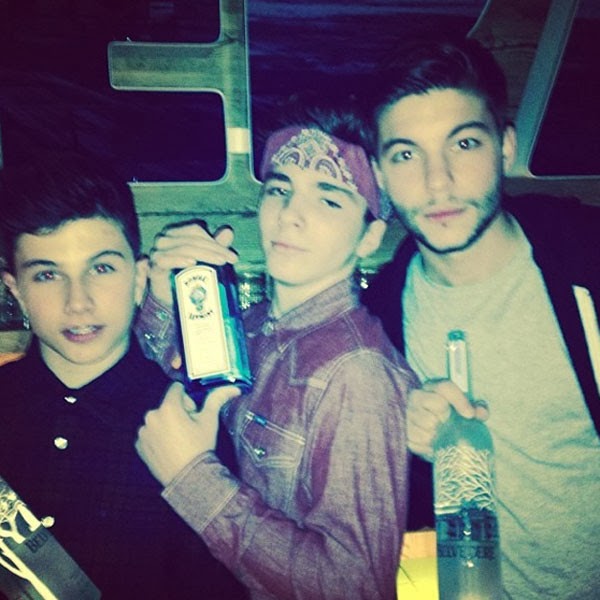 "The party has just begun! Bring it! 2014," Madonna, 55, captioned.
While the legal drinking age in the United States is 21 years old, in Switzerland it's 16 years old. Still... he's underage.
The picture generated has more than 1200 comments below the Insty shot in less than 24 hours.
Madonna addressed the backlash on Sunday January 5. "No one was drinking we were just having fun! Calm down and get a sense of humor!" Madonna wrote in another Instagram caption. "Don't start the year off with judgement!"
Thoughts?
Posted by Josie at 00:45