In news just in, Brynne Edelsten has ended her four year marriage to high profile doctor Geoffrey Edelsten, according to this report in The Australian Women's Weekly. 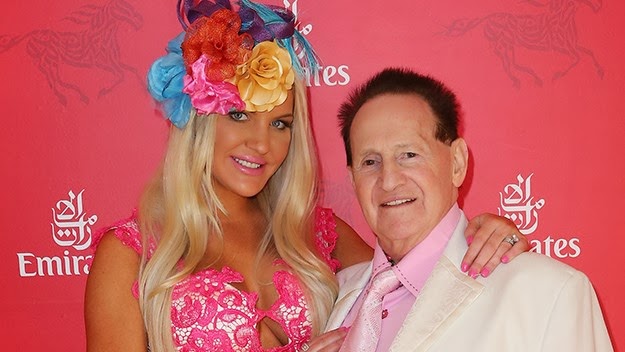 "Brynne – who is 40 years younger than her 70-year-old husband – told friends she was unable to forgive Geoffrey for an alleged infidelity that happened 18 months ago, Fairfax Media reports.

The brash blonde's publicist John Scott confirmed the couple split six weeks ago and were still negotiating a financial settlement.

Months of marriage counselling reportedly failed to save the relationship. Geoffrey is in the US, where he has filed for bankruptcy, while Brynne remains in the couple's lavish Melbourne penthouse.

She is not planning to return to her native America, where she was working as a cocktail waitress when she met Geoffrey.

"She has built a life here and she doesn't really want to go back," Scott says.

Brynne and Geoffrey's marriage hit trouble in March 2012, when he flew a woman he met on an online dating site to Miami for a lavish three-day getaway.

The woman claimed he showered her with gifts during the weekend away, including a Louis Vuitton handbag, a Michael Kors watch and expensive hotel spa treatments.

Email ThisBlogThis!Share to TwitterShare to FacebookShare to Pinterest
Labels: Australiana, Celebrities, Marriage, Sad, This Just In