Jennifer Aniston on Angelina Jolie: "I think that it's time people stop with that petty B.S…" Critics' Choice Awards, 2015

You guys, Jennifer Aniston and Angelina Jolie sat in the same room as each other, TABLES AWAY FROM EACH OTHER, and the world did not combust.

It happened this week, was barely reported on, and the world as we know it is still intact.

Reports of a feud between Aniston, 45, and Jolie, 39, started after she split with Brad Pitt in 2005 after five years of marriage. Pitt, 51, then entered into a relationship with Jolie after meeting on the set of 2005's Mr. & Mrs. Smith.. You know the story.

After this week's Critics' Choice Awards on Thursday, Aniston spoke to ETon Friday about how we should all just let it go. She has. In fact, this could well be the first time Aniston has publicly commented with lovely praise about Jolie.


"I think that's slowly coming to an end. I really do," she told ET about talk of their reported rivalry. "I mean, that movie is so beautiful and wonderful and she did such a gorgeous job. I think that it's time people stop with that petty B.S. and just start celebrating great work and stop with the petty kind of silliness."
"It’s just tiresome and old," she added. "It's like an old leather shoe. Let's buy a new pair of shiny shoes."
We like new shoes!
Here is Angelina Jolie and Jennifer Aniston at the same event this week: 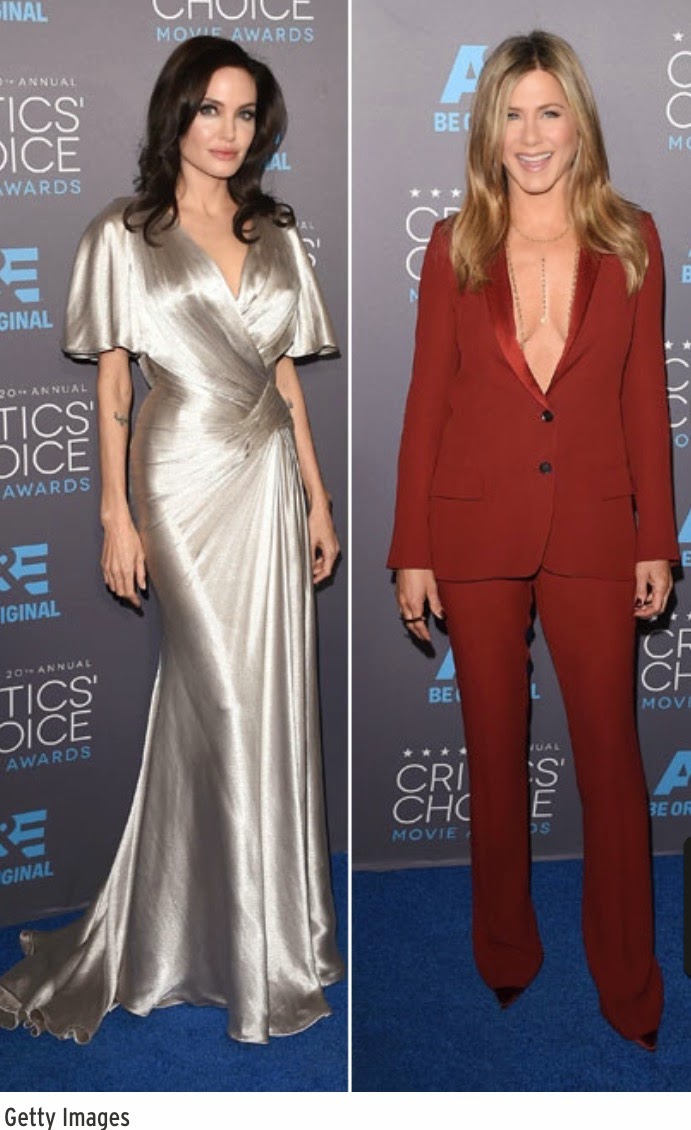 Email ThisBlogThis!Share to TwitterShare to FacebookShare to Pinterest
Labels: Celebrities, Everyone is talking about, Hollywood, Pop Culture, This Just In, Women