A statement from HarperCollins Publishers Australia on the death of author Colleen McCullough: 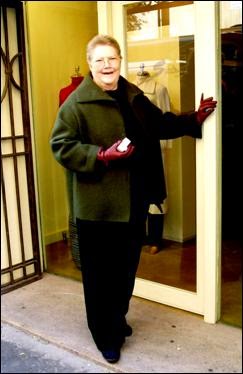 It is with great sadness that HarperCollins Publishers Australia advise that the iconic and much-loved author, Colleen McCullough, passed away on Thursday 29 January 2015 in hospital on Norfolk Island, aged 77.

Colleen McCullough’s contribution to Australian writing – and to readers around the world – has been immense.  She was one of the first Australian writers to succeed on the world stage: the signing and publication in 1977 of The Thorn Birds by Harper & Row in New York made international headlines, and the book went on to sell 30 million copies worldwide. Colleen’s success continued over the following decades and she hit the bestseller lists most recently with 2013’s Bittersweet, the story of two sets of twins in 1920s New South Wales.

The Thorn Birds’ popularity endures to this day: it remains the highest selling novel in Australia, as well as the highest selling Australian novel throughout the world. It was voted top of the ABC’s ‘The Book Club’ poll of Classic Beach Reads in December 2014, and one of the BBC’s 100 Best Novels in 2003’s ‘The Big Read’.

A self-taught reader by the time she was three, Colleen McCullough exhibited a sharp mind and a precocious talent for learning at an early age. She was born in 1937 in Wellington, central New South Wales, and her childhood dream was not to be a writer but rather a doctor – a dream that was dashed in her first year of medical studies at the University of Sydney when she contracted dermatitis from the surgical soap. Instead, she became a neurophysiologist, working in hospitals in Sydney and England before spending a decade as a research associate in the Department of Neurology at Yale Medical School in the United States. It was during her time at Yale that she began writing; her first novel, Tim, was published in New York in 1974, followed three years later by The Thorn Birds.

Colleen was one of Australia’s most prolific and successful authors. Her body of work includes 23 novels, a biography and a cookbook. She was proud of being a commercial fiction writer – writing for a broad audience rather than the elite. Her fiction ranged over a number of genres, including family saga in The Thorn Birds and Bittersweet; historical fiction in the Masters of Rome series, which is widely acclaimed as a work of towering scholarship and brought many new readers to her work, often being used as a teaching aid; crime-thriller fiction with the Carmine Delmonico series; and a postmodern re-imagining with The Independence of Miss Mary Bennet.

Colleen was famously opinionated.  In her collection of essays and memoir, Life Without the Boring Bits (2011), she discussed a number of controversial subjects, including her difficult childhood, her neglectful, cruel parents and her beloved brother’s suicide.

She was a member of the New York Academy of Sciences and a fellow of the American Association for the Advancement of Science. Her books have won and been shortlisted for numerous prizes. In 1997, she became a National Trust Living Treasure and in 2006 was made an Officer of the Order of Australia. In 2010 she was one of six recipients of the Australia Post Australian Legends Award and a stamp featuring her image was released in her honour.

Colleen McCullough is survived by her husband, Ric Robinson, and will be much missed by her many friends and fans around the world.

Shona Martyn, Publishing Director, says, ‘For all of us at HarperCollins it was a privilege to work with Col. Her determination to keep writing (via dictation) despite a string of challenging health and eyesight problems was an inspiration. Ever quick-witted and direct, we looked forward to her visits from Norfolk Island and to the arrival of each new manuscript delivered in hard copy in custom-made maroon manuscript boxes inscribed with her name! We will miss her dearly. The world is a less colourful place without Col.’

Her agent Georgina Capel says ‘It was an honour to work with the great Colleen McCullough.  She was a wonderful writer and storyteller whose books will continue to thrill readers for many years to come.  It was a privilege to be her friend.'

Read more about Colleen here.
Posted by Josie at 10:42