Sam Frost from the 2014 season of 'The Bachelor’ (I guess you could call her the 'jilted winner'?) is about to give Australia a whole lot of her in the February 2015 issue of Maxim Magazine.


“I’ll have to tell my brothers to avoid the newsagents for the month as I don’t think they’ll be too happy about it,” Sam told Maxim.
She says she is a serial 'oops, there goes my top' kinda gal.
“If there’s going to be a wardrobe malfunction, it’s going to be me. I couldn’t even count the amount of times my bikini top has awkwardly fallen off.”
The full shoot won’t be out until next month, but check out some of the shots released today, plus the cover: 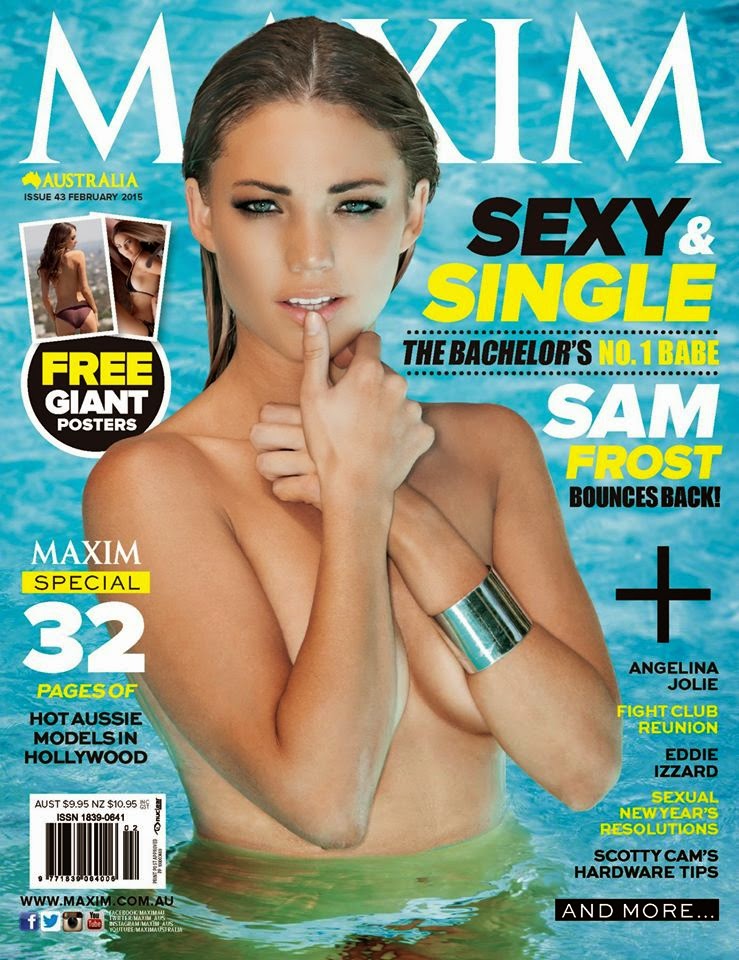 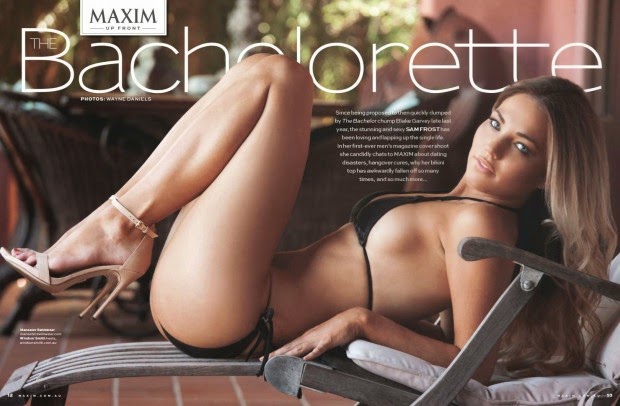 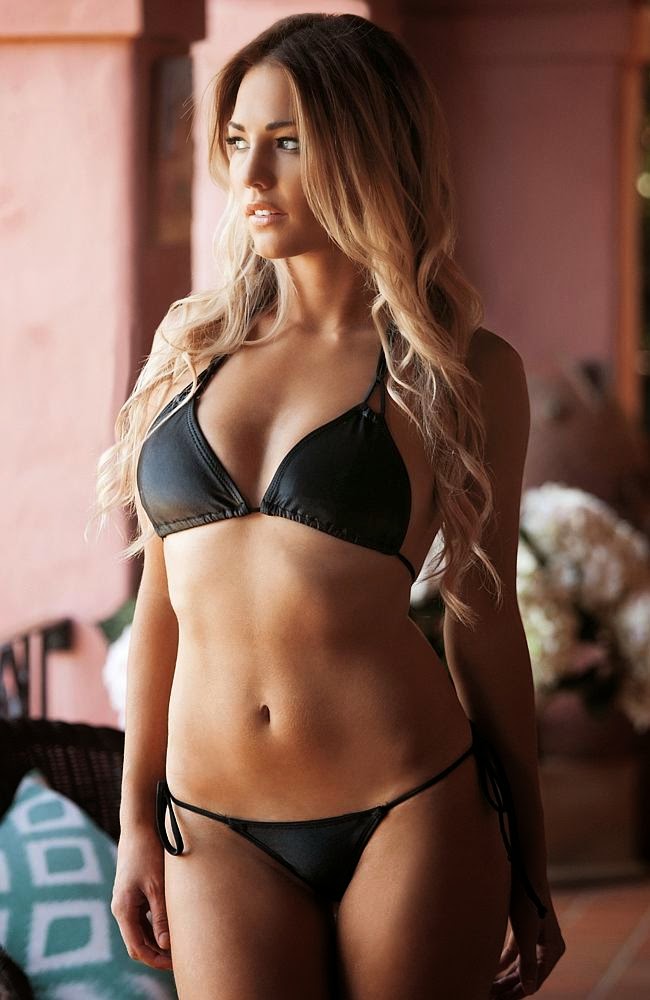 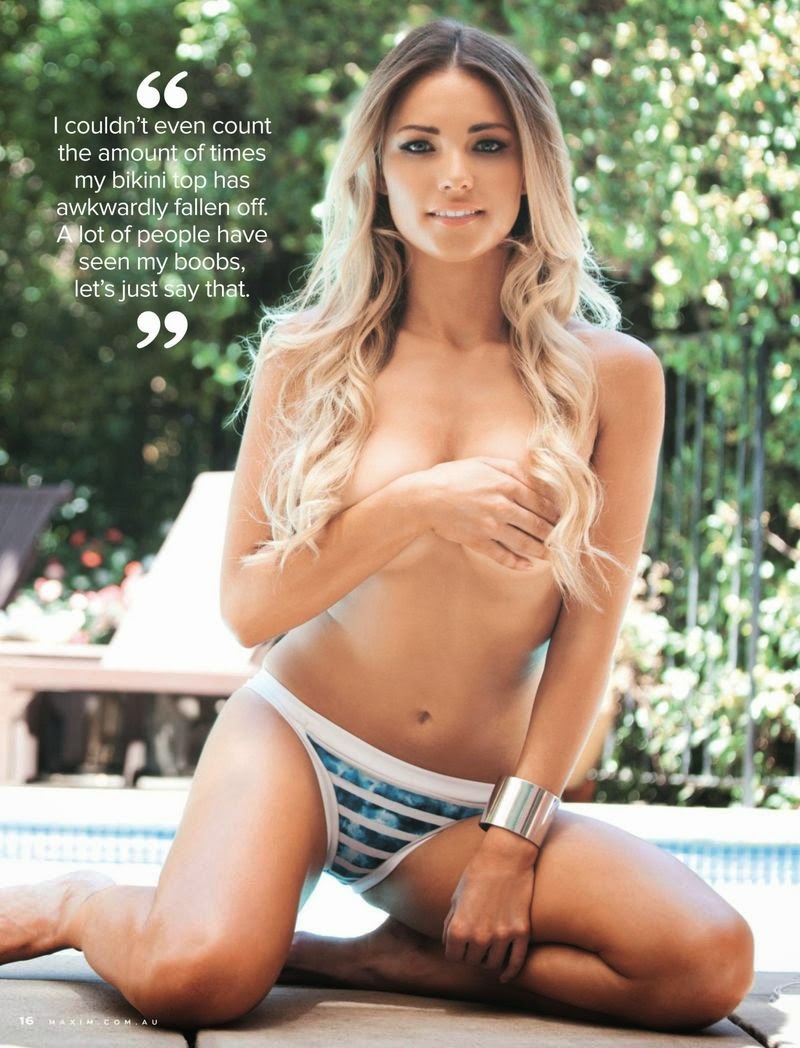 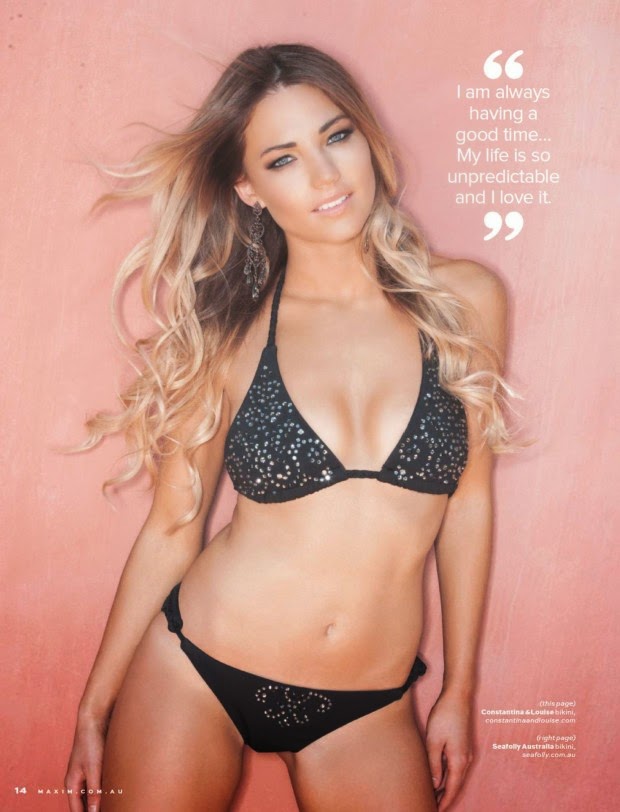 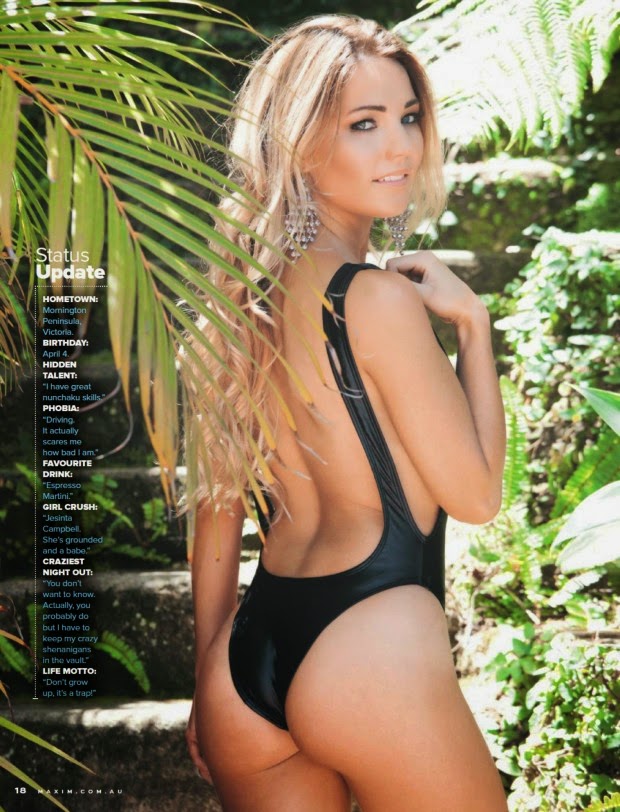