The annual Social Diary gathering is as legendary as you've heard.

If you were there, you'll know what I am talking about.

If you were not there, here is a rundown so you feel like you actually were.

One thing I can't deliver here is the absolute excitement, energy, genuine love, and ridiculous levels of enthusiasm in that room, generated each and every year. If you could bottle up that kind of frequency, you'd explode the globe. Here is a rundown of what went down:

Last night 1000 of the cream of the PR and media industry gathered at The Golden Sheaf for the tenth anniversary of Social Diary (Social Diary is the ultimate website and social network, created by PR supremo Tiffany Farrington). The theme was ‘#hashtag’ as a nod to the fact that social media has also been in (and dominated) our collective lives for the past decade too. And how: a decade in and how different we are now compared to 10 years ago, when our internet nous extended as far as being experts on how to navigate Google (okay, other stuff too, but I can't think that far back, my mind is iCloud-ed by hashtags). Now, we are hashtagging and Instagramming and filtering the bejesus out of our lives, and there is no turning back from this mad social media juggernaut.

Guests decked out in a multitude of translations of the theme (you guys, the BEST costume party you will ever see. EVER.) walked through a giant hashtag to enter the party and were met by hundreds of Twitter birds fluttering from the ceiling and ginormous Styrofoam hashtags. MC Scott Tweedie (this guy is fantastic as MC, and knows how to rev up an audience - and what a receptive audience it was! You will recognise radio presenter Scott from kids' series 'Prank Patrol', and on the Australian television music program 'The Loop') kicked off the festivities (dressed as a snapchat nudie shot complete with pixelated privates), Melissa Hoyer toasted the success of Social Diary and Paulini belted out a fabulous mash-up of songs by the artists with the most followers on social media: Rihanna, Beyonce & Miley Cyrus.

Social Diary founder Tiffany Farrington came as a techno-cyborg incarnation of the woman who lives inside all our phones, #Siri – designed by her long-time costume designer Elisa of Agent Costume. If you ever ask Siri what she looks like, she shirtily replies she ‘doesn’t want to discuss it’, or that she is ‘shiny’, and ‘with many dimensions’. Decked out in 12 ipads playing videos from the last decade of social media, high voltage LED lights shining down off mirror ball tights, laser lights on her fingers and 3 GoPros variously filming and snapping the party - guests could take their own selfies on her central iPad via her helmet GoPro. The costume weighed a whopping 17kgs and several trips to the chiro are in order. Tiffany, we all salute you. Your costume was INSANE, and nobody (and I do mean, NOBODY) throws a party like you.

The next surprise guest was long-time Social Diary performer Courtney Act, fresh off the plane from LA after huge success with RuPaul’s 'Drag Race' in the US. Courtney sang the very first song she sang at the Social Diary REHAB party way back in 2007 – fittingly, Amy Winehouse’s ‘Rehab’. After a Marilyn Monroe-esque rendition of 'Happy Birthday', Social Diary, Courtney belted out an ‘Aluminium’ version of the song ‘Titanium’, after googling that that’s what you give someone on their 10th Anniversary… clever Courtney!

Activations and interactive experiences abounded, with the famous Twitter Vine 360, popular amongst the A-list at the Academy Awards – as well as a Polite in Public animation booth bringing to life the ASL Ice Bucket Challenge; a Fonzarelli moto scooter experience; a Trolley’d mobile bar; a Fuji Instamax moment; and a makeup station by The Australasian College. Guests could even have a #selfie taken with Kurt Coleman, Australia’s ‘Selfie King’! Except he couldn’t have a drink because he isn’t 18 until tomorrow and had to be chaperoned by a minder! Ha, brilliant.

The big moment at every Social Diary event is of course the Best Dressed Competition, where guests battle it out for over $10,000 worth of prizes. Judges Melissa Hoyer, Donny Galella, Jenni Sager from Twitter and Amy Cooper deliberated to choose the finalists, and the crowd cheered uproariously for their favourites, with the ultimate winners decided upon the volume of cheers they received. Hilariously, the only three people who came as selfie queen Kim Kardashian ALL took out top honours!

Best Dressed Guy went to a Social Diary member wearing nothing but a garbage bag (Beau Kassas - a fave of Josie's Juice; his Kim K butt/champers costume was SO good!); Best Dressed Girl went to the girl with a huge foam ‘stream of champagne bubbles’ flying high over her head into a glass on her pneumatic bottom (Sara Vieira); and what many were saying was the top outfit of the night were the Best Dressed Couple, who came as Kim’s left and right butt cheek respectively (Jean Gauthier & Johnny Rockstar). This was achieved by the wearing of bulbously padded full body morph suits to represent her ample buttocks cased within a mammoth garbage bag. #BreakTheInternet indeed! Best Dressed Group went to ‘The Britney Bitches’ and another place-getter was ‘The Cloud’: a group who went around the party the whole night encased a huge white net cloud!

Another $10,000 worth of prizes were given out via treasure hunts, grabbing topless male models and simply thrown out to the eager crowd. A 2 tonne truck made its way to the party at finishing time with hundreds of 10kg bags for the appreciative guests. It's a fabulous bunch of goodies, filled to the brim with foods and toiletries and makeup and magazines).

Food was provided by the Sheaf as well as mobile food stations from Goros, NYPDeli, Brooklyn Hide, Sparkle Cupcakes and Gelatissimo cones.

On the behalf of, well, Josie's Juice (but I know I can speak for all who attended): THANK YOU - again - for the most epic night of the year, Tiffany Farrington.

Here are some of the photos from the event, with all photos by Esteban La Tessa (more to come!)

But first, a Vine vid: 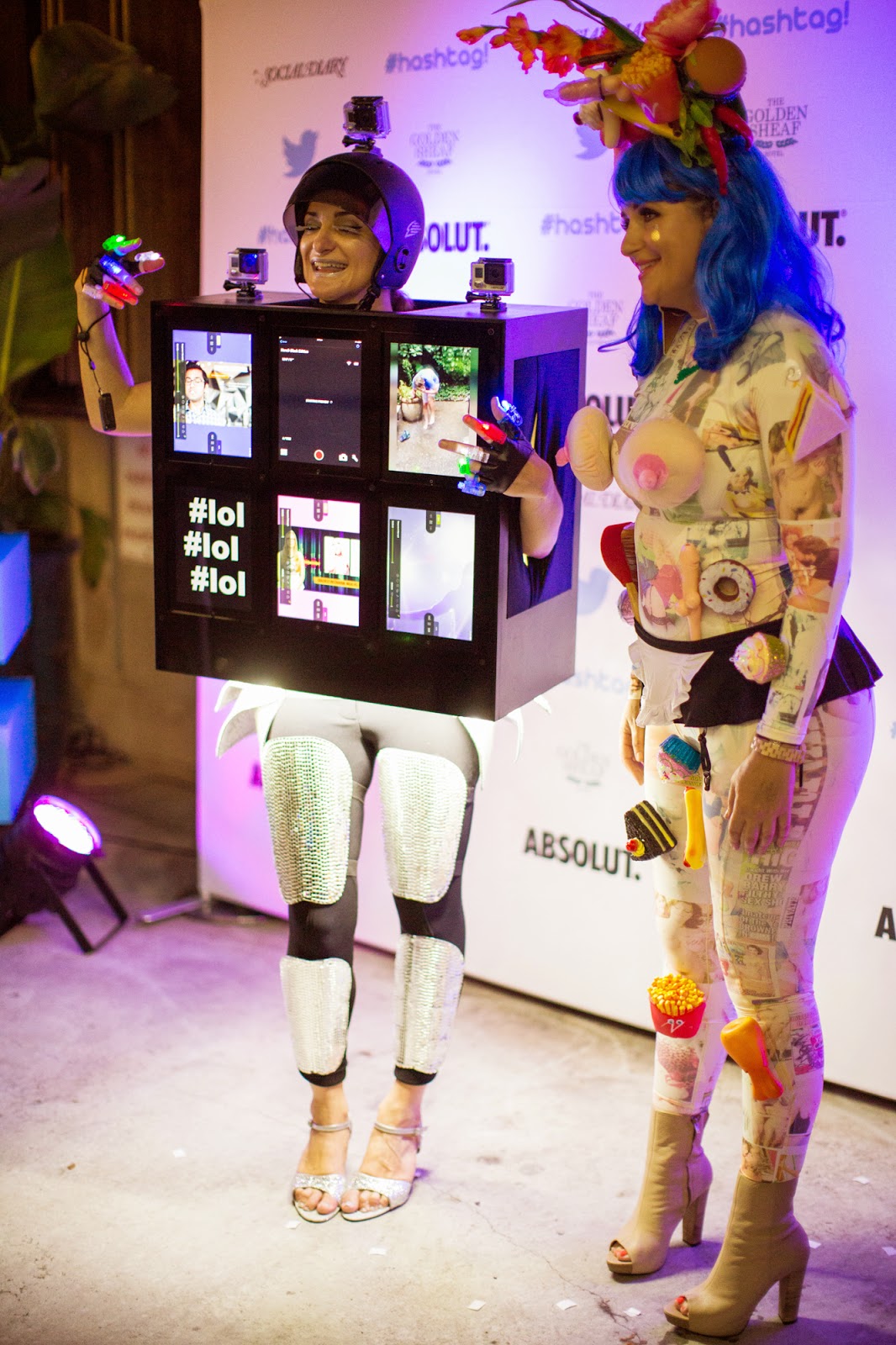 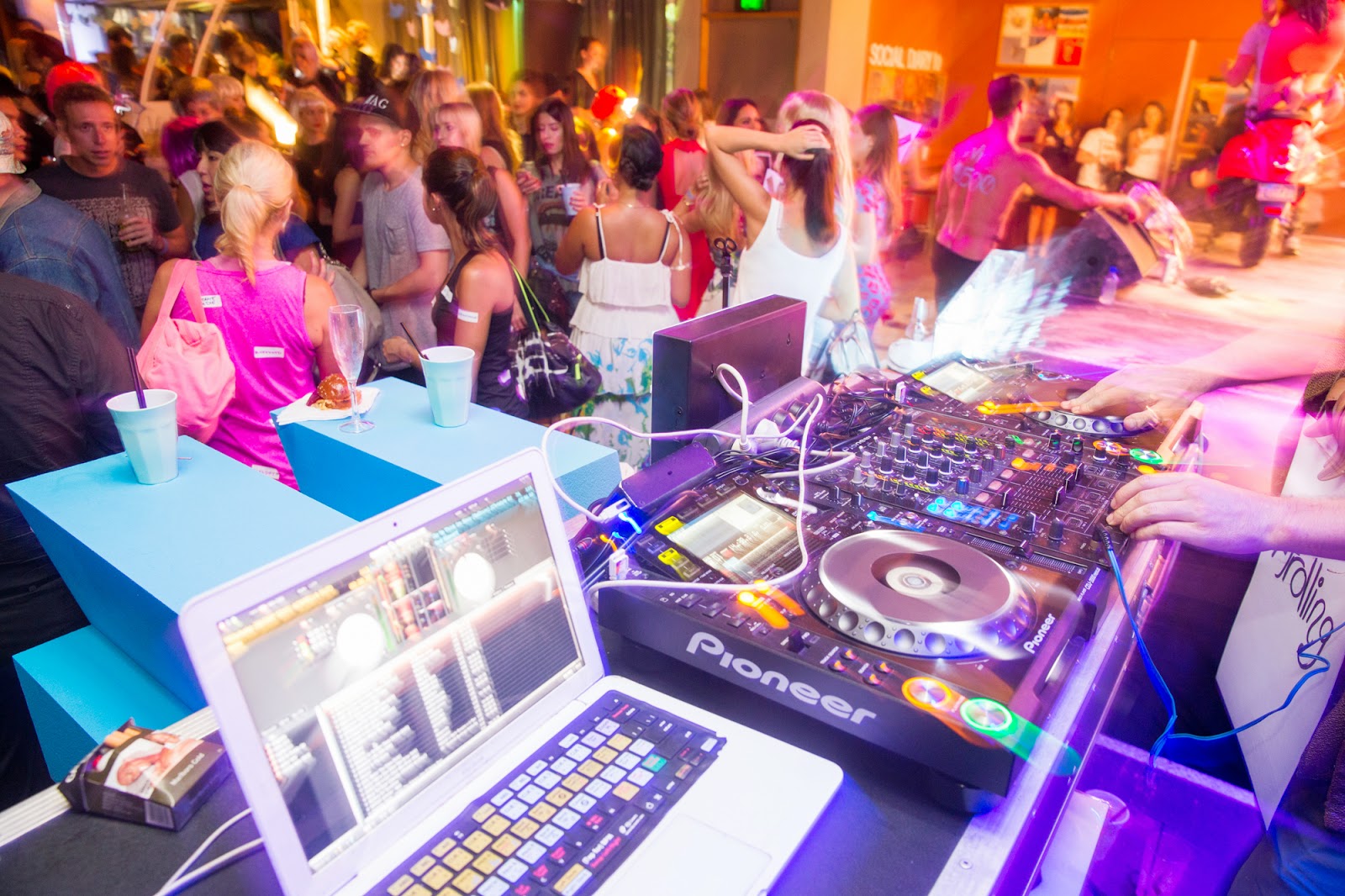 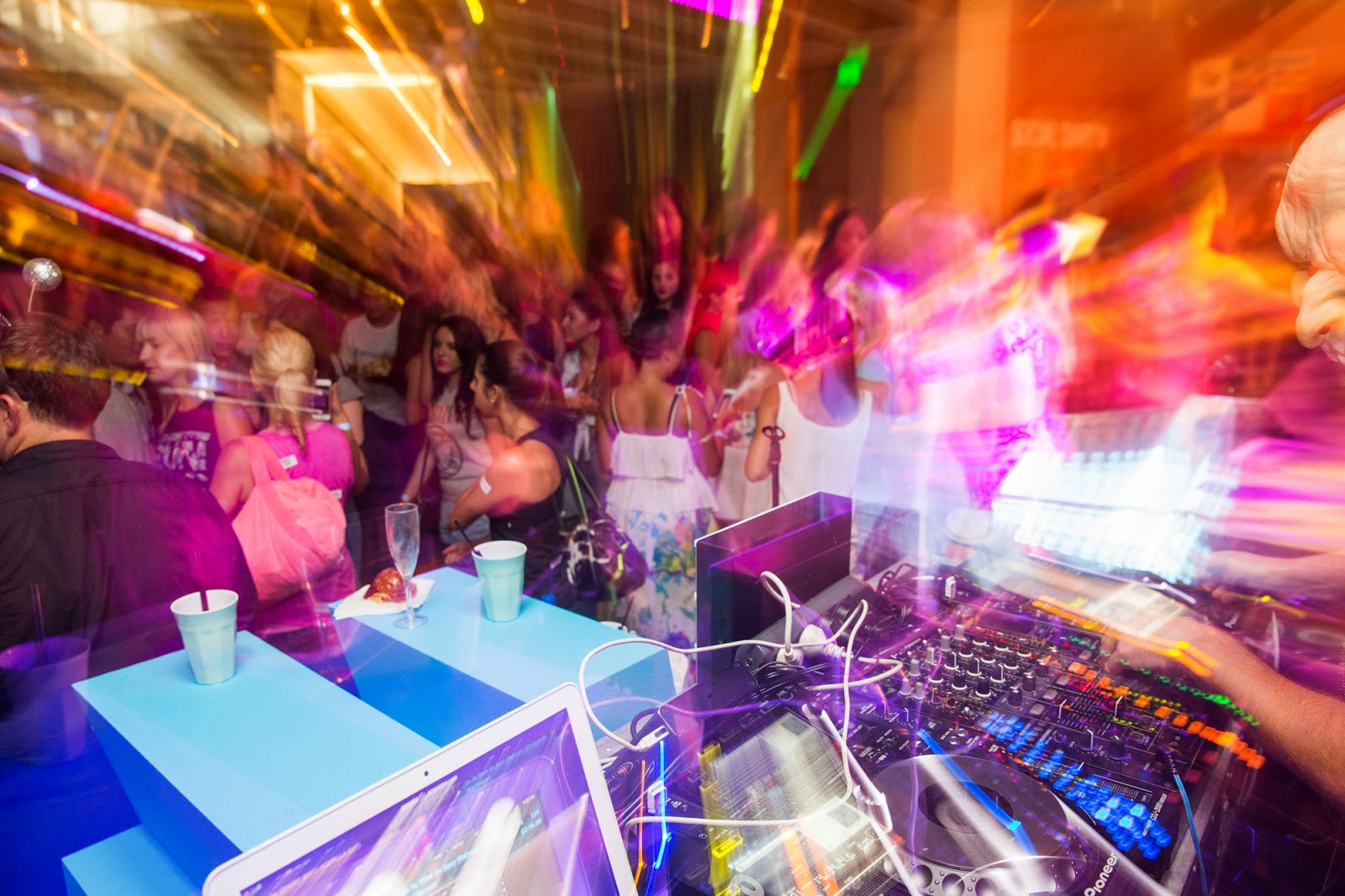 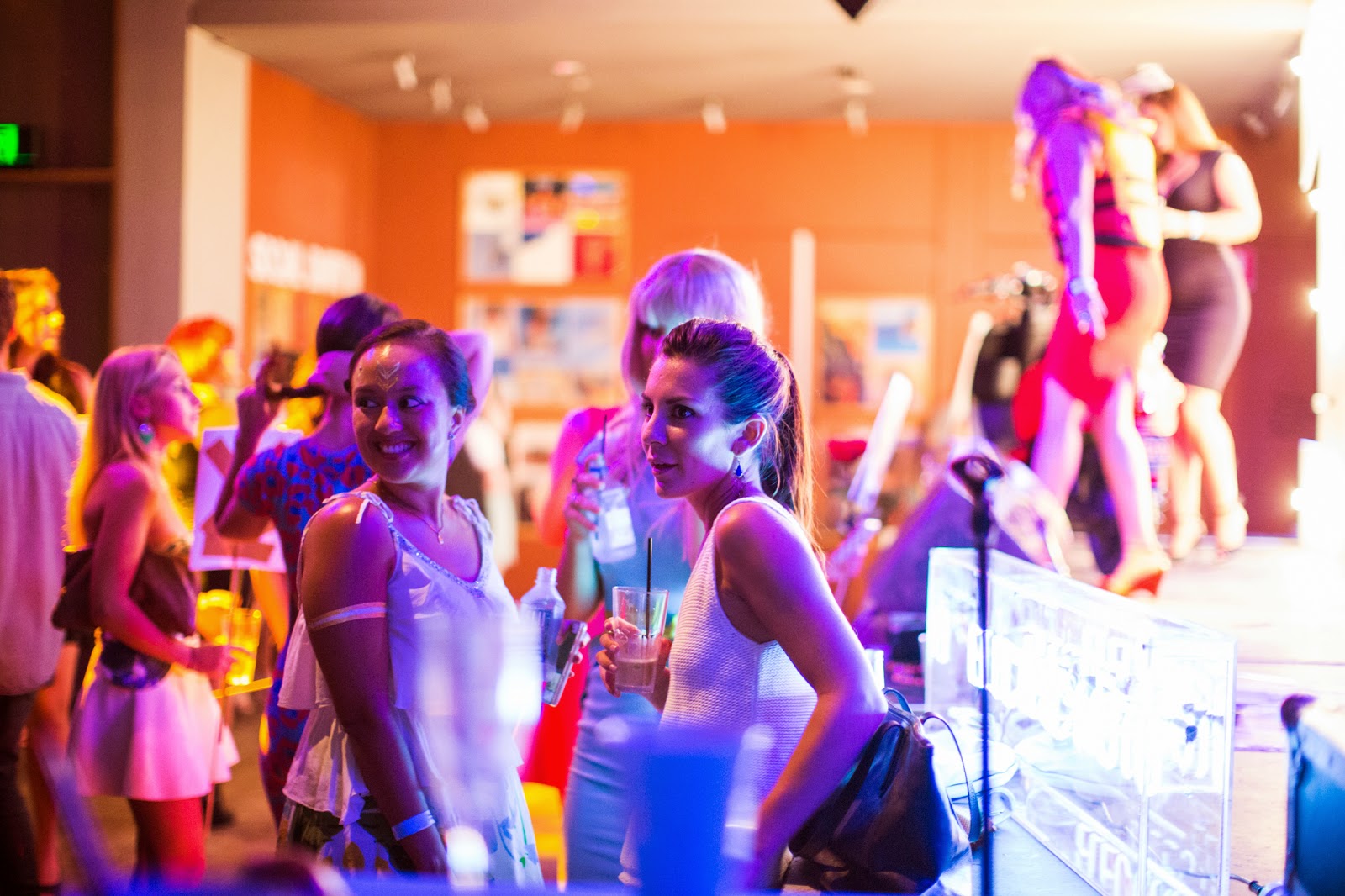 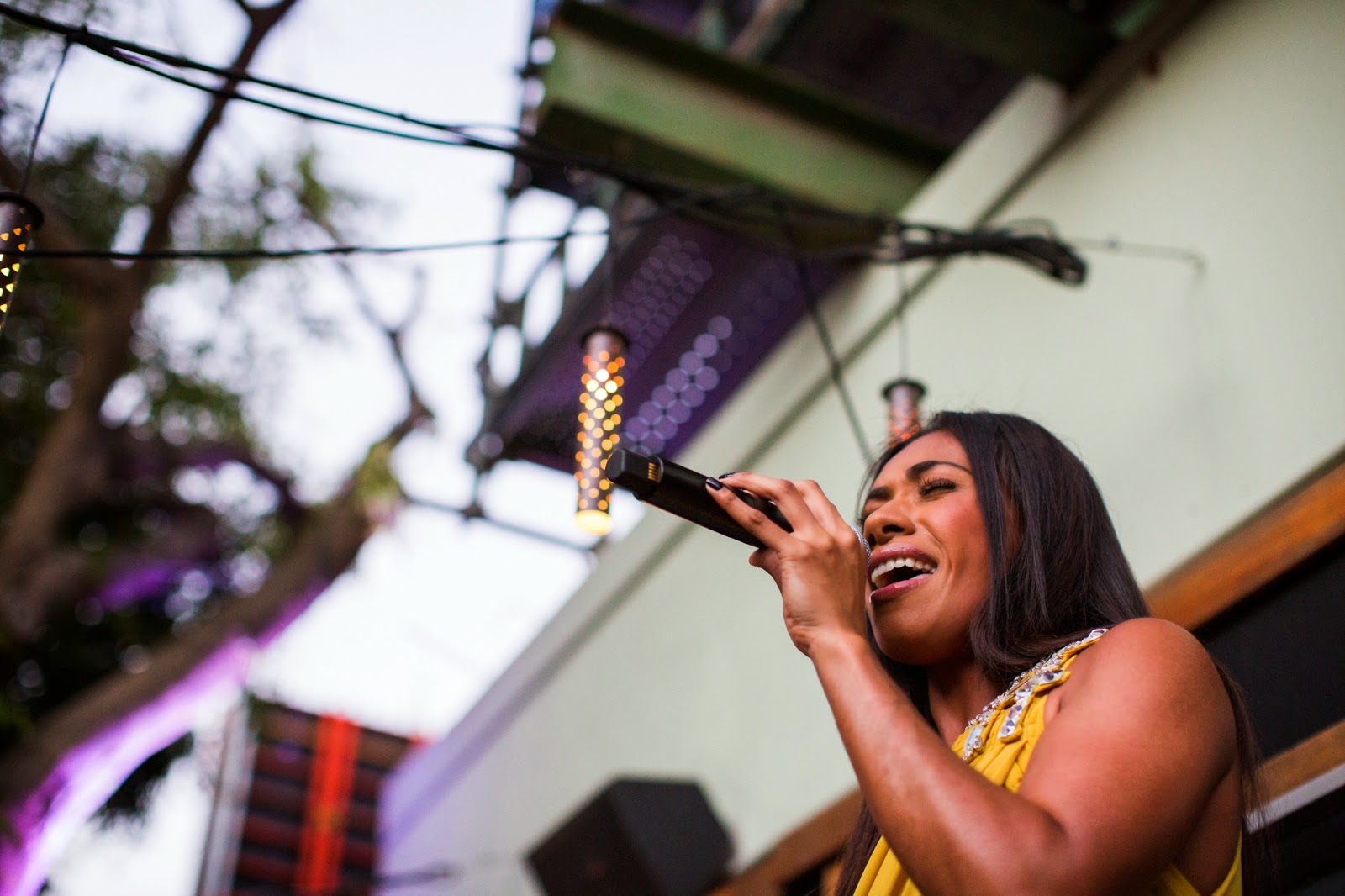 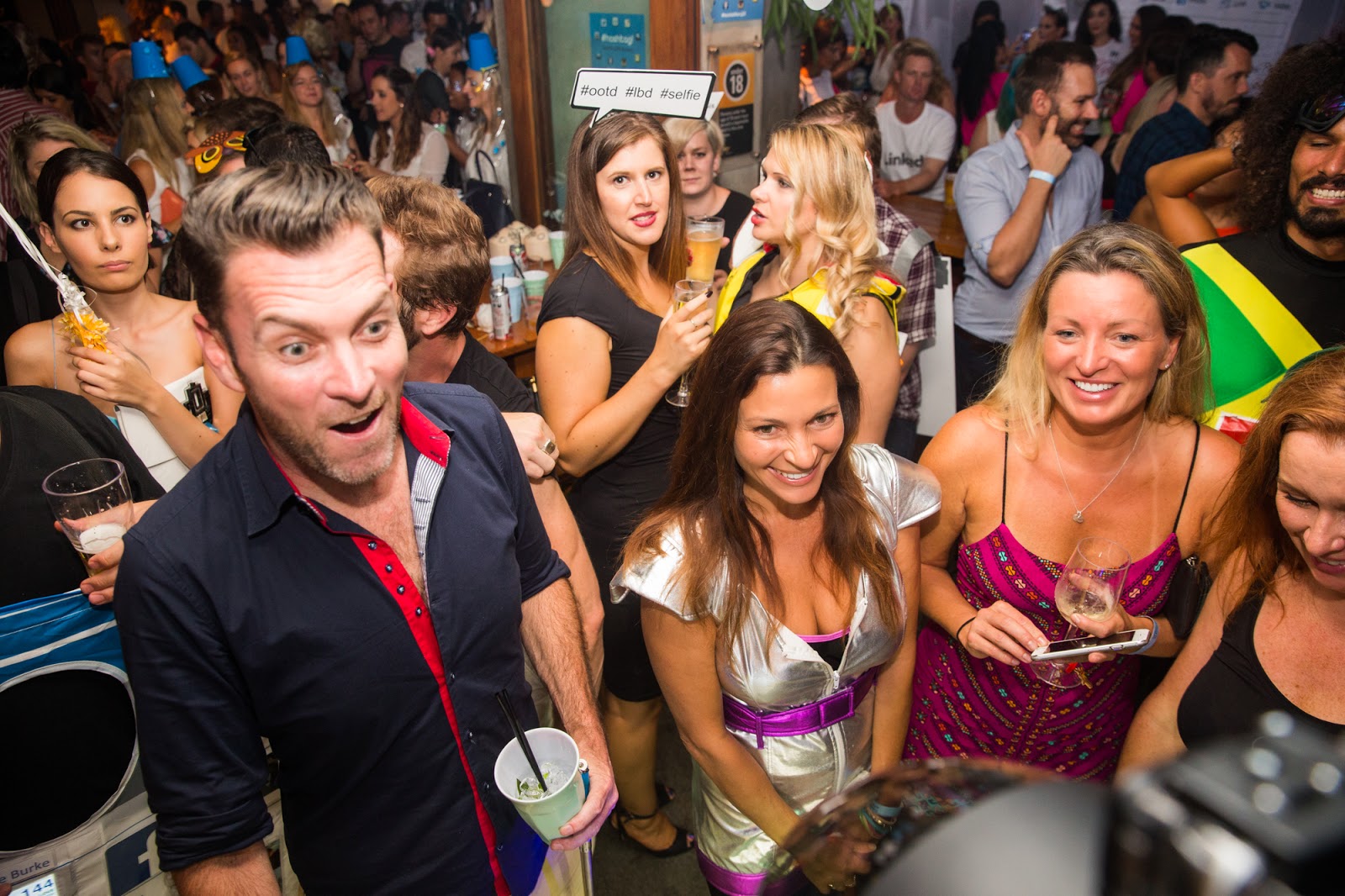 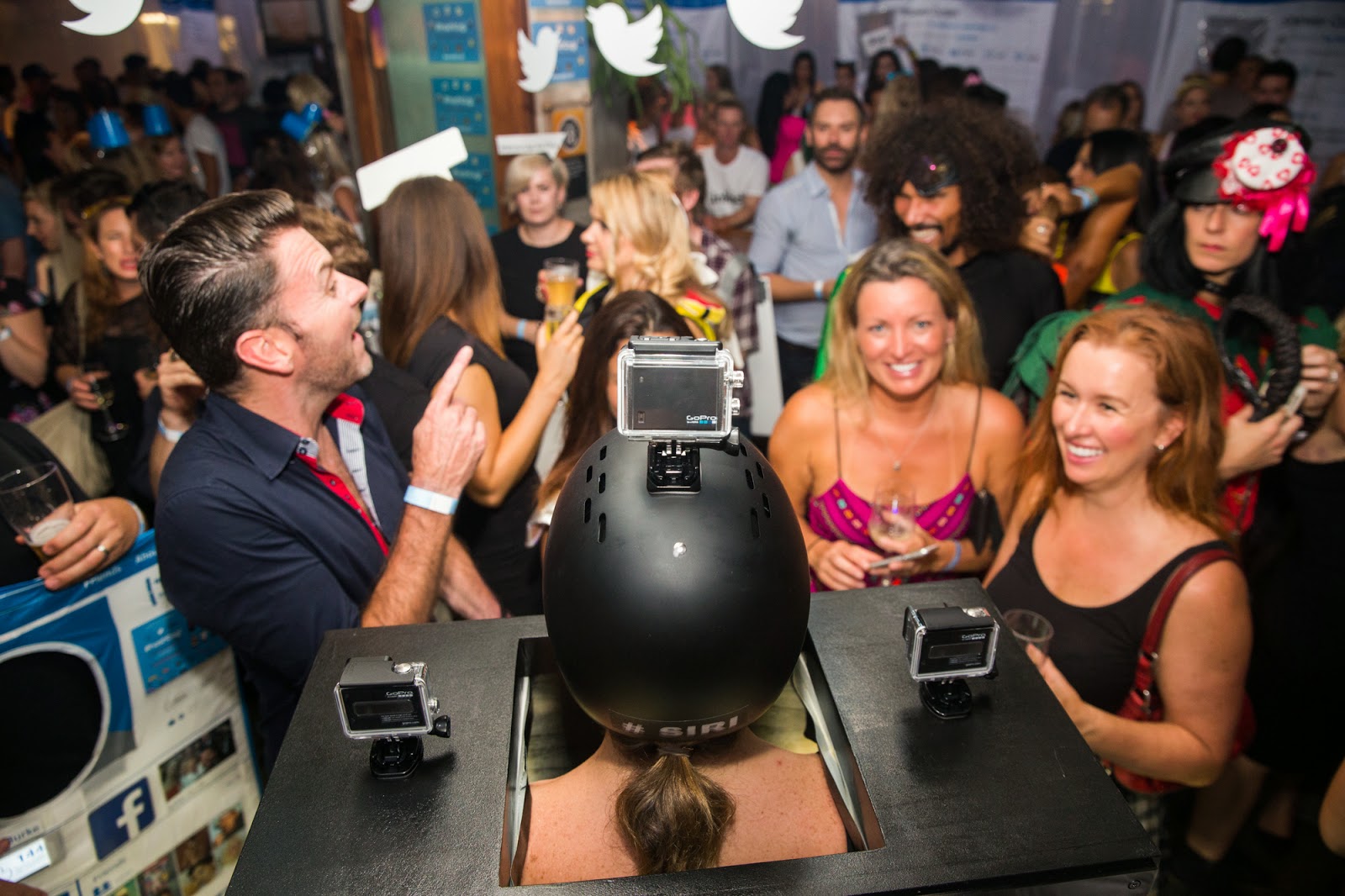 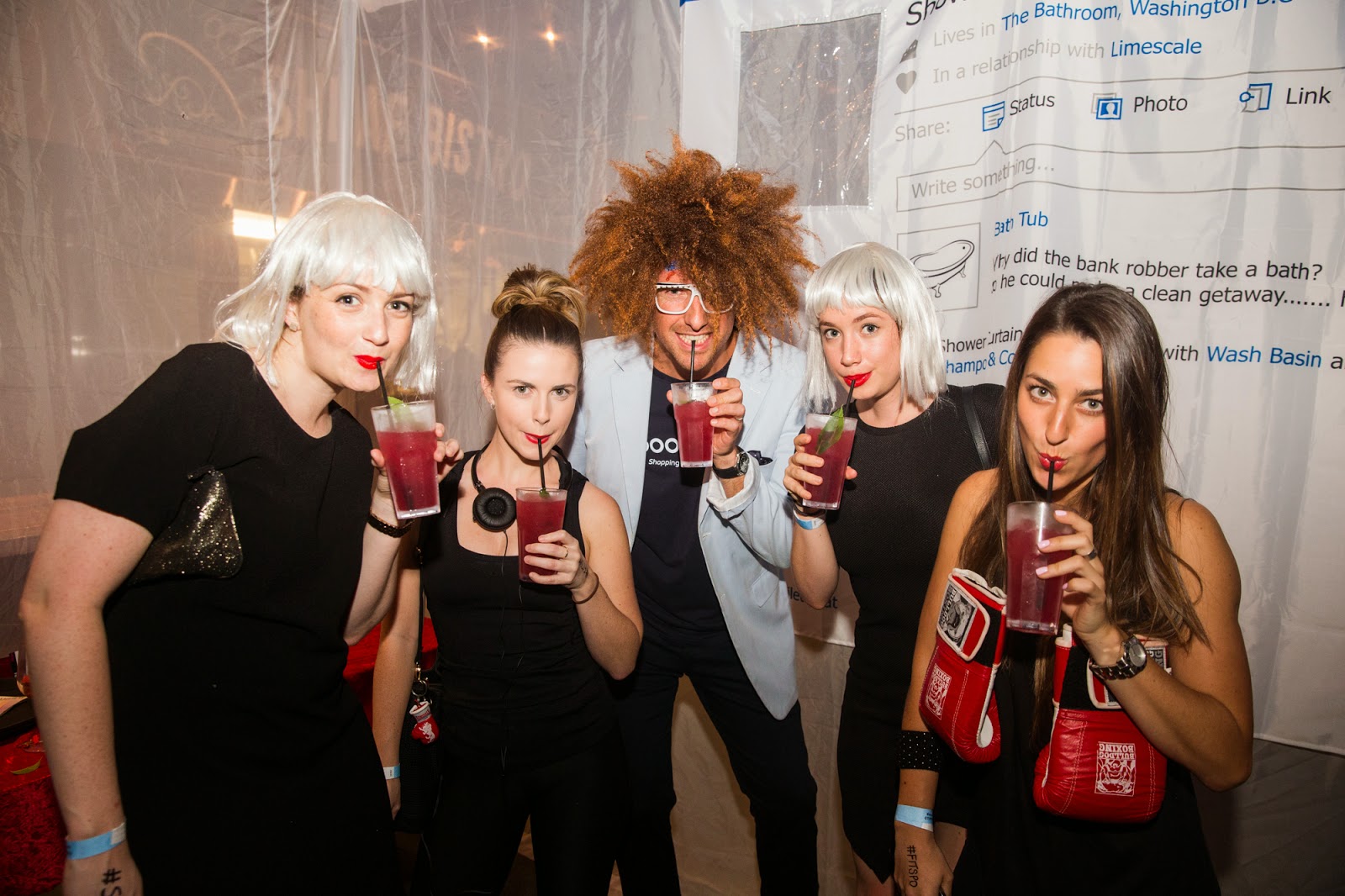 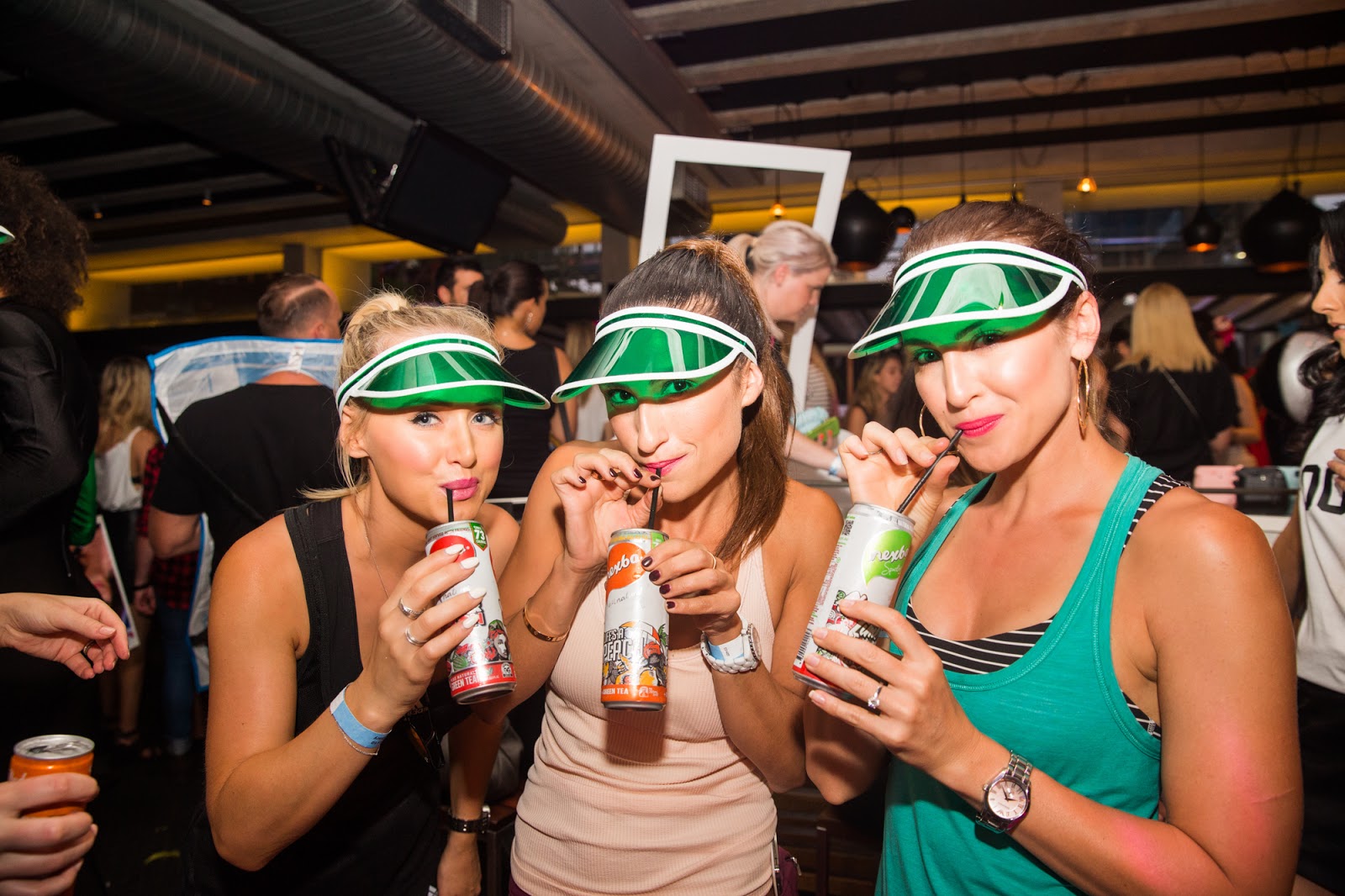 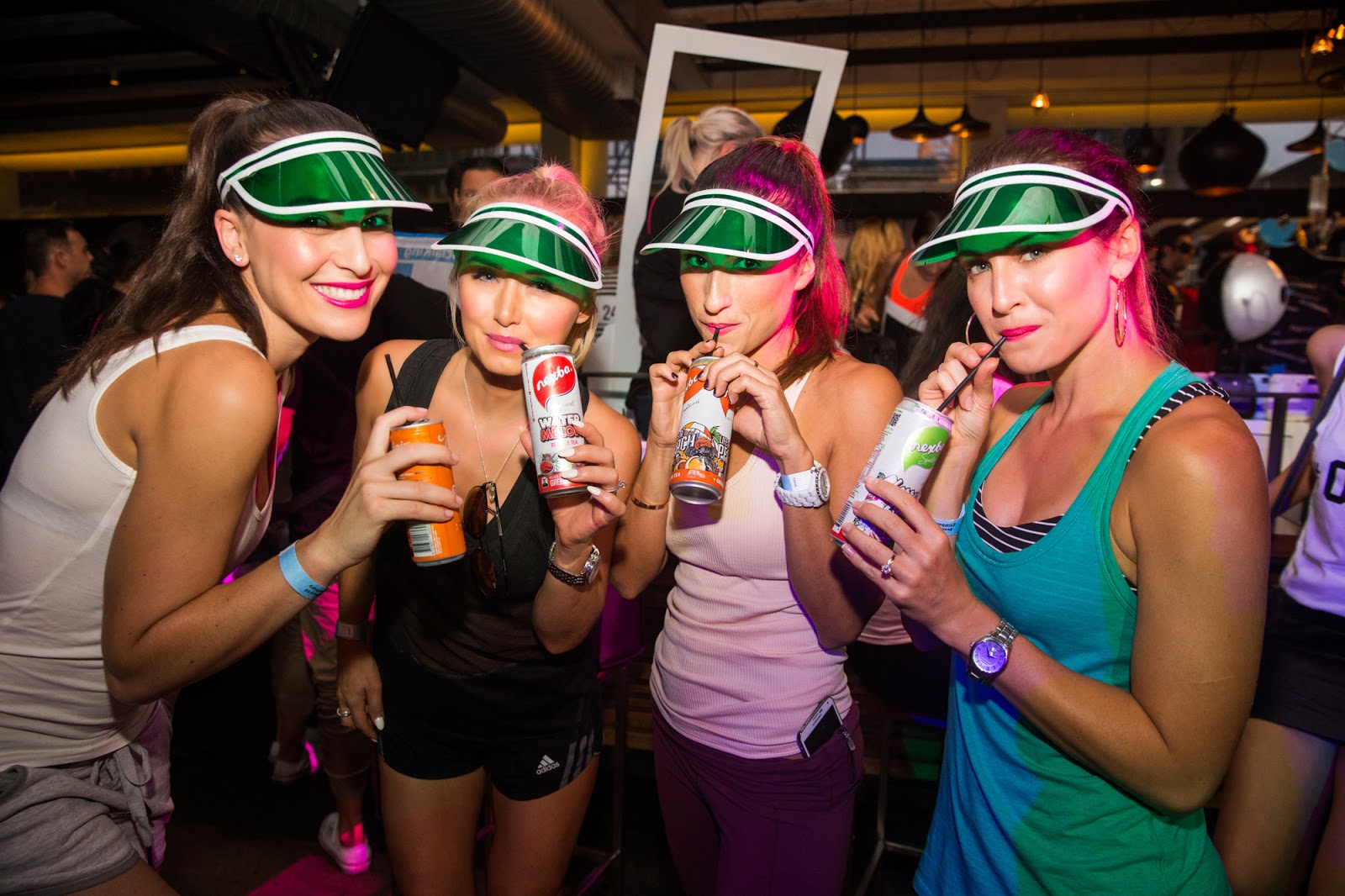 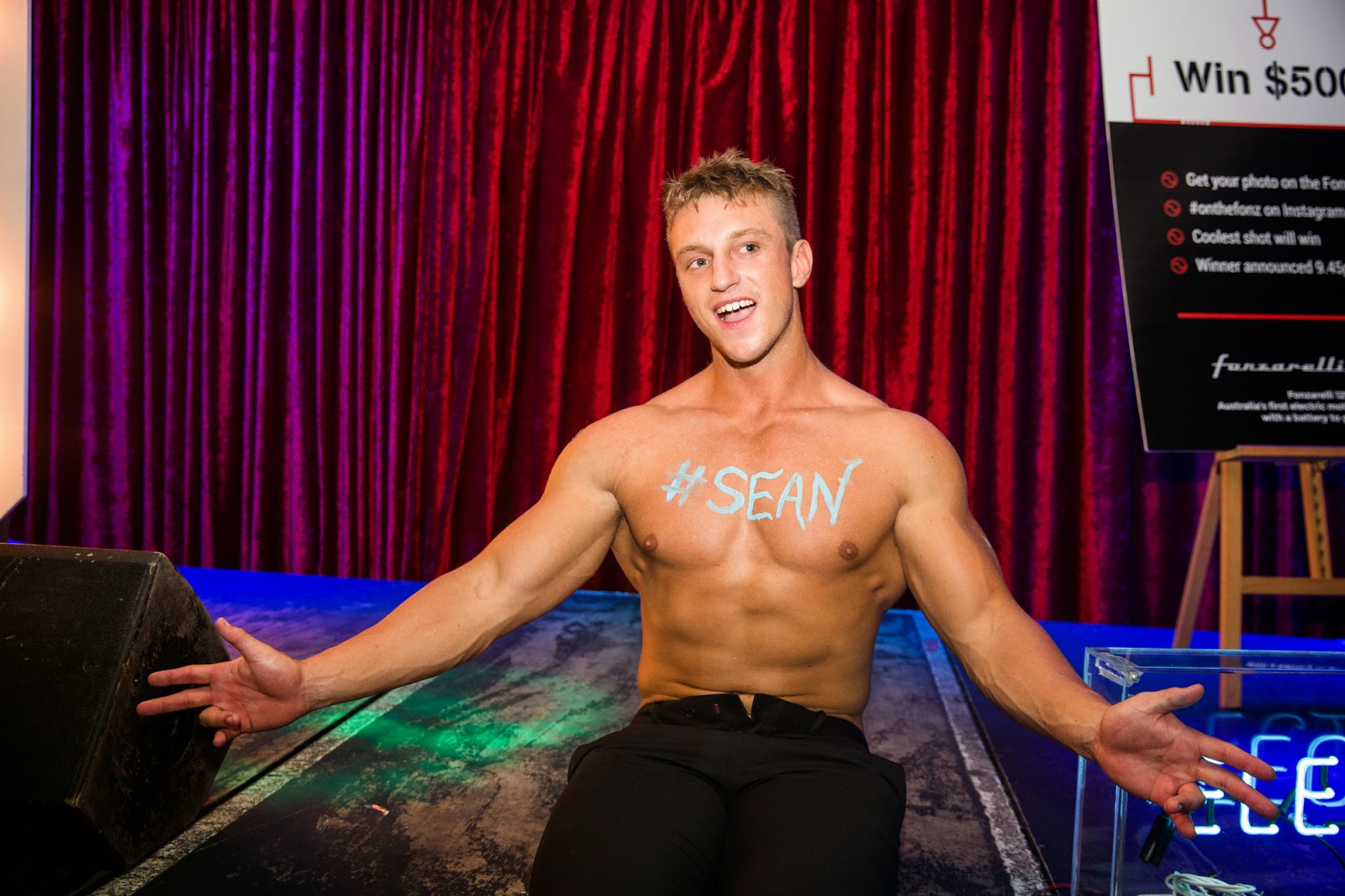 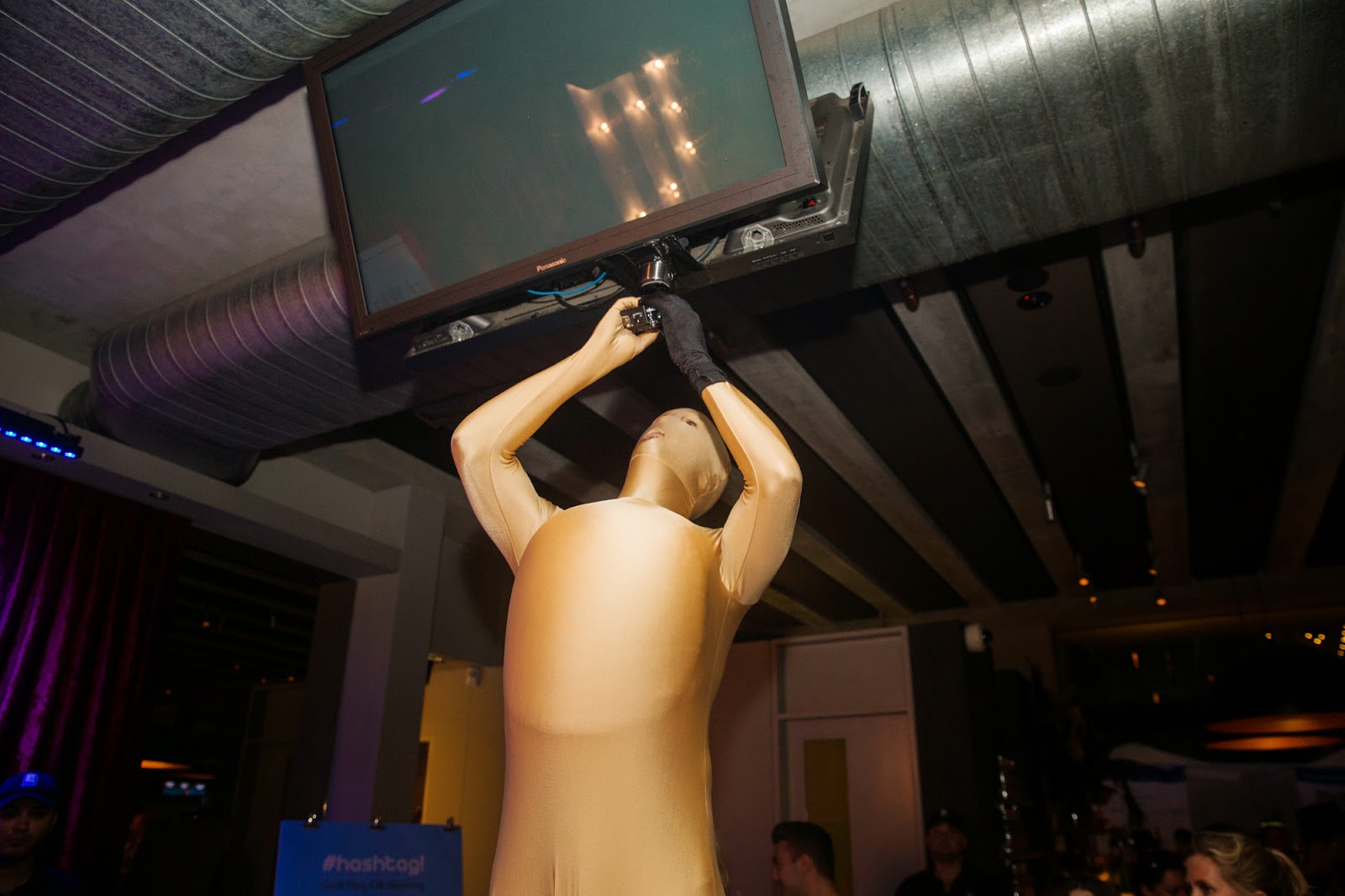 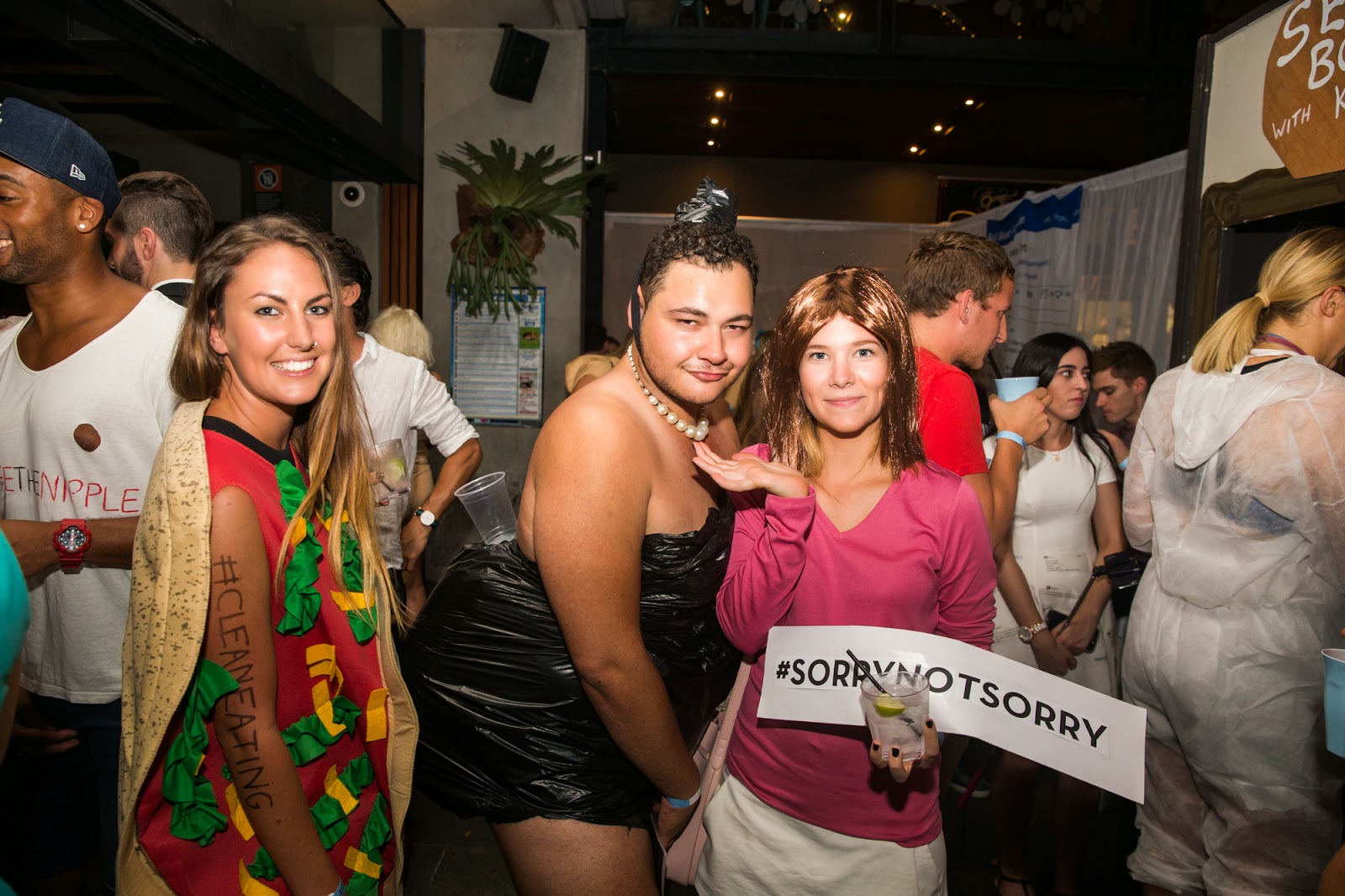 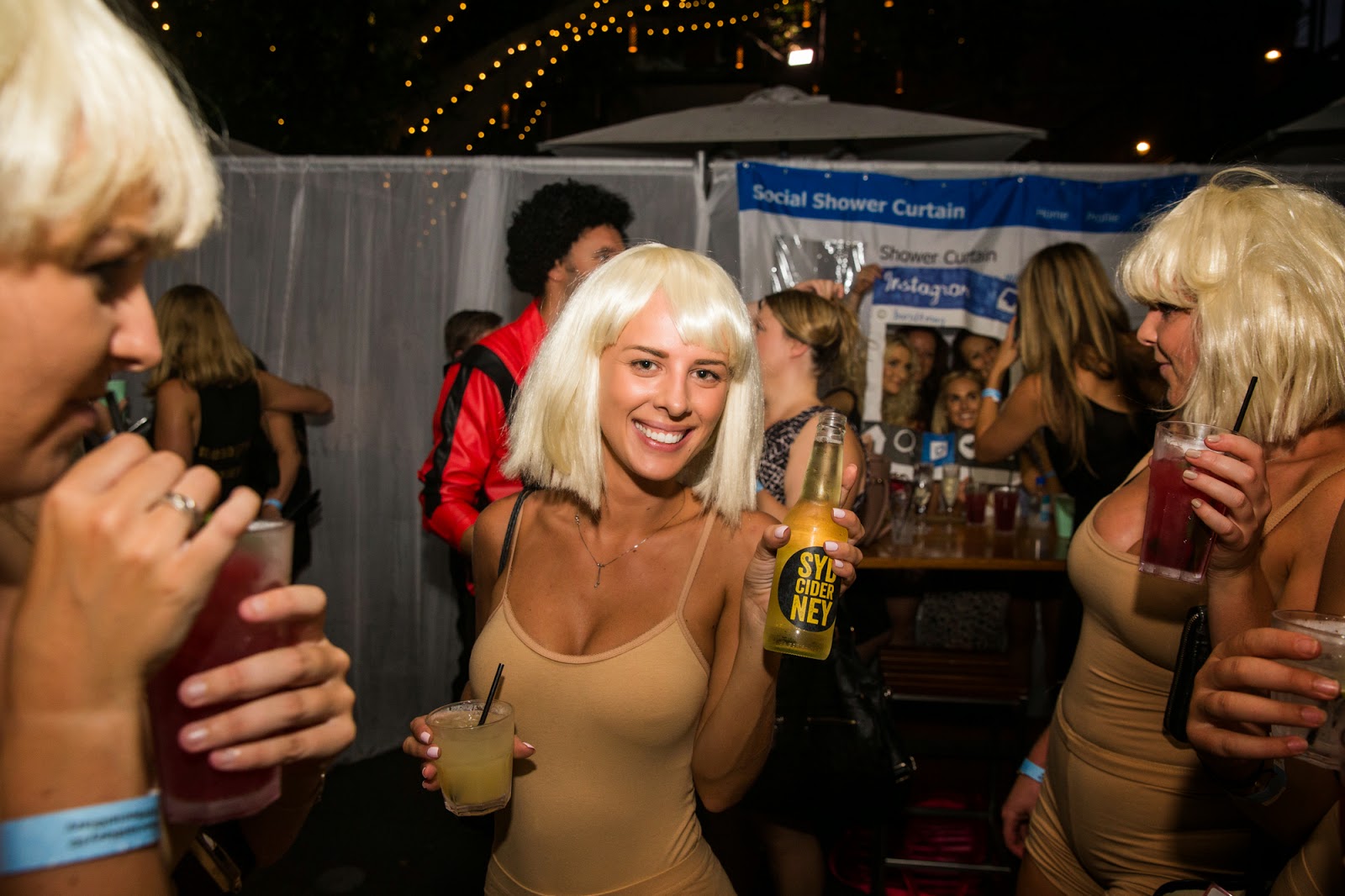 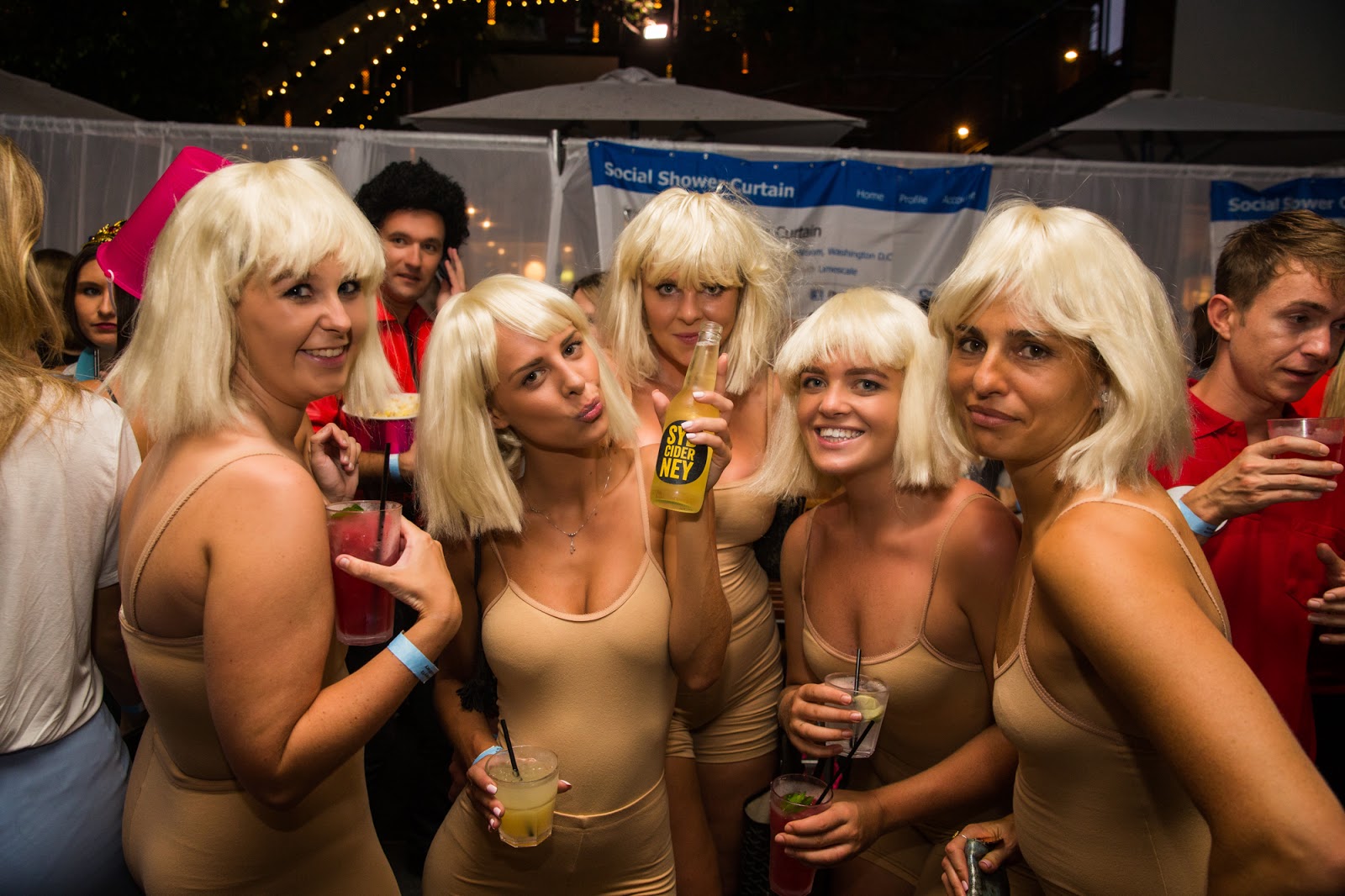 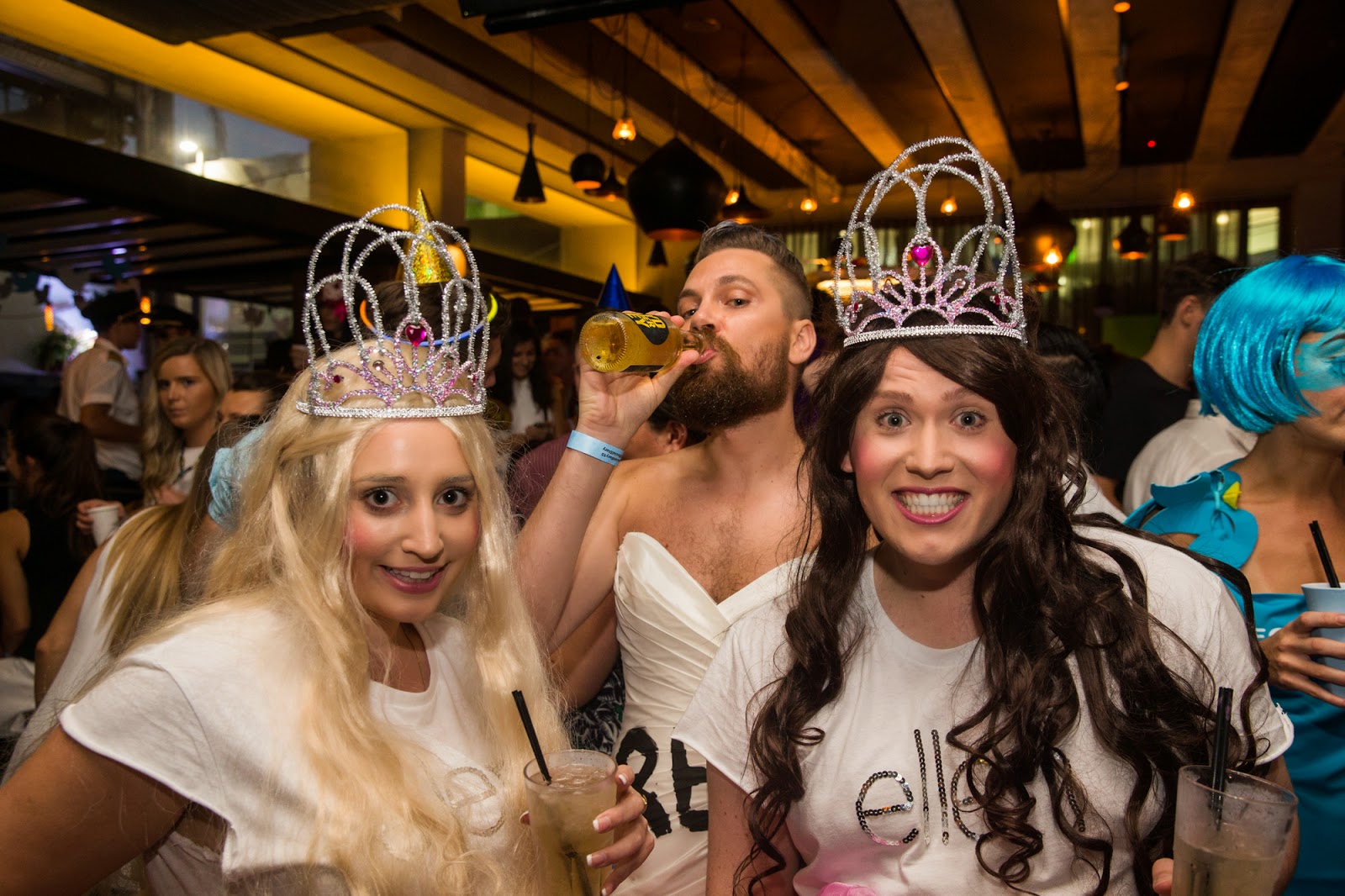 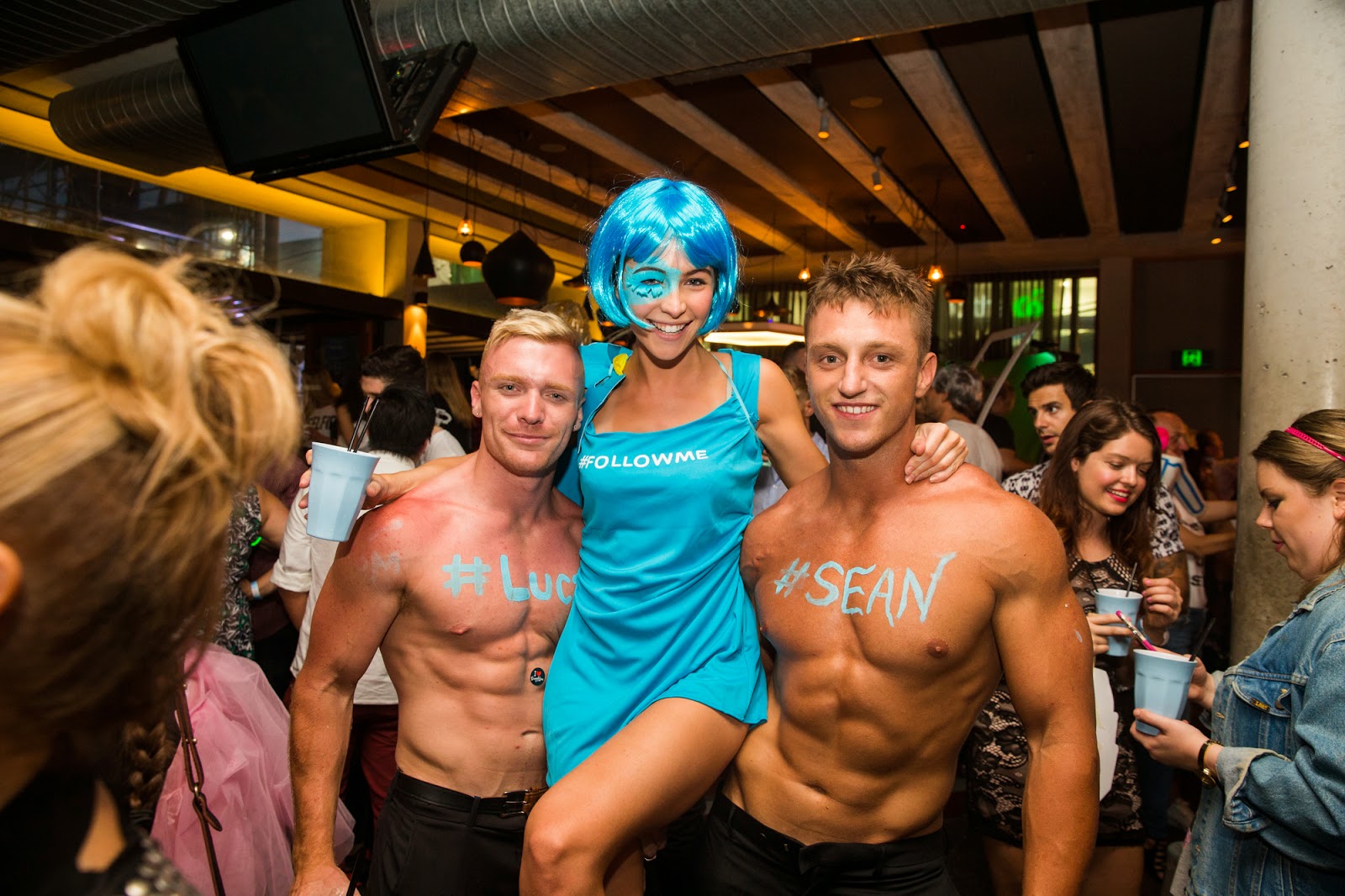 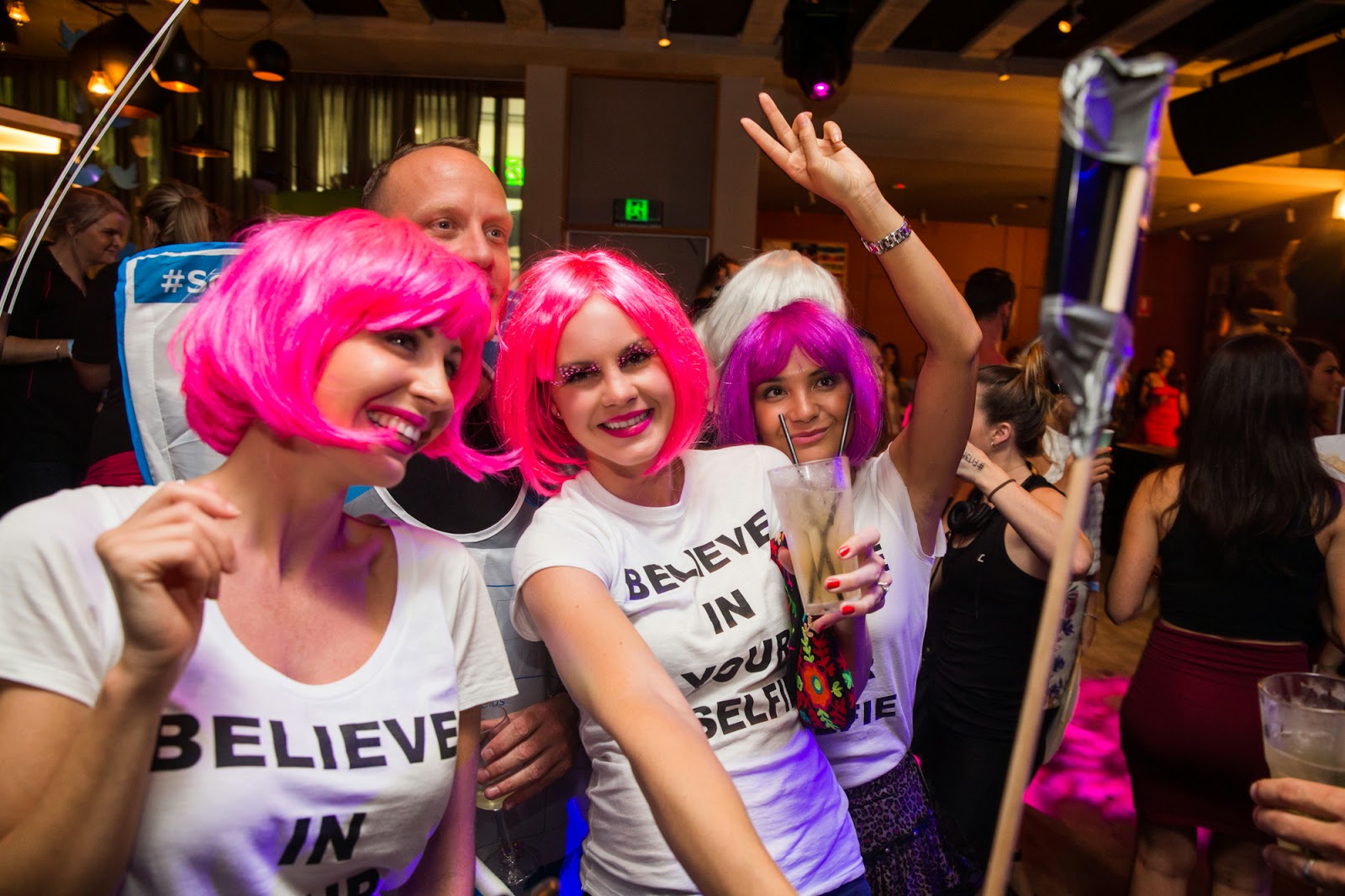