Colleen McCullough, the internationally renowned Australian author, most well known for her book 'The Thorn Birds' has died in hospital on Norfork Island. She was 77. 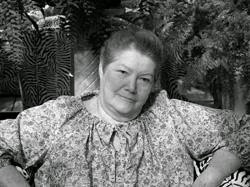 McCullough worked as a neuroscientist in Sydney and the US, where she wrote 'The Thorn Birds'. 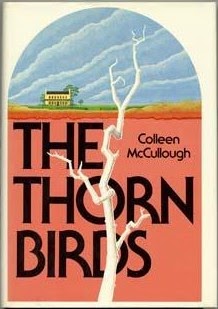 It became an international bestseller, and then the book was turned into a hugely popular television mini-series in 1983. The paperback rights for Thorn Birds sold at auction for a then record $1.9 million. The movie starred Richard Chamberlain, Bryan Brown, and Rachel Ward. Following it's success she moved to Norfolk Island, where she lived for most of the past 40 years, married Norfolk Islander Ric Robinson.
McCullough went on to write 25 novels, which included the intensively researched series set in Ancient Rome.
Throughout her career McCullough received many awards, for her fiction, non-fiction and children's books including the Edgar Allen Poe Award, Pulitzer Prize and the National Book Award. She also held a Nobel Prize for literature.
It has been reported she died on Thursday afternoon after suffering a series of small strokes. She had lost her sight from macular degeneration and was restricted to a wheelchair.

She published her final book, the novel Bittersweet, in 2013.

Read a fantastic insight into how her writing career kicked off here.

Colleen McCullough was, without a doubt, the woman who got me excited about books. After reading 'Tim' (the screen version off which starred Mel Gibson) and 'The Thorn Birds', I was hooked.

As an aside, I thought Rachel Ward's 'Meggie' was one of the most beautiful women I'd ever seen. Evidently, so did Father Ralph (played by Richard Chamberlain):

And I found this (if you have deeply ingrained Catholic guilt, don't watch this fab compile piece):