'Feminist Taylor Swift' is here and she is kicking some serious internet butt. 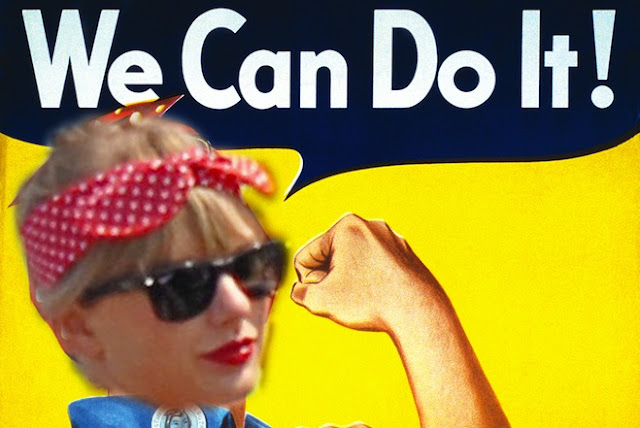 The fabulously fun parody Twitter account went live on Wednesday last week, and within 24 hours it had already amassed over 15,000 followers.

And as of today, funny Swifty has over 60,000 followers. You can follow her here.
The woman behind the account is Clara Beyer, a student at (US) Brown University and self-proclaimed feminist.
She told BuzzFeed in an interview: “I consider myself a feminist, and I blog about that kind of thing all the time, but I also LOVE Taylor Swift. Being a feminist Taylor Swift fan isn’t always easy, but it led to @FeministTSwift, so I’m not really complaining.”
Clara runs an online magazine called “That Girl Magazine”, which is a college blog in which she says “carefully walks the line between f***ing the patriarchy and recommending an awesome new lipstain.”
Her goal: she says it's to get so many followers that the real Taylor Swift has no choice but to tweet her.
Here are some of her Tweets: 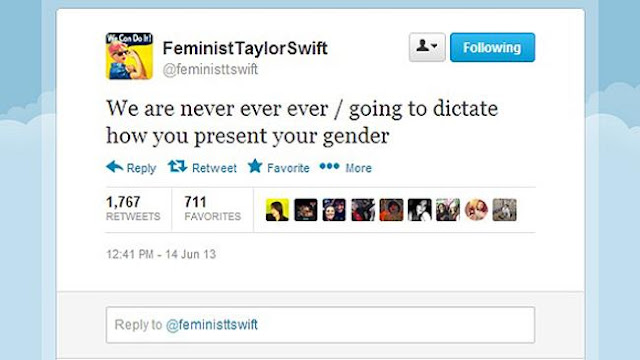 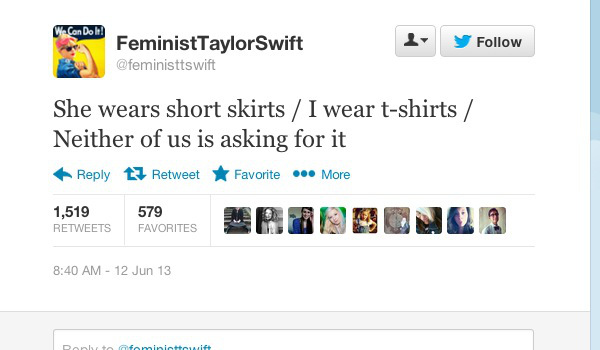