UPDATED: Woman's Day editor Fiona Connolly was on the Kyle & Jackie O radio show this morning revealing some details, as the magazine has paid a huge amount (reportedly $350,000 although Fiona disputed this on radio today), including:

- Jennifer wore a Toni Maticevski dress and she had a second dress for later in the evening (although Fiona told 2DayFM she loved her wedding dress so much so only wore her wedding gown and didn't get changed).

- Woman's Day will feature a 12 page spread, with 40+ pictures of the newly married couple

Here is the radio interview:

(Here is the first photo of the wedding in Bali, from Seven News): 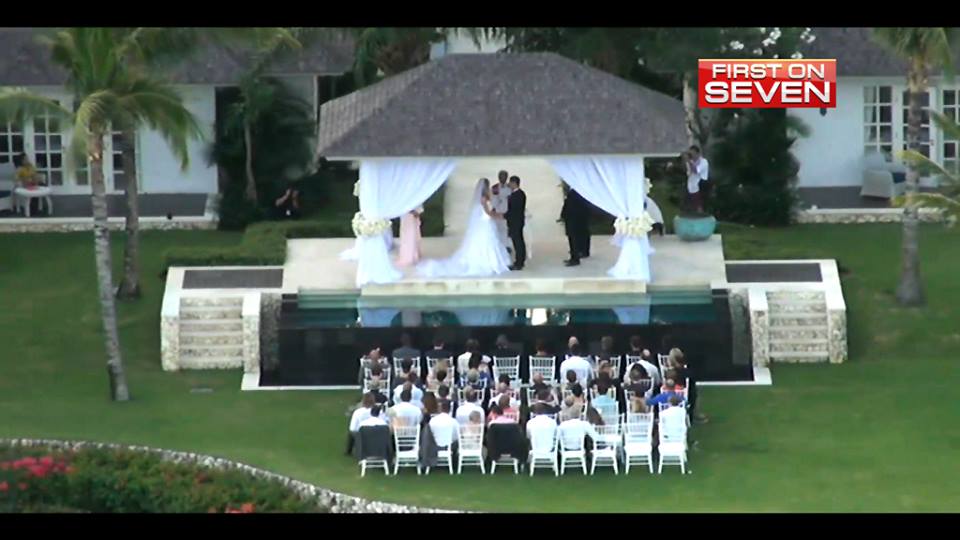 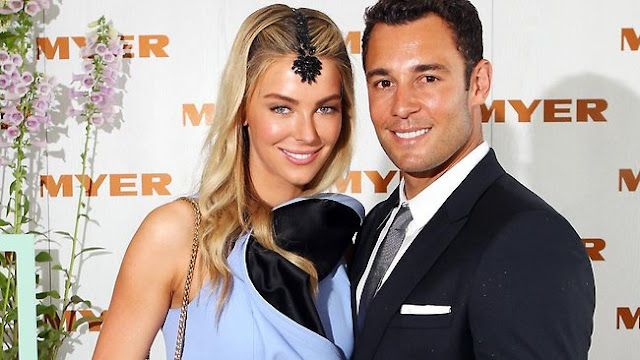 The wedding appeared to be an intimate affair, with around 70 guests descending on a white marquee adorned with huge bunches of fresh white flowers overlooking the Indian Ocean."

"Woman’s Day can officially announce Jennifer Hawkins married her long-time sweetheart, Jake Wall, in a ceremony overnight! The nuptials, held at a luxury resort in Uluwatu, Bali, will feature in a special issue of Woman’s Day that will hit newsstands this Friday (on the East Coast of Australia, Monday for all other regions).

“The Woman’s Day team have been working for the past 24 hours to produce this very special issue,” says Woman’s Day Editor-in-Chief Fiona Connolly. “And talk about a fairytale!”

“These are some of the most amazing wedding pictures we have ever seen – with a gorgeous dress, a breathtaking cliff-top location, 3000 fairy lights and no less than 20,000 flowers, Jen and Jake had the ultimate magical wedding. I can say without any hesitation, this was definitely THE wedding of the year! The ceremony was so lavish, it’s a feast for the eyes and our readers will devour every single image!” adds Fiona.

They must be one of the cutest couples on the planet... so in love after all these years together, and they have stood by each other from the very beginning.

I was lucky to be one of the very first to interview Jennifer when she'd just won Miss Universe back in 2004. I'd be sent to Noosa on a job assignment for the magazine group I'd been working for and the interview time was set. It was a Friday. I recall because she'd done a shopping centre catwalk appearance on the Thursday and... that skirt falling down and showing her g-string and fabulous butt incident happened. Girl was mortified. And she told me so the next day when we spoke.

I recall she said her mother had advised to be okay with it all and realise that, guess what... her backside would probably never look better and she should be proud of it.

I agree with her mum. She should be proud! However, her backside has continued to look better... than ever!

I interviewed Jennifer last year for a Jetstar magazine cover story and Jennifer then invited me to a launch event for her swimming costume range, a party held at publicist Max Markson's home. She was as gorgeous as ever, inside and out. The couple were ridiculously, genuinely loved-up.

Huge congrats, Jennifer and Jake. Now... for the magazine wedding photos, out this Friday!

I know this photo below was for the fabulous marriage equality campaign run in Marie Claire, but I think it is so fitting today... 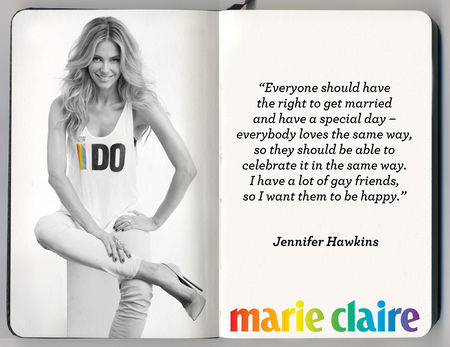