The release date for the 'Fifty Shades Of Grey' book to movie adaptation has been announced by the Focus Features, the studio behind the film. 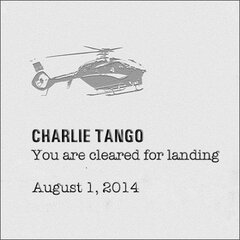 Focus Features announced this in a press release on Thursday (US time); the film will hit North American cinemas on Friday, August 1, 2014, with opening dates around the world to be revealed at a later time.

No word on WHO will be playing Christian Grey nor Anastasia, although there has been MUCH speculation.

The author of Fifty Shades of Grey E.L. James herself tweeted, "Good morning all. Hot news - we have a release date!"

This news comes a week after it was revealed that Sam Taylor-Johnson is on board to direct the movie.
She told E! News exclusively: "I am excited to be charged with the evolution of Fifty Shades of Grey from page to screen. For the legions of fans, I want to say that I will honor the power of Erika's book and the characters of Christian and Anastasia. They are under my skin, too."
Stay tuned.
Posted by Josie at 12:06

Email ThisBlogThis!Share to TwitterShare to FacebookShare to Pinterest
Labels: Celebrities, Fifty Shades of Grey, Movies, News, This Just In