This statement has just been released by HBO, the makers of 'The Sopranos', in relation to the sudden death of James Soprano:

"We're all in shock and feeling immeasurable sadness at the loss of a beloved member of our family. He was special man, a great talent, but more importantly a gentle and loving person who treated everyone no matter their title or position with equal respect. He touched so many of us over the years with his humor, his warmth and his humility. Our hearts go out to his wife and children during this terrible time. He will be deeply missed by all of us."

And this, from 'The Sopranos' creator, David Chase:

"He was a genius. Anyone who saw him even in the smallest of his performances knows that," said David Chase in a statement. "He is one of the greatest actors of this or any time.  A great deal of that genius resided in those sad eyes.  I remember telling him many times, 'You don't get it.  You're like Mozart.' There would be silence at the other end of the phone.    For Deborah and Michael and Liliana this is crushing. And it's bad for the rest of the world.  He wasn't easy sometimes.  But he was my partner, he was my brother in ways I can't explain and never will be able to explain."


His managers also mourned his death in a joint statement.
"It is with immense sorrow that we report our client James Gandolfini passed away today while on holiday in Rome, Italy," Mark Armstrong and Nancy Sanders said. "Our hearts are shattered and we will miss him deeply. He and his family were part of our family for many years and we are all grieving."
For more, click here. 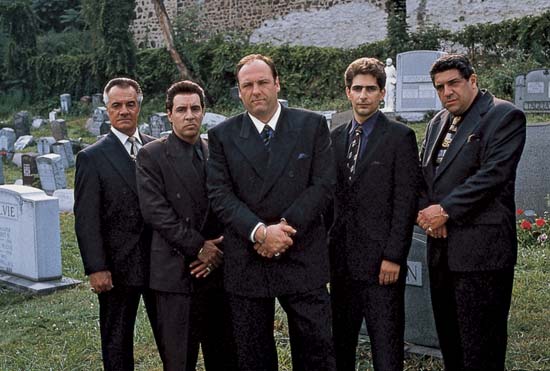