Giuliana Rancic and her husband Bill Rancic have always been very open about their struggles with fertility, but now the E! News co-anchor has revealed to People magazine that they have lost their final embryo.

They already have son Duke, born via a gestational carrier (and all documented in their reality TV show, 'Giuliana & Bill'), but they have always that they were hoping to give their firstborn a sibling, something that just became that much harder due to their sad loss. 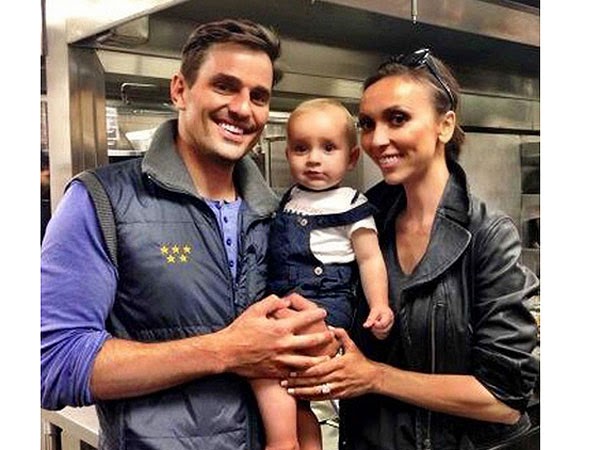 The couple learned on New Year's Eve that their surrogate, who was pregnant with their third and final embryo - had miscarried.
"It was painful," Rancic, 40, told People. "We were so optimistic with this last embryo. We thought, 'This is definitely going to work. This is our last shot.'"
The couple had three embryos left after the birth of Duke, and successfully implanted two into their surrogate. Fans of the couple will know that sadly, she miscarried only weeks later.
But the reality TV couple remained hopeful because they still had one more chance. Their latest lost, she tells the magazine, "was the toughest blow".
"It was a really hard time," she added.
Giuliana getting pregnant herself would prove risky for the E! star, after being diagnosed with breast cancer in 2011. After undergoing a double mastectomy soon after, Giuliana began - and still takes - a cancer-suppressing medication that makes it hard for her to gain weight. (More on that in another blog post).
Giuliana says she and Bill are open to any and all options available to them, including adoption. "We're open to everything," she says. "I think adoption is a beautiful gift you're giving each other. And it's funny, I'm even more open to [adoption] than I was before. Because I think to myself, 'I love Duke so much, if I couldn't take care of him, I hope there would be someone else who would love him.'"
She adds: "I have to remind myself that I'm very fortunate to have what I have," she previously told People.
"It's really about knowing there's a bigger plan at play, so for some reason, it wasn't meant to happen this way," she added. "It'll all be clear one day soon."
To read the full piece, click here.
Posted by Josie at 09:51

Email ThisBlogThis!Share to TwitterShare to FacebookShare to Pinterest
Labels: Babies, Celebrities, Emotional, Insight, This Just In