Ros Reines is renowned as the gossip columnist for Australia's 'The Sunday Telegraph' newspaper, and she has just had her second book published. Titled 'The Social Diary', here she gives Josie's Juice the story on her 'dressing down' by James Packer, her sharp intuition which tells her when someone is lying, and how much of the book is based on reality. Here is Ros Reines:

Josie's Juice: Why do we like gossip so much as a society?

Ros: Spreading gossip is something that has been going on in society since the earliest civilisation - it's an intrinsic part of human nature to discuss what others are doing and saying. It's how we learn more about who we are as people and then feel better or worse about ourselves.

JJ:  I am sure you are asked this often, but… how much of your own life and own friends (and perhaps even ex-friends!) do you draw from for the book (or directly refer to, while changing names!)?

Ros: A lot of the events in The Social Diary actually happened and they have been embellished for the novel. Don't blame me but as a novelist I feel it easier to write about the world that I know and finally after all these years of being involved in it, there are certain things that I want and messages that I wish to communicate. Finally a lot of things that happen in my world are so strange and downright berserk that you couldn't make them up.
JJ: I understand you are working on part three of this book. What will that entail? Which era?

Ros: The sequel  is set in the current time and then Savannah is going back to her earliest days in journalism when she wrote about reggae and travelled to Jamaica, while based in London. It was a magical time, which I hope to bring to life again.

JJ: Are you secretly researching this now at your current social events? Do people 'run away' from you at events, or perhaps even overcompensate and make small talk with you?

Ros: Well, I do live it every day and I am fascinated with the way the scene has evolved with the new media and bloggers etc. Not many people run away from me  but increasingly people wish to connect with me because I have won respect in my industry. This might sound like a contradiction in terms but it is true.  It's interesting to note that I have never been sued - although someone is threatening that at the moment...but not as a result of the publication of The Social Diary.
JJ: Do you feel you now have a finely tuned, innate sixth sense when people are lying, fabricating a story, or actually being honest with you? What do you look for (body language, eye contact, etc) in order for you to just know in your gut a story is real?

Ros: Yes I know when someone is lying or I can immediately sense the motivation behind someone giving me a story. I've been a journalist since `79 so my intuition is pretty sharp but I have also been working on myself to always be present. I exercise, keep a clear mind, eat well and as a result I have learnt to trust my instincts. I also look at other peoples' body language.
JJ: The media industry knows 'The Social Diary' as a go-to site for contacts and news.  Have there been people mistaking one for the other (the book for the site?)

Ros: Not really - The Social Diary is quite clearly a novel.

JJ: Tell me about an anecdote where someone you have spoken about in a piece has confronted you at an event. How do you handle that?

Ros: My dressing down by James Packer has been well documented. Once an eighties entrepreneur threatened to deck me at an event held at the Art Gallery Of New South Wales but didn't. On another occasion the same man offered to do my housework for an unspecified term if I didn't mention that he was dating a famous mistress. On another occasion a powerful man with some interesting connections and a very short temper insisted that I meet him for 'coffee' but one of my lawyer mates told him in no uncertain terms that this would not happen.

JJ: How do you describe yourself to your elderly relative, your son, or a new friend when describing your job?

Ros:These days I just say that I am a newspaper columnist and an author. I'm not pretending to be something that I am not because I have the luxury of writing about anything that I feel strongly about. Often this includes gossip. I'm proud of my reputation and my work.

Ros Reines is the author of THE SOCIAL DIARY, published by Allen & Unwin, RRP $29.99, on sale now. 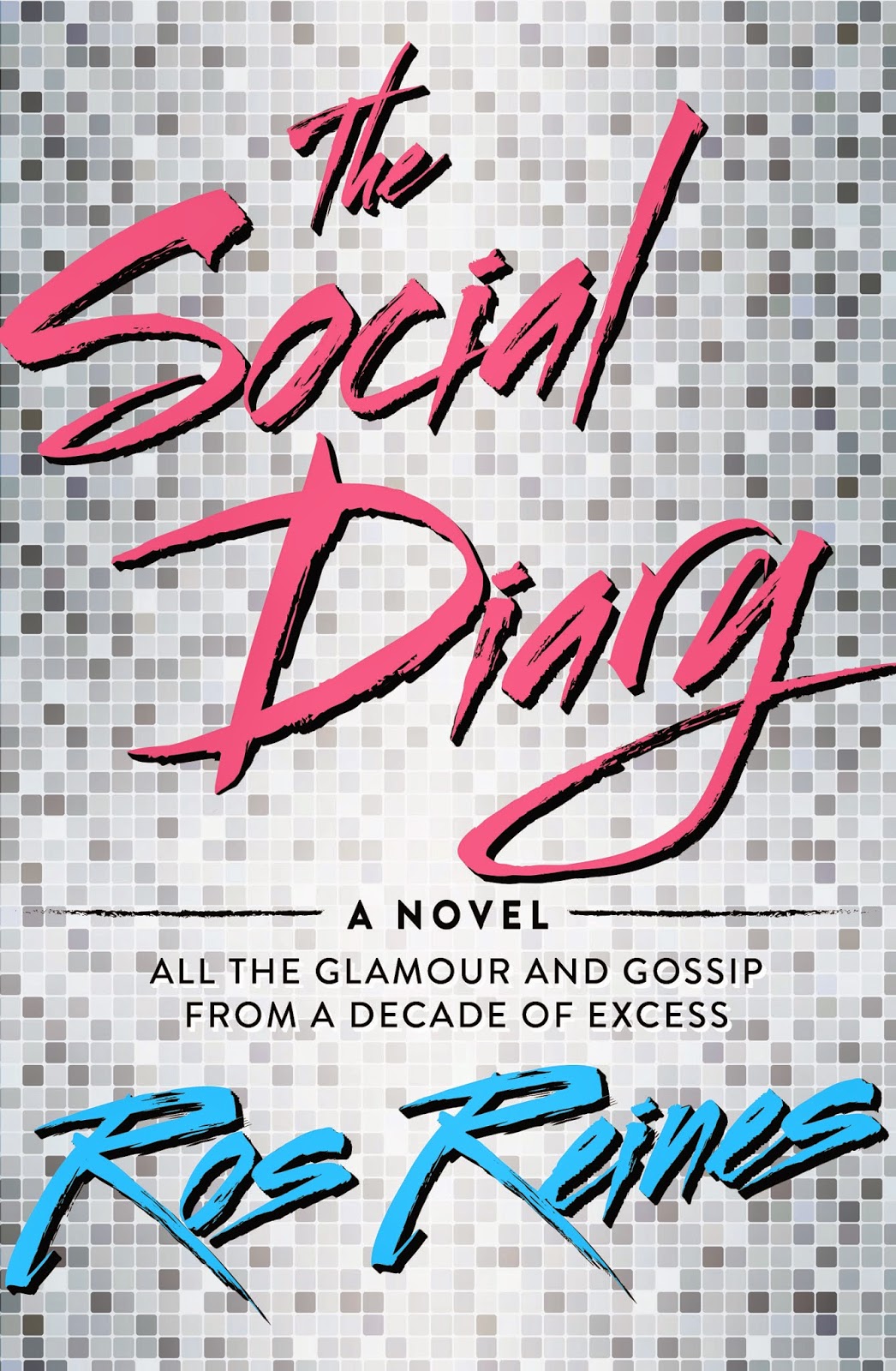 Email ThisBlogThis!Share to TwitterShare to FacebookShare to Pinterest
Labels: Australiana, Books, Everyone is talking about, Insight, News, Newspapers, This Just In, Women