Angus Hawley, former husband of Antonia Kidman, has passed away suddenly in New York. He was age 45. It is understood he had a heart attack.

Angus was married to Antonia Kidman for 11 years, they had four children together: two daughters, Lucia (born 1998) and Sybella (born 2007); and two sons, Hamish (born 2001) and James (born 2003).
Josie's Juice met Lucia, with Antonia, at the ASTRAs last month in Sydney. The close mother and daughter duo had travelled from Singapore to attend the special anniversary event for the ASTRAs, and Antonia revealed it was Lucia's first red carpet.
Hawley and Kidman married in 1996 and split in 2007. Both have since remarried – Hawley to Prue Fisher, a former nanny from Orange and now a Paddington boutique owner. And Antonia to Craig Marran, which whom she has had two children.
Angus and Antonia share custody of their four children, although they reside primarily with their mother Antonia in Singapore, while Angus was living in Sydney.
Josie's Juice met Antonia and Angus around 15 years ago, at a magazine party in Sydney.
Rest in peace, Angus. So incredibly sad for all involved.


Phillip Hawley, the brother of Angus, has released a statement on behalf of the family saying: “We confirm that Angus Hawley has suddenly and very unexpectedly died of a suspected heart attack whilst in New York attending a conference.
“There are no further details at this time as it only occurred last night, our time. The family request the media please respect their privacy at this very sad time.” 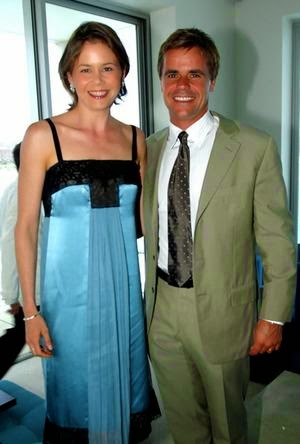 Email ThisBlogThis!Share to TwitterShare to FacebookShare to Pinterest
Labels: Australiana, RIP, Sad, This Just In