I've got to say, each time Giuliana Rancic posts some happy news online, or is lovely enough to share a beautiful photo of her son, it upsets me to see all the nasty comments people on social media write about her weight. No acknowledgement of the happy snap - just mean, mean comments about looking 'disgusting' and 'eat a sandwich!'

And so, I think it's a a great move for Giuliana to speak up and reveal why she is so slender.

Here is Giuliana on her recent trip to Australia for the ASTRAs (photo, PEOPLE magazine): 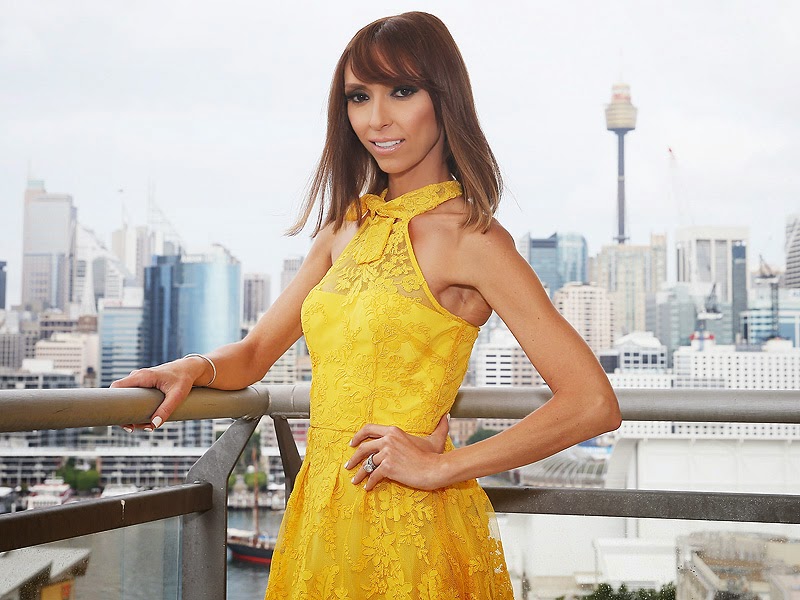 As reported in PEOPLE magazine, for months, she has stayed quiet on the subject of her body, but now she says the firestorm of attention has "gotten out of hand," is she is finally speaking out.
The E! News anchor's slim appearance at the January 11 Golden Globes again elicited social media suggestions she has an eating disorder."Some people were saying, 'The cancer is probably back,' " Rancic, who was diagnosed with breast cancer in 2011 and underwent a double mastectomy that year, tells PEOPLE.

"And they were accusing me of every eating disorder. I thought to myself, 'God, if someone really thought I had an eating disorder, what a horrible way to approach it.' " Giuliana, 40, is cancer-free, though she says the cancer-suppressing medication she has been taking since 2012 has had an effect on her body. "I started noticing that I was eating a lot, but not gaining weight at all," Rancic says. "I was concerned." Her oncologist informed her that the drug, which can alter metabolism, could cause weight loss.
"It's really hurtful," says Giuiliana of the attention, adding that she had hoped criticism about her appearance would quiet down on its own. "I'm sorry that some people think I'm disgustingly skinny, as they put it, but there's nothing I can do. I'm lucky that I even have the type of cancer that reacts to the medicine." When it comes to her appetite, "I eat more than any of my friends," she says. "I eat a very robust, healthy, balanced diet and dessert almost every night. I'm not hiding from anything." "I look in the mirror and it's hard for me," she admits. "I am really thin. I want to look fit and beautiful and sexy, and I can't."


Giuliana's memoir Going Off Script will hits shelves on April 7 an she is speaking out now in the hope the tide will turn.
"I never want my weight to distract people from what I do," she says. "But it is becoming a distraction, [whenever] I wear something sleeveless, show my arms, my back." In fact, she reveals that a major publication was interested in featuring her but backed out, telling her she was "too skinny." "That was really hurtful," she says. "I thought, 'Wow, I'm on cancer medication. I'm doing the best that I can.' " "I refuse to be broken [by what people say]," she says. "I have so many beautiful things in my life." To read more about this article, go here.

And for much more from Giuliana, including a very personal reveal and the truth about the Fashion Police controversy, it's all in the latest issue of PEOPLE, on newsstands Friday (US, and available in selected outlets in Australia).

Email ThisBlogThis!Share to TwitterShare to FacebookShare to Pinterest
Labels: Americana, Celebrities, E! channel, Emotional, Everyone is talking about, Hollywood, Insight, Movies, This Just In