In a moving post just in, Australian TV host Faustina Agolley has just published a blog post on her page declaring: "I'm gay." 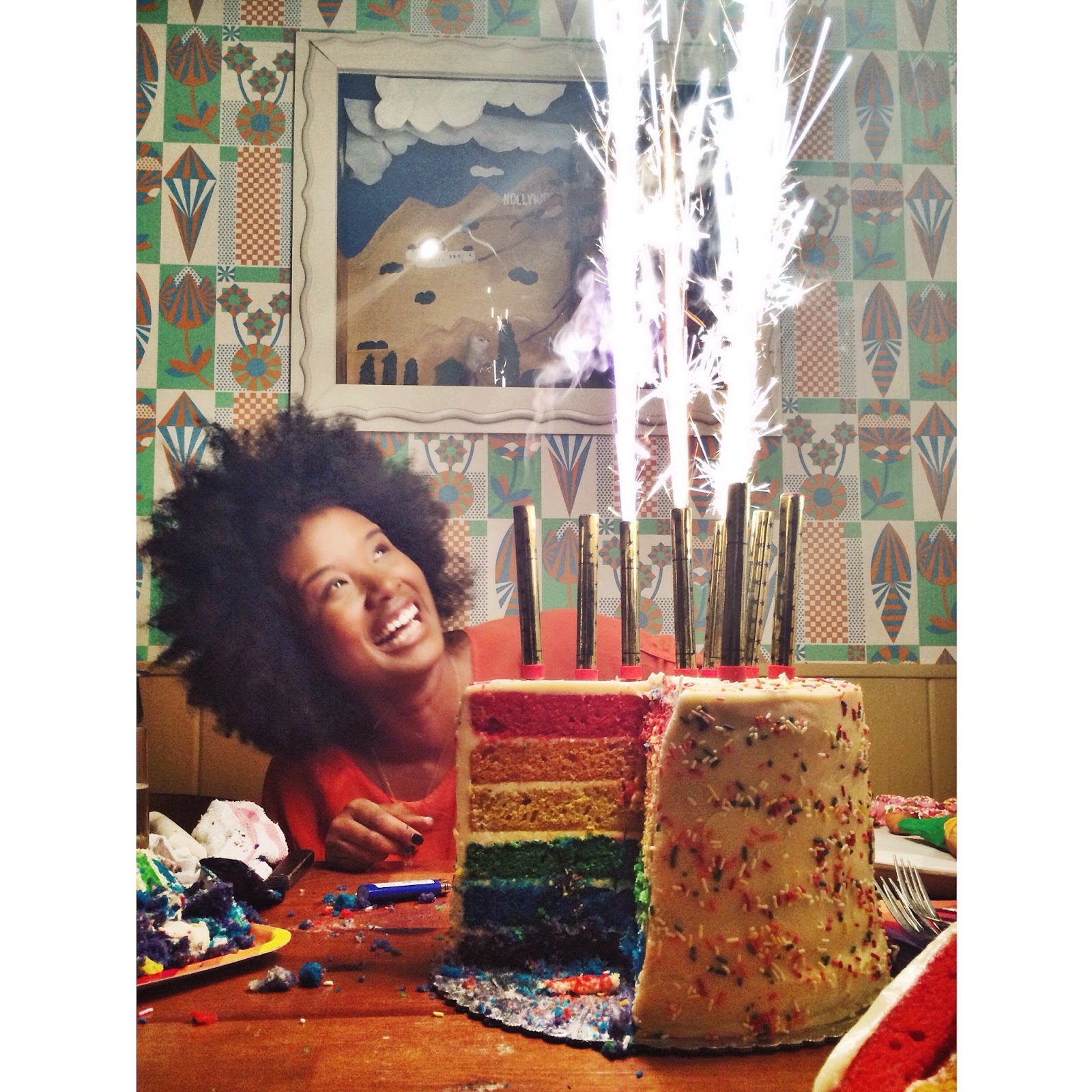 It’s the Elton John of cakes, complete with rainbow flares.

As a child I always knew I was gay, but somewhere the feeling got lost. A long and, not always scenic, route ensued to bring me back to who I truly am.

What I needed was to find my tribe. I wasn’t actively seeking it, though sometime last year I met a group of women that I could truly connect to. I could see myself in them in many ways. And they are women of character who I aspire to. Most importantly, they are women that are generous and kind. For the first time in my life I came to the full realisation of who I am and I felt safe in their company. They bolstered my confidence and gave me my voice again. And I love them eternally for it.

Thankfully my tribe has now extended to my family and friends that I’ve had the confidence to come out to. We’ve created noise, a celebratory noise. We’ve drowned out the negativity that sadly weaves through many homes, communities, governments and countries throughout the world.

In life, philosophy and literature imparts one of the greatest lessons we continuously come back to, and that is to know thyself. For those reading this who are LGBT and haven’t come out – even when society may not deem you equal because of your sexuality – know that you are. And just like in my situation, know that there are people in the world that have your back.

Some may be asking “Why does she feel the need to write this?”. The answer is that there is nothing I’m leveraging off or deliberately seeking. This simply feels like the right and natural way to let it be known, sincerely.
As black as my skin, as Chinese as my blood, and as Australian and British are my nationalities, I’m also a proud Gay Woman.
Most importantly though, I’m a happy human being.
Love,
Faustina Agolley
Big love to you, Faustina!

Under her moniker, Fuzzy, Faustina likes to spin a killer party and will leave no genre unturned in the process. Her motto, "work out the crowd and play", which has seen her play genre mash up 5 hour sets for Armani Exchange on Vogue’s Fashion Night Out and The Voice Wrap Party, 90s hip hop to an insane crowd at Carlton Dry and Nova FM’s opening ski weekend in Falls Creek, to electro pop at Sydney’s Mercedes Benz Fashion Week and Melbourne Fashion Festival. Her biggest crowd? 7,000 at Brisbane’s Riverstage. She's played club gigs across Australia and drops regular party mixes for Nova FM's Weekend shows.

Faustina divides her time between Australia, Los Angeles and London where she's growing her work in television and online. She's a graduate of two University degrees that sit proudly on her mother's wall; Media and Communications, Geography and Social Sciences at The University of Melbourne and RMIT University. Her philanthropic work aims to close the Indigenous literacy gap. She is an ambassador for the Australian Literacy and Numeracy Foundation and meditation organisations 1 Giant Mind and Smiling Mind.