We had the pleasure of speaking to Beau Ryan recently, on the back of the getting the word out on Woolworths Connect, the prepaid phone service. 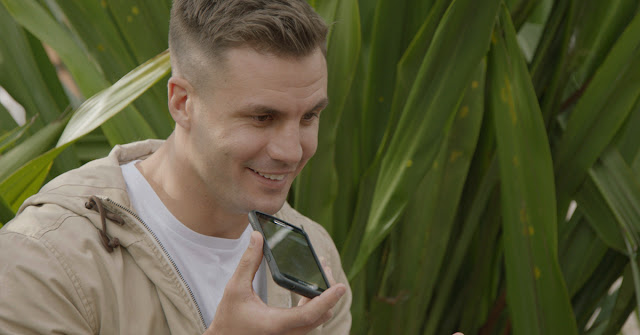 He had lots to say about his family, how much he loves a good phone chat, and the how much genuine fun he's had working with Woolies.

Here is the ad:


Beau reveals that his family is his absolute bedrock, and you can hear how grateful he is for all the wonderful (and all fun) opportunities which have come his way.

In fact, when Josie's Juice spoke to Beau, he was on a mini break with his family in Byron Bay, and completely relaxed in amongst his very busy schedule.

"This whole year has been crazy, I had have one day off in June, and two in July, and so when I had the opportunity to have a very short break, I took it," he tells Josie's Juice.

"I can't do any of what I do without the support of my wife and family. They're great. This last couple of months have been a blur but they've supported me and they've been there for every step of the way.

"Whether it was coming to the 'Aladdin' shows (which Beau starred in as the genie), or me getting home at midnight, or coming off flights from LA or New Zealand, they've made life so much easier, so it has been great. Without that support I wouldn't be able to do it.

"I get to pick and choose what I want to do - with Channel 9's blessing - and I've done some very exciting things, but as I said, I can't do any of it without the support of my wife and my family, so... they're great."

Beau's wife Kara and his two year old daughter Remy are the centre of Beau's universe, and he freely expresses that several times during our chat. 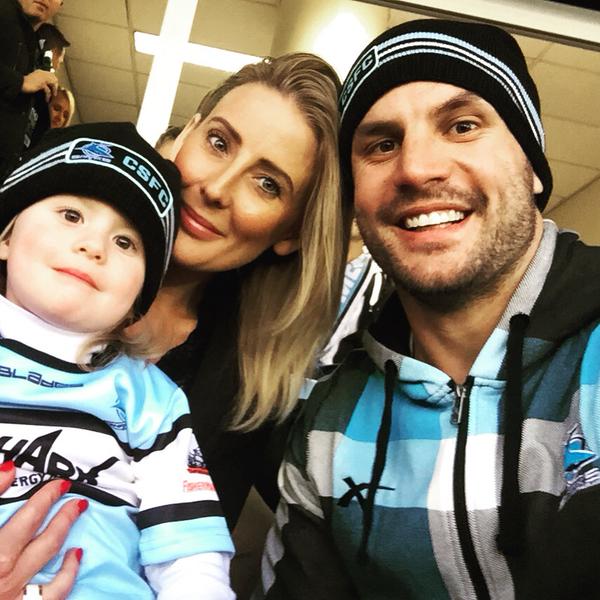 I ask Beau what his daughter thinks of what daddy does.

"She loves it. She's at the age now that she watches me on 'The Footy Show', and loves it. She says 'That's my daddy', and she comes along to... when I was in the Aladdin pantomime as the genie, and she was at nearly every single show, which was great, and she's at the stage now that she works out that I've got to go to work quite a bit, at random times, and at random hours, but she's now at the age where she can enjoy a lot of the stuff I do, and can see the rewards, but having said that, I'd rather be at home with her a lot of the time, because  I do miss her, but hopefully I'll get a good break at the end of the year, so... we spend a lot of time together but there are times when it gets hard, but like I said, my wife is supportive and yeah, without that, it's impossible to do."


"I do miss her when I am not home with her. But my wife is so supportive of my work," Beau adds again, who says she is 2: 'She's three at the end of the year."

"I try, we try to talk to her like an adult but it gets very confusing, and sometimes she keeps asking about everything, but sometimes I just let her go, just let it go," says Beau.

I mention that I have seven year old twins, a boy and a girl, and Beau is genuinely keen to know more. "Ohhh, really! Wow, you've done the hard yards!"

I add that it does get easier, and Beau says: "They reckon girls, when they get to ten or eleven, or even thirteen are fun, so i can't wait for that!"

I ask Beau what he thinks about his new wave of work that has come his way, all of it fun, and how natural he finds doing it all, how easy he finds the ad lib and the video content.

"Yeah, I do [find it easy]. Once the... stuff like this that I did with Woolies... he majority of the stuff I do, I wouldn't classify it as work, it's just me being me. and enjoying myself, and meeting lots of different people.

"When Woolworths gave me the challenge to basically go and make as many friends as I could in one day, I thought it was a joke because that's what I do normally anyway!

"You know, I really enjoyed it, and we met a lot of different people, and I thoroughly enjoyed it. I guess it's natural, which makes it easier. My mindset is, you know, I've worked before, before I played rugby league, I had a 9-5 job, and I worked really hard to play for Australia, I've worked really hard to open as much doors as I can, and now that I get to do this for a living, I can't really put into words how blessed I am. I'm really grateful.

"That's why I try and do as much as I can while I'm enjoying it and at the same time try to make people happy, because that's the main thing, and a lot of people seem to get a lot of happiness out of it, and have a lot of fun, and get a thrill out of what I do. The look on their faces, especially when we were in the city, speaking to different people, that was a lot of fun, and you can't put a price on that, it makes me really happy," says Beau of his Woolies shoot.

"And when I am happy doing what I am doing, I think I find I do my best stuff.

"We just go in there to have fun," says Beau of the press junkets for movies he regularly attends, to cover for 'The Footy Show.' I really enjoy the junkets. Whether it's Channing Tatum, or Arnold Schwarzenegger or Megan Fox. We go in I ask the questions I want to know, and stuff for our show.

"Our show ('The Footy Show') is a family friendly show and I ask them stuff outside the square, and I really enjoy it. I love seeing their faces when they realise I'm not there as a journalist to probe. We don't have any agendas in there, we're not in there to mock them, we're just there to have a good time, and have a bit of a laugh with them, and try to have them escape. You know, it's a long day. They've got four million interviews over three or four cities, so we go and have fun with them, but I meet a lot of other people interviewing them, that I admire as well...

"For example, I remember when I interviewed Channing Tatum, and I had to go in there before I took my suit off, and it was a custom made suit which I had to rip off. So we went in there and we saw Sonia Kruger, and I was telling her what we were going to do and she was really excited. She was shadowing me as I was getting the suit velcro'ed at the back.

"After I did it (the stunt in front of Channing, and Joe Manganiello), I couldn't put the suit back on, and I just remember walking out past all the other journos, and we weren't embarrassed. I had just stripped in front of Channing Tatum and Joe, I'm not gonna be embarrassed at all. It's just that, okay: I had to walk 400 metres through the hotel and the carpark and the hotel, with my Speedos with a little shark on the front of it, but I didn't care. It was very funny. It was probably the most uncomfortable thing. People know we are going to do something out of left field, and we have a good time.

People want to see real people having fun, and that's why I think it works.

"If they're going to fly me around the world to interview these wonderful film stars, I'm going to do it."

For Beau, it's a dream life he's having, but it was "the injuries brought it on prematurely."

"I always wanted to do this stuff fulltime, and I guess I would have, but when I hurt my neck in 2013 and it didn't come good last year, everything got fast tracked.

"When Woolies approached me to work with them on Woolworths Connect, it allowed me the chance to stay in touch with everyone, with their new prepaid package, where you get a heap of calls for $30, so it's great, but I now have no excuse to not ring my mum anymore! Everything else is a positive, but I do have to make sure I ring my mum every night," he says with a laugh.

"The people who I worked with on this project with Woolies have all been so much fun. We went out there and approached people and while it was a long day, it literally felt like a an hour because we had so much fun.

"I got quite a few numbers, of men and women I met that day! I don't know if they're going to let me call then, but I do consider them to be friends, I guess!" 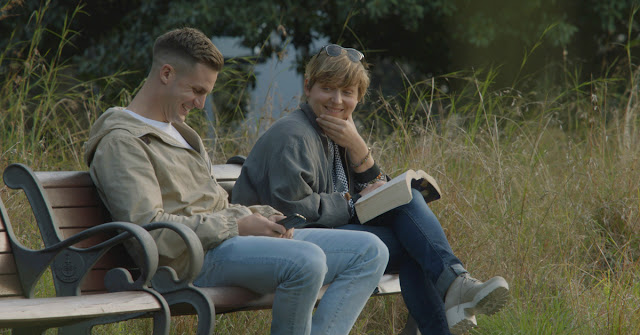 Says the blurb on Woolworths Connect:

Woolworths Connect is all about connecting you with the people you care about, in this amazing country we call home. We’re here to make it simple and easy, without compromising on value.

For starters, we’re using a network you can trust. And we’re making it great value. Of course we’ve thrown plenty of data, call value and even unlimited standard national SMS into the deal. And as a Woolworths Connect customer, you can enjoy as many free calls as you like to friends and family also on the Woolworths Connect network. Plus, when you buy a recharge voucher in store or online and enter your Everyday Rewards Number you get 10% off* your recharge...every time!

*To be able to receive 10% off recharge voucher purchases, you must be an Everyday Rewards member and either present your registered card in a participating store when purchasing a Woolworths Connect recharge voucher or online at woolworthsconnect.com.au.

To find out more about Woolworths Connect, click here. 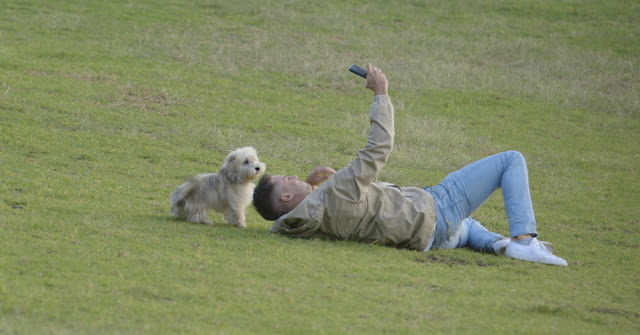 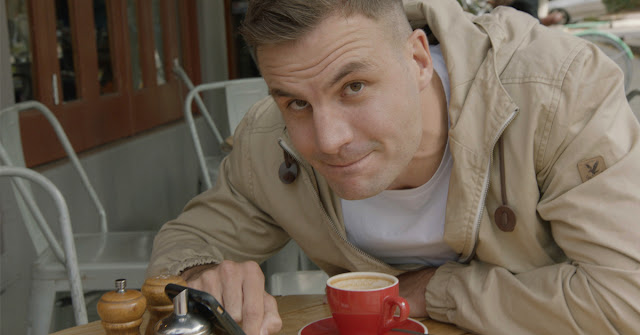