Salim Mehajer is a name not many outside Auburn knew around a week ago. Who knows, perhaps in the western Sydney suburb were not aware of the Auburn deputy mayor before that, either.

But now, yes. Many around the country, and the world, know his name. And that of his new bride, Aysha (formerly known as April - see her transformation here).

Read a backgrounder, including the 'A Current Affair' report here.

Today, Cr Mehajer has taken out a half page ad in the 'Auburn Review'. 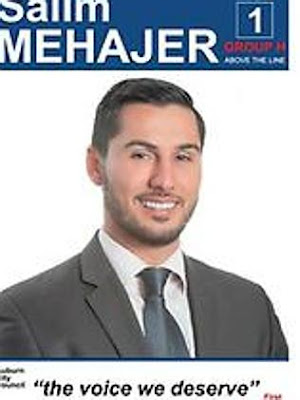 "It is important that I clarify for the record the perceived inconsistencies, falsehood and negative press which has been generated by the media since my wedding," it says.

"Auburn City Council has also received some negative media coverage as a result and to this end I am regretful."


"I am in the process of returning all messages on behalf of the council, be it negative, positive or neutral and will continue to make myself available for this purpose."

Cr Mehajer has also previously used a paid ad to deliver a message.

An ad under the heading "VICTORY over negligent driving" appeared in the paper in 2013 after he successfully appealed his negligent driving conviction for hitting two pedestrians with his Ferrari 612 Scaglietti. 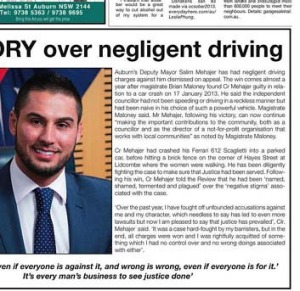 Another appeared in 2014 announcing that Cr Mehajer was about to start a legal studies degree.

"I have always had a passion for law," Cr Mehajer was quoted as saying. "A concise understanding of the law is something that I believe each successful businessman must understand to keep the successful trend."