One Direction to Split

In news just in, One Direction is set to split, with the boyband deciding 'to take extended hiatus of at least a year to focus on solo projects' after talks over the weekend.

According to The Sun:

Harry Styles, Liam Payne, Louis Tomlinson and Niall Horan have mutually agreed to an extended hiatus of at least a year to pursue solo projects.
The lads made the decision not to tour again at a meeting in London last weekend.
The world’s most successful band will NOT launch a tour to support their fifth album, a move likely to devastate their millions of fans around the world.
That means their last full concert will be at Motorpoint Arena in Sheffield on October 31.

Last night a 1D source said: “The guys have been together for five years, which is an incredible run for any boyband.
“They fully deserve to have at least a year to work on their own projects. There is absolutely no bad blood between them and they are all 100 per cent behind the decision.
“It is definitely not a split and they fully intend to get back together at some time in the future.
“But for now it is the end and they go out on top as the world’s most popular music act.” 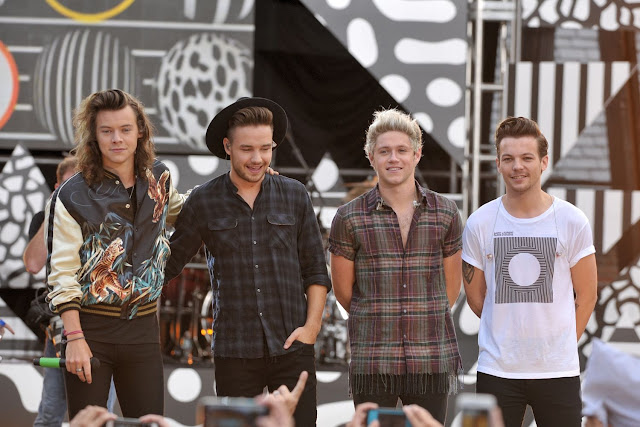 Email ThisBlogThis!Share to TwitterShare to FacebookShare to Pinterest
Labels: Everyone is talking about, Music, This Just In