Many Australians were gripped by the story on last night's '60 Minutes' Australia - with the Zammy family and the Gribilas family.

At the very heart of it - in every sense of the word - was a young man named Doujon Zammit.

The story of both families is connected in ways they didn't think possible.

CLICK ON THIS LINK TO WATCH THE WHOLE STORY HERE. 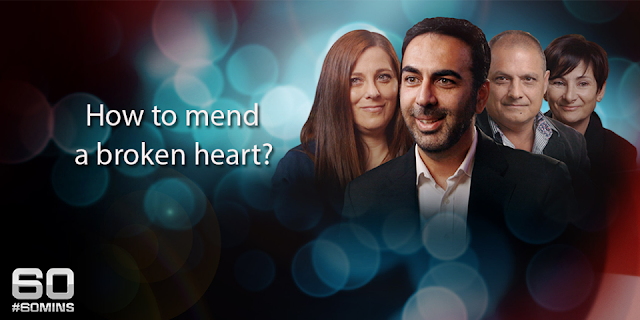 When Australian teenager Doujon Zammit was murdered on holidays in Greece in 2008, his mother and father put aside their grief to donate his major organs. That selfless act saved the lives of four people, including Kostas Gribilas who received Doujon’s heart. It was a gift that would set these two families on a life journey like no other. Kostas and his fiancé Poppy since moved to Australia – around the corner from Doujon’s parents, Oliver and Rosemarie. They are now best friends – at their wedding Oliver was Doujon’s best man. And the best friends have been there through more heartbreak – this time together. On 60 Minutes, reporter Liz Hayes tells this remarkable story of love, sacrifice, and loss and the friendship that has held them all together.

TO WATCH PART ONE OF THE 60 MINUTES 'EXTRA MINUTES' CLICK HERE.


Josie's Juice interviewed Rosemarie and Oliver Zammit, on the eve of the screening of the story, and the book launch. YOU CAN READ THAT INTERVIEW HERE.

Details on the book and how to buy it - it is out now - are here.
You can read how the Zammit family are involved in the 'Unite Against Violence' walk here.

And you can see the 2008 '60 Minutes' Australia Liz Hayes interview transcript with the Zammit and Gribilas family here.
Posted by Josie at 22:10