Bindi Irwin will be a contestant on the US version of 'Dancing With The Stars'.

It was announced overnight on US TV that she is the first contestant confirmed for the next season (the 21st one!) of the popular show. The Aussie version is currently screening on Channel 7.

"Living in a zoo means it wasn't always sparkly dresses but I would still dress up. I had this pink sparkly dress and fairy wings and I'd put those on and then go and dance in the zoo," she recalled in an interview with ABC News. "My best friend was a magpie goose and my magpie goose would follow me around and we'd dance in the zoo together. Then I'd be covered in mud! My poor fairy dress - my mom has washed it more times [than I can count]!"

"I'm not used to being in heels, so I've been trying to practice," she said, adding that she's excited to "step away from khaki just slightly." "It's nice to be a girly girl now and then."
In between "DWTS" practices, Irwin, who will be joined in L.A. for the duration of filming by her mother and 11-year-old brother, Robert, will also be finishing up her high school degree online and continuing her conservation efforts. She told ABC News that she's also hoping to carry on her father's legacy.
"Dad was that one person who no matter what he did in life he just took it by storm, and he was so passionate and just really lived in the moment," she said. "Whatever the opposite of a procrastinator is, that was him... and I think I kind of inherited a little bit of that. I'm hoping to make dad proud."
"I kind of think of my life as this incredible hurricane of so many adventures," she said. "We can all make a difference and we can all be courageous and believe in ourselves."
CLICK HERE FOR HER APPEARANCE ON 'GOOD MORNING AMERICA' THIS MORNING.

And here is a throwback to her some of her old TV appearances (she's aTV veteran now!):


And from 'A Current Affair': 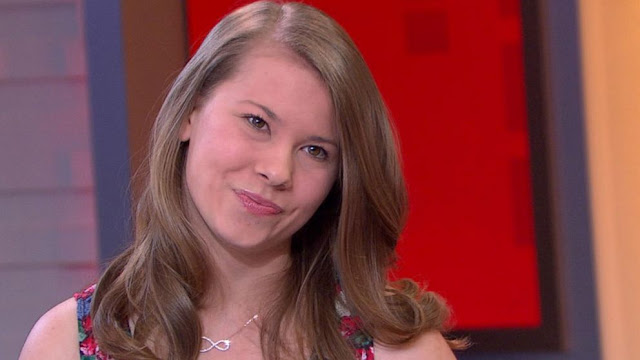 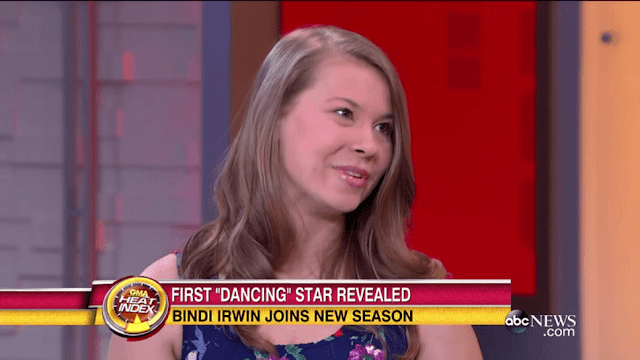