In what is effectively her first 'job' since leaving rehab, tabloid favourite Lindsay Lohan has replaced Chelsea Hander as a guest host on E!’s hit show 'Chelsea Lately' - for one night only. Here is a preview:

"I’ve been on a 90-day court ordered vacation," she told the audience.

During the guest spot, Lohan takes aim at 'Twilight' actress Kristen Stewart following her recent run in with photographers. She said: "I'm just excited that Kristen Stewart finally showed some emotion. Of course she hates photographers; they caught a picture of her kissing a married man in a Mini Cooper."

Tune in tonight: 'Chelsea Lately' tonight at 10:30pm AEST only on E! 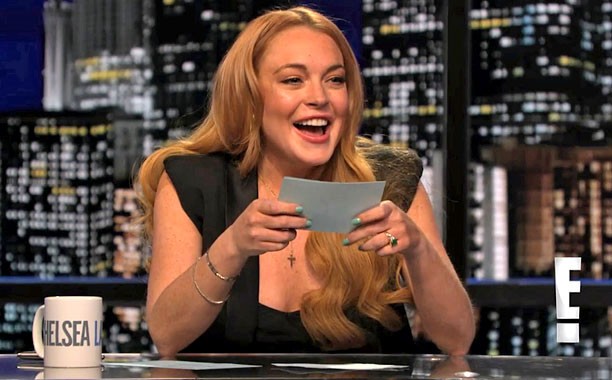 Email ThisBlogThis!Share to TwitterShare to FacebookShare to Pinterest
Labels: Celebrities, Reality TV, This Just In, TV