Patrick's Death On 'Offspring'. Plus, other TV deaths 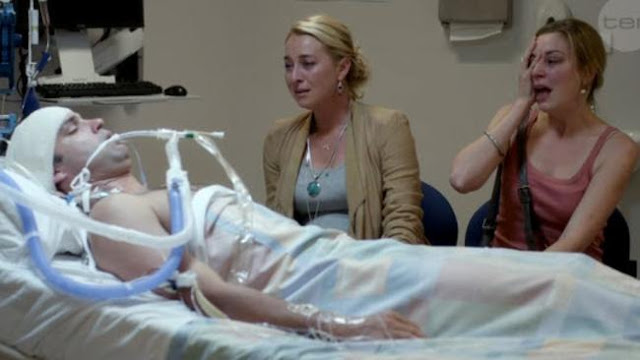 Sadly, I was trying to come to terms with two real life deaths in the past six weeks, and was glad I'd forgotten this episode was on.

But... I have succumbed, and watched the clip, and the lead-up to the awful TV death.

It's very hard to watch. For those who missed it also, here it is:

It is far too real for my liking.

It also brings to mind other 'TV deaths' which have affected me - and countless others - greatly.

This one I will never forget:

Claudia Karvan. You are far too real in this. A parent's worst nightmare.

Then there is the 'A Country Practice' 1984 death of Molly Jones (Anne Tenney) after a traumatic battle with leukaemia - one of Australia's most watched TV events.


And the more recent 'House Husbands' ep this year where Nicola (Leah de Niese) had just been reunited with former hubby Justin (played by Firass Dirani), when she was struck by a car after crossing the road.

What has been the TV death that has affected you the most?
Posted by Josie at 22:20