Tina Arena has signed on as a contestant with 'Dancing With The Stars', the Herald Sun has just revealed.

The signing dynamo - who has been in the spotlight from a very young age as a member of classic Australian talent show 'Young Talent Time' - has already started prepping for the show.

It will be exciting to see what Tina Arena has in store for the show. My bet is that she'll go far in the comp.

In October, there will be another career highlight for Tina - her memoir titled 'Now I Can Dance' (in a nod to her song of the same name) will be released. A fabulous tie-in with her TV dancing debut.

I have had the pleasure of interviewing Tina twice - the first time a face to face interview in 2001 (I vividly recall it was the day before Sept 11). The next time, for her Jetstar magazine cover story.

She truly is an Aussie gem, 'our Tina.' 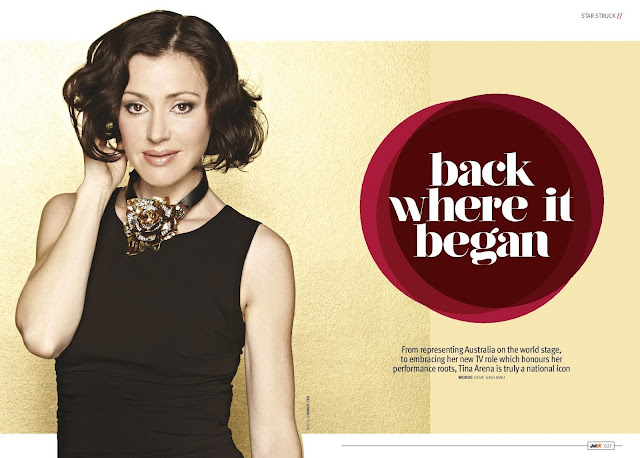