Screening on ABC 2, the 'ACCTA Award' nominee for Best Television Comedy is back after season one ended with Jess (Jess Harris) and Josh (Josh Schmidt) throwing caution to the wind and leaving for a big overseas trip.

Jess and Josh are best friends, housemates and... twentysomething. All their friends are finishing uni degrees, climbing the career ladder, even settling down. Not Jess and Josh: they live for weekends. Sadly, this also means they become unemployed, which means they get evicted, and elements of their life start to unravel.

In season 2, they return home and discover the holiday is well and truly over and everyone has moved on: Josh’s brother Nick and his wife Fiona are new parents, close friend Abby has a full time job and perhaps worst of all: Jess’ on again, off again boyfriend Billy (played by Hamish Blake – 'Hamish & Andy’s Caravan of Courage') has found a girlfriend who will actually commit.

With the reality of thirtysomething looming (oh, how I Iong for those days!), this season sees the best buds search for a different approach to life: like studying, actual manual labour, fame (get in line, twentysomethings!), volunteer work and lurve.

The hilarious quests by the two best friends’ to stay young and fun together forever is quite fun to witness.

This season sees new faces join the cast, including Jess's dad, played by Glenn Robbins (aka 'Kel' from 'Kath & Kim'), a hardworking, straight talking tradie who is a total softie.

This six-part comedy/drama series on DVD also has special features include behind the scenes, making of, plus six extra scenes of Jess and Josh’s European adventure.

And, there's a cool soundtrack to boot! Here is the cover: 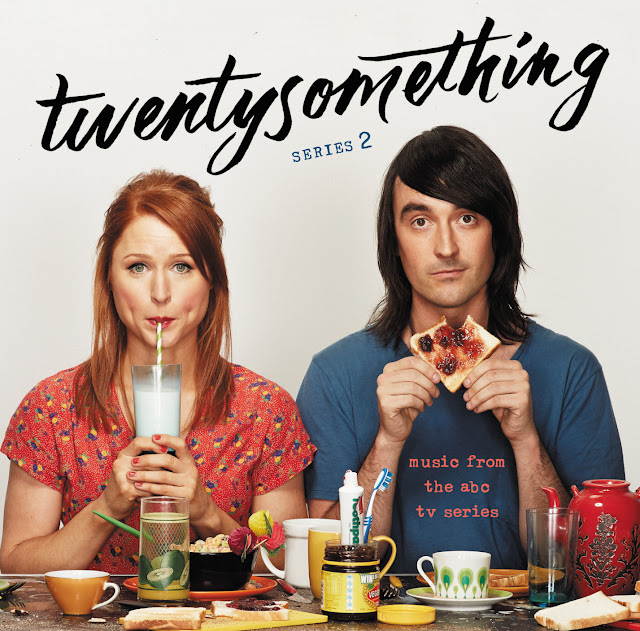 To enter the competition to win one of five DVD and CD prize packs, here is all you have to do: