And finally... the baby reveal.

Kanye West showed off his daughter with Kim Kardashian, North West via a photo he produced on the Kris Jenner talk show 'Kris': 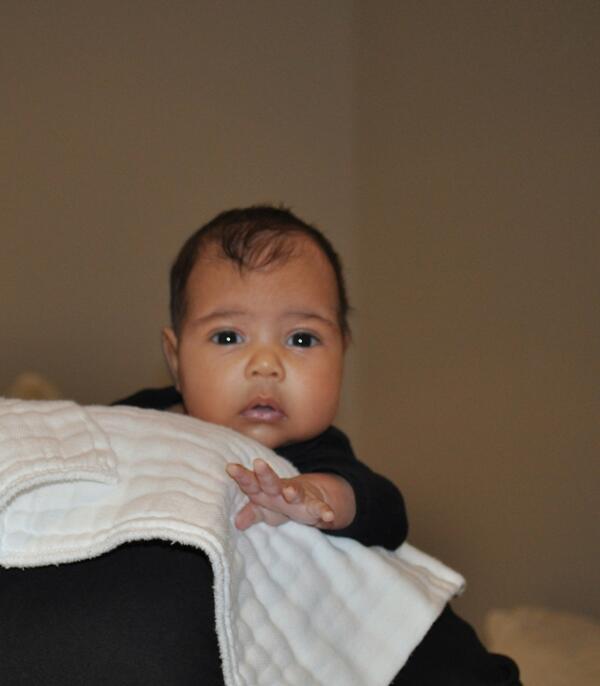 Kanye spoke to Kris in the series finale of her show. See the clips here.

In the surprisingly touching interview, Kanye spoke about Kim for the very first time, years ago, shooting a comedy video. "I was so in awe of her, she was my dream girl. I was in love with her before I could ever talk to her."

"I just dreamed about being next to her," he said during the show.

For more on the baby reveal, including clips, click here.
Posted by Josie at 08:14

Email ThisBlogThis!Share to TwitterShare to FacebookShare to Pinterest
Labels: Babies, Celebrities, Kardashians, This Just In