Ricky Martin - the darling of Australian TV in 2013 thanks to his stint as the new judge on 'The Voice Australia' has made a surprising admission: that he bullied gay people as a child.

Ricky came out as a gay man in 2010, struggled for years to accept his sexuality and refused to acknowledge it in several interviews.


In a sit-down interview with GQ Australia magazine - as reported by news.com.au - the star says he remembers the painful experience of acting against his own instincts, and revealing how he experience serious Catholic guilt. 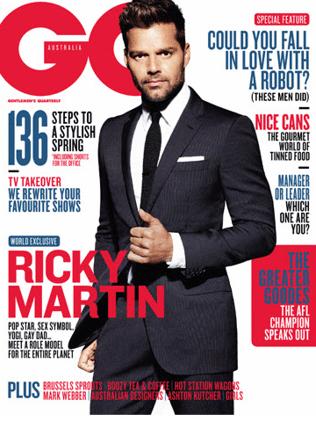 "I was very angry, very rebellious. I used to look at gay men and think, I'm not like that, I don't want to be like that, that's not me. I was ashamed.When you're told you're wrong by everyone, from society, from your faith - my self-esteem was crushed. I took my anger out on those around me."

Ricky is now a father to twin boys and in a committed relationship.
Posted by Josie at 11:30