Idina Menzel and Taye Diggs have separated after 10 years of marriage. The pair has one son, Walker, 4.

"Idina Menzel and Taye Diggs have jointly decided to separate at this time," a rep for Menzel tells Us Weekly. "Their primary focus and concern is for their son. We ask that you respect their privacy during this time."

The former couple, both 42, met while costarring in the original Broadway production of Rent in 1995 and later reprised their roles in the 2005 film adaptation.

As recently as October, Diggs told Us, "We're doing good!" when congratulated on his milestone wedding anniversary at the Men's Health 25th Anniversary Party in New York City, despite the cheating rumors the couple had faced this past summer. 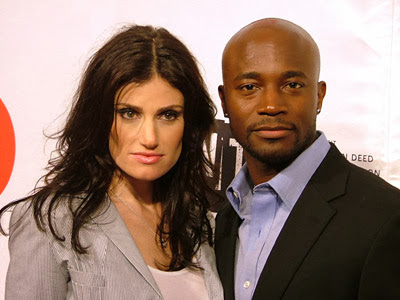