Have you seen this series of very moving father/daughter photos, where a widowed husband recreates wedding album in tear-jerking photo series with his adorable three-year-old daughter...

Here is a video backgrounder:

Ben Nunery, 34, from Cincinnati, Ohio, lost his wife, Ali, in 2011 to a rare form of lung cancer, just one year after their first child Olivia was born.

Here is the original blog post from Ben, on his blog called 'Rock Pink 4 Ali.'

On the post, entitled 'Saying Goodbye… Again', he says:


The last two years have been a rollercoaster of emotions to say the least.  There have been ups and downs to such extremes that it leaves me wondering how I’ve managed to piece together anything that resembles a normal and happy life.  But, hindsight being what it is, I can look back now and recognize the progress I’ve made as a grieving widower and a single father to an amazing little girl.  These past two years have had no shortage of emotional hurdles to overcome, some small and some large, but none as big as saying goodbye to the home that Ali and I built together.  The home we started our married lives together in.  The home we brought Olivia to after she was born.  The home we turned from a shabby little fixer upper into an award winning showcase property (according to the Price Hill Press!).  In many ways it felt like the last vestige of the life that we set out to build together.  It felt as though leaving that house would be the first step in a new life that Olivia and I would build together. . .without Ali.
We said goodbye to Ali two years ago but her presence has remained undeniable in that house.  Every square inch of it was carefully and thoughtfully decorated by her and it was as if she had never left.   I remember, in the days and weeks after she died, it was impossibly difficult to live there day in and day out with constant reminders of the loss we all suffered.  I walked around the house with blinders on just trying to avoid looking at every little item that she left behind.  And slowly those reminders of the pain turned in to little moments of comfort.  I knew she was gone but I could look at her things, all those untouched little artifacts, and know that she was there with me.   I found comfort in bottles of shampoo and drawers full of socks and jewelry still neatly organized.  But always in the back of my mind I knew I would eventually have to say goodbye to the shrine that I was building up in my mind just like I had to say goodbye to her.
Ali and I bought our house on the day before our wedding and we thought that having some of our wedding photos taken in the empty house would be an appropriate and memorable way to commemorate such a big step in our lives (see the original wedding day session here).  As wedding days go, it all happened in a blur, but those images represent some of the happiest moments in my life.  It was the beginning of what we planned on being a long and happy life together.  And so, when it came time to pack up the house and schedule the movers, I struggled with the thought of saying goodbye and walking away without something to commemorate such a big step in mine and Olivia’s life.  Havingworld-class photographers in the family is a nice perk that I try not to abuse, but I managed to sneak into Melanie and Adam’s busy schedule and we set out to once again do a photo session in that empty house.  Only this time I would have a different partner, although one just as beautiful.   It was fun and strange and sad and comforting and just about every other emotion you can think of.  And, it wasn’t until I drove away that the significance of what we had just done hit me like a ton of bricks.   These would be the last memories in that house.
I did it for me.  I did it for us.  I did it so I would have something to show for the love and beauty that occupied that house for a short time in our lives.  I wanted to be able to show Olivia the place where her mother and I started our lives together and dreamed of raising children.  I thought it would be much harder to say goodbye in this way, but as I sat in the driveway, ready to drive away for the last time, I realized that it’s just a house.  The memories of Ali don’t live in that house.  They live with us, in our hearts.  We take them with us wherever we go and they will live with us in our new house too.  A house is just a house.  Yes, I will miss it but I still have the memories of Ali and I still have Olivia, the most precious evidence of the love Ali and I shared and still share.  Since Melanie posted the photos on her blog, many people have asked me how I felt while doing that photo session.  What I want them to know is that this isn’t a story about grief and loss and hurt.  Yes, I’ve gone through those emotions and still do but that’s not what I want people to see in these photos.  This is a story about love.  The pain is nothing compared to the love that I feel for Ali and Olivia and that’s the story I want these pictures to tell to Olivia in the years to come and anyone else that sees them.  The pain will subside little by little but the love never will, no matter where we live.   Our lives will continue down a curvy and uncertain path but Olivia and I will be able to look at these photos and know that for a short time there was a place where I was the luckiest man in the world, even if just for a little while.
- Ben
The photos are below. But first, here are is a photo of Ben and Ali with Olivia as a newborn: 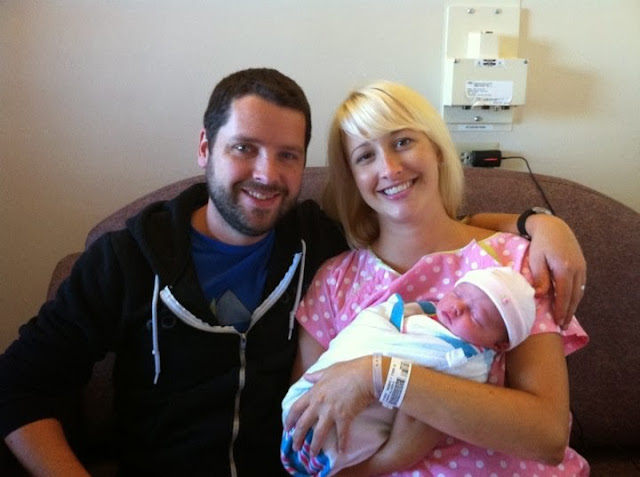 Here is another pic of the couple with their baby daughter Olivia, taken from Ben's tribute website to his wife. 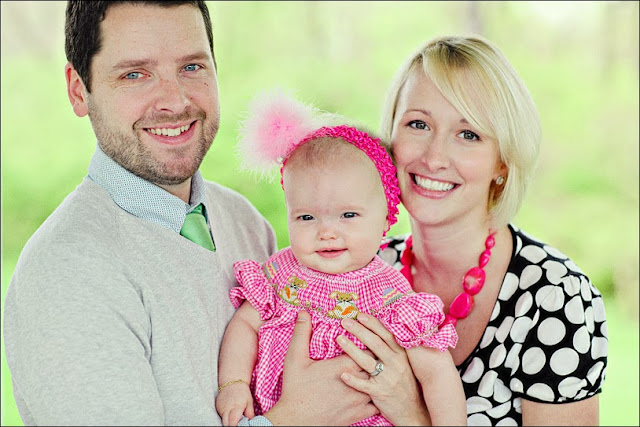 Ali, who worked as school teacher, was 31 when she discovered she had a rare form of lung cancer called Sarcomatoid Carcinoma in March 2011.

She had a tumor and the bottom third of her right lung removed and started weekly chemotherapy treatments. However, the inoperable tumors returned and she passed away nine months after her original diagnosis.

Ali's sister-in-law Melanie Pace, who works as a professional photographer, was called back to stage the shots she took of the newlyweds four years ago.

She recreated all the images of Ben and Ali, with Ben and Olivia, with stunning, emotional results.

Ben says he will hang the images from his and Olivia's recent photo shoot around their new home.

'[Now I can] show Olivia the place where her mother and I started our lives together and dreamed of raising children,' he concluded on his blog.

Here are all the photos: 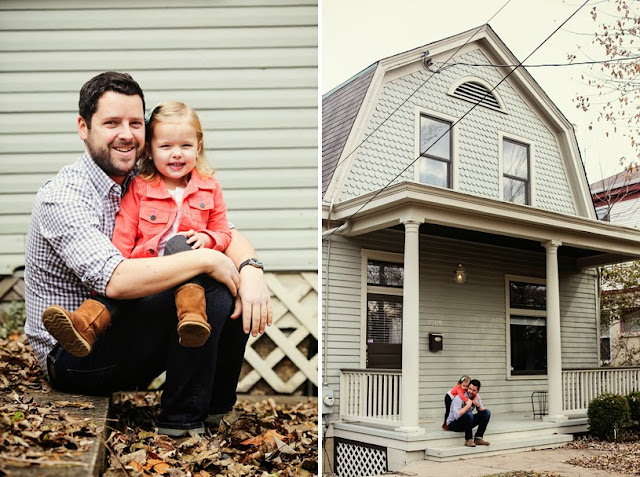 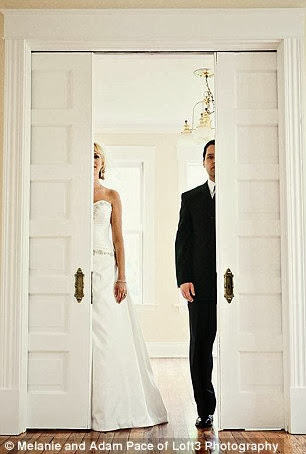 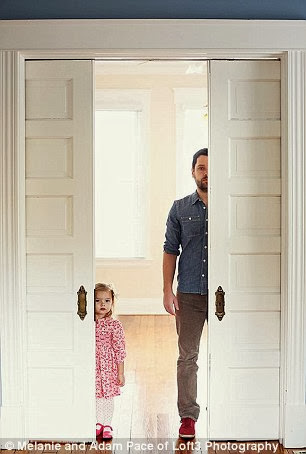 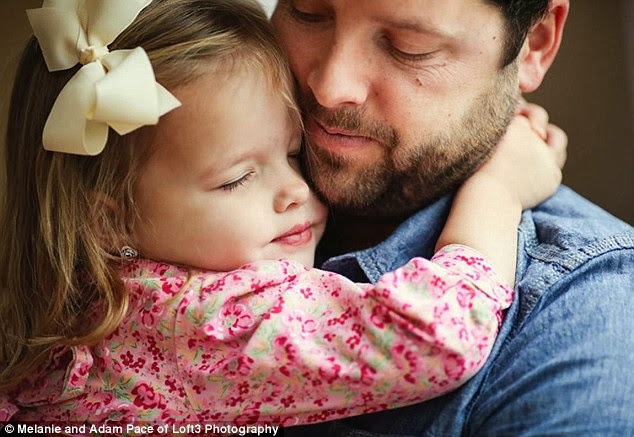 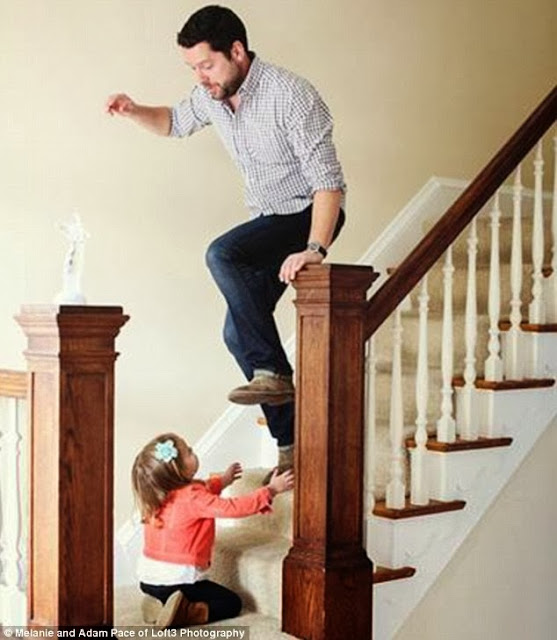 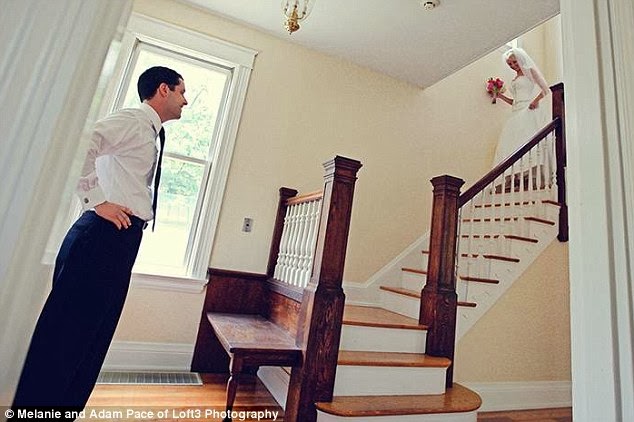 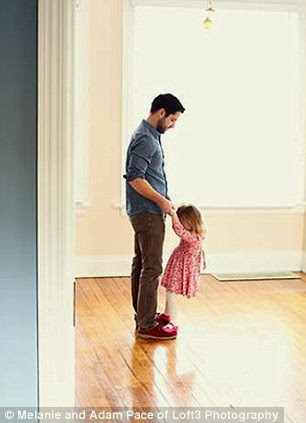 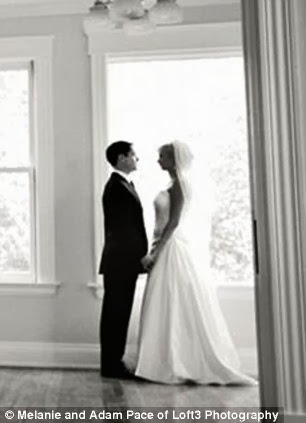 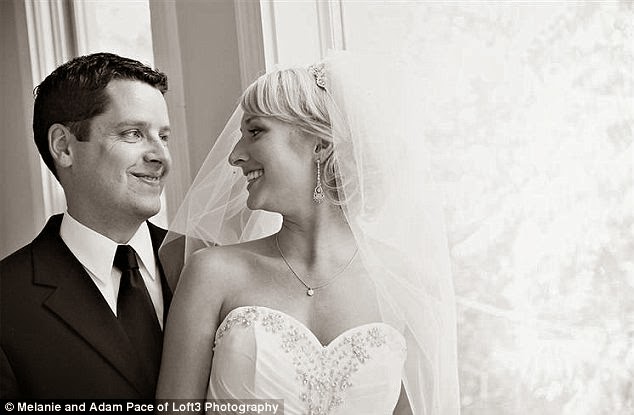 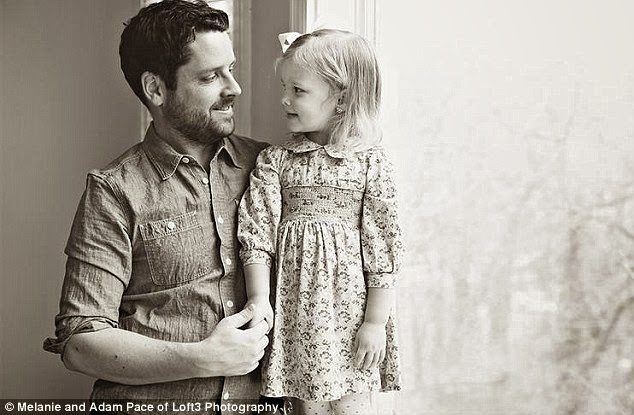 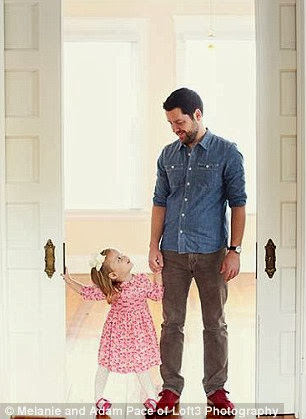 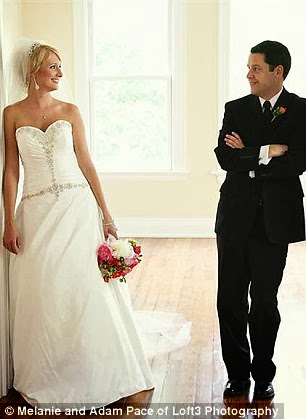 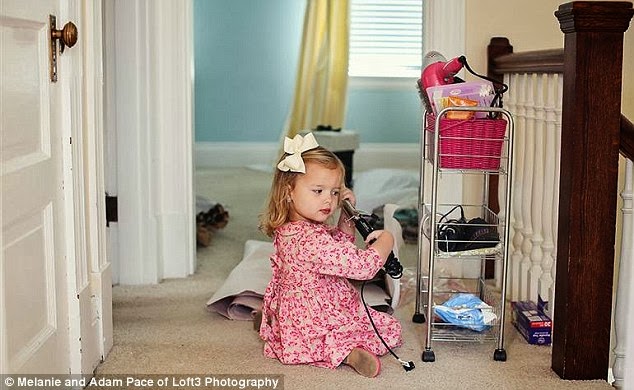 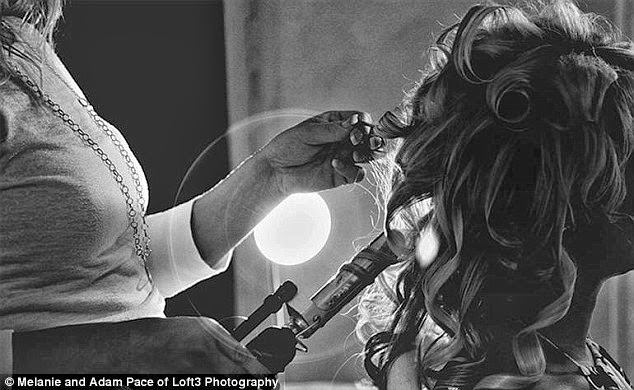