This is an excerpt from the article written by Dylan Farrow, 28, Hollywood director Woody Allen's adopted daughter.

But first, a note (called on Op-Ed piece, which means 'Opposite the Editorial Page') from the writer of the piece, Nicholas Kristof from 'The New York Times'. 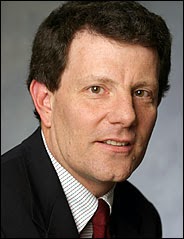 (A note from Nicholas Kristof: In 1993, accusations that Woody Allen had abused his adoptive daughter, Dylan Farrow, filled the headlines, part of a sensational story about the celebrity split between Allen and his girlfriend, Mia Farrow. This is a case that has been written about endlessly, but this is the first time that Dylan Farrow herself has written about it in public. It’s important to note that Woody Allen was never prosecuted in this case and has consistently denied wrongdoing; he deserves the presumption of innocence. So why publish an account of an old case on my blog? Partly because the Golden Globe lifetime achievement award to Allen ignited a debate about the propriety of the award. Partly because the root issue here isn’t celebrity but sex abuse. And partly because countless people on all sides have written passionately about these events, but we haven’t fully heard from the young woman who was at the heart of them. I’ve written a column about this, but it’s time for the world to hear Dylan’s story in her own words.)

And now, the opening paragraphs of Dylan Farrow's piece: What’s your favorite Woody Allen movie? Before you answer, you should know: when I was seven years old, Woody Allen took me by the hand and led me into a dim, closet-like attic on the second floor of our house. He told me to lay on my stomach and play with my brother’s electric train set. Then he sexually assaulted me. He talked to me while he did it, whispering that I was a good girl, that this was our secret, promising that we’d go to Paris and I’d be a star in his movies. I remember staring at that toy train, focusing on it as it traveled in its circle around the attic. To this day, I find it difficult to look at toy trains.
For as long as I could remember, my father had been doing things to me that I didn’t like. I didn’t like how often he would take me away from my mom, siblings and friends to be alone with him. I didn’t like it when he would stick his thumb in my mouth. I didn’t like it when I had to get in bed with him under the sheets when he was in his underwear. I didn’t like it when he would place his head in my naked lap and breathe in and breathe out. I would hide under beds or lock myself in the bathroom to avoid these encounters, but he always found me. These things happened so often, so routinely, so skillfully hidden from a mother that would have protected me had she known, that I thought it was normal. I thought this was how fathers doted on their daughters. But what he did to me in the attic felt different. I couldn’t keep the secret anymore.
Dylan continues:
Today, I consider myself lucky. I am happily married. I have the support of my amazing brothers and sisters. I have a mother who found within herself a well of fortitude that saved us from the chaos a predator brought into our home.

But others are still scared, vulnerable, and struggling for the courage to tell the truth. The message that Hollywood sends matters for them.
What if it had been your child, Cate Blanchett? Louis CK? Alec Baldwin? What if it had been you, Emma Stone? Or you, Scarlett Johansson? You knew me when I was a little girl, Diane Keaton. Have you forgotten me?
Woody Allen is a living testament to the way our society fails the survivors of sexual assault and abuse.
So imagine your seven-year-old daughter being led into an attic by Woody Allen. Imagine she spends a lifetime stricken with nausea at the mention of his name. Imagine a world that celebrates her tormenter.
Are you imagining that? Now, what’s your favorite Woody Allen movie?
Read the rest here.

An intense, powerful piece. Your thoughts?
Posted by Josie at 16:03