Charlotte Dawson - the popular TV presenter and former model - has died. She was age 47.

She is understood to have been found by a security guard in her Woolloomooloo home.

Charlotte had battled with depression for several years and has been cyberbullied since 2012.

Police have confirmed there were no suspicious circumstances in her death.

Charlotte's last Instagram photo was posted yesterday, just as she was about to go on Channel Nine's 'Mornings', with Sonia Kruger and David Campbell. 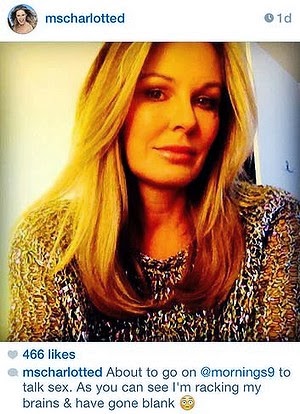 A prolific Twitter user, her last tweets were about the plight of Lex Oliver, which she described as "a sad joke. So preventable, I've been lobbying this for ages but a dumb telly blonde nobody listens to".

Her very last tweet 20 hours ago said: "We have the hospitals/resources & the doctors & professors willing to help. Where is the govt support?"

Dawson had also been urging her followers to send their love to Lex, the mum of five, who was about to undergo surgery. 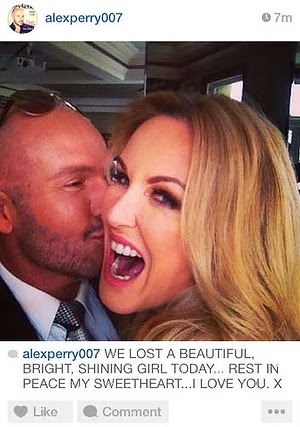 In this clip - from October 2012 from Channel 7's 'Sunrise' - Charlotte talks about her adoption, her marriage breakdown, Twitter trolls, sexual abuse and more. It's one of the most insightful interviews I have seen on her:

Messages of heartache and support have poured out on Twitter:

MORNINGS ‏@Mornings9  1h
Today we lost a member of our Mornings family. Charlotte Dawson was a wonderful, vibrant and passionate woman. She will be missed enormously

David Campbell ‏@DavidCampbell73  2h
I am a shocked and devastated at the news of @MsCharlotteD just saw her yesterday. So tragic.

Deborah Thomas ‏@DeborahThomas10  2h
@DavidCampbell73 @markbouris May she rest in peace. Charlotte faced so many obstacles in life, sharing her experiences to help others.

Jessica Rowe ‏@msjrowe  2h
Sad, sad, sad news about the glorious Charlotte Dawson... Mental illness is a dirty, black dog and she did so much to help countless people


Ben Fordham ‏@BenFordham  3m
Read the Twitter feed of Charlotte Dawson and you'll see someone who spent a lot of time helping others. pic.twitter.com/5nnCiDPnXR


Ben Fordham ‏@BenFordham  3h
Totally floored by the news that Charlotte Dawson has passed away. Always enjoyed chatting to her in hallways at Channel 9. Great girl.

I met Charlotte briefly, just once. I was leaving an event and she was coming in. Her Amazonian frame kinda knocked me for six. She was stunning, vivacious, full of personality. We said hello. And off she went. I have seen her a million times at events over the years. You really could not ignore Charlotte Dawson. She was larger than life. And now she's gone.

The most comprehensive update I have read today on Charlotte Dawson is in this article at news.com.au.

The Kiwi-born former model is understood to have been found by a security guard in the early hours of this morning having failed to show up to a planned lunch date.

Police confirmed they were called to Wooloomooloo wharf at 11.18am and there were no suspicious circumstances to the death.

At least one close friend contacted soon after Dawson was found dead admitted the troubled TV host and former model was in “the worst shape emotionally” they had ever seen her — and on more than one occasion had failed to meet friends at organised times in the three days leading up to her death.

It is understood it was Dawson’s failure to appear at a lunch appointment — as well as the fact her Twitter account had remained dormant for 19 hours — that alerted one friend to contact the building manager at Dawson’s apartment building early Saturday morning.
A security guard then made the discovery in Dawson’s unit, number 104, and raised the alarm, with police arriving soon after to remove the body.
God rest your soul, Charlotte. 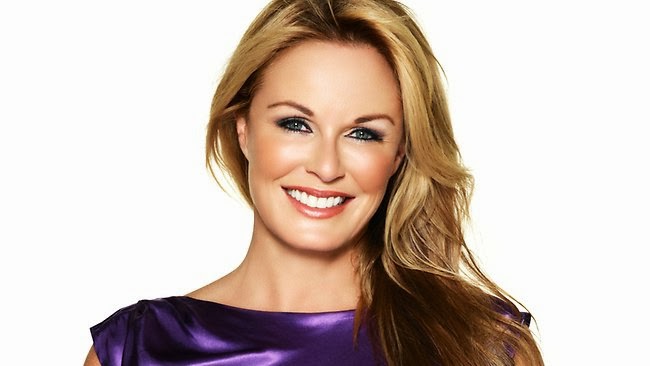