Miley Cyrus on the cover of 'W magazine'. 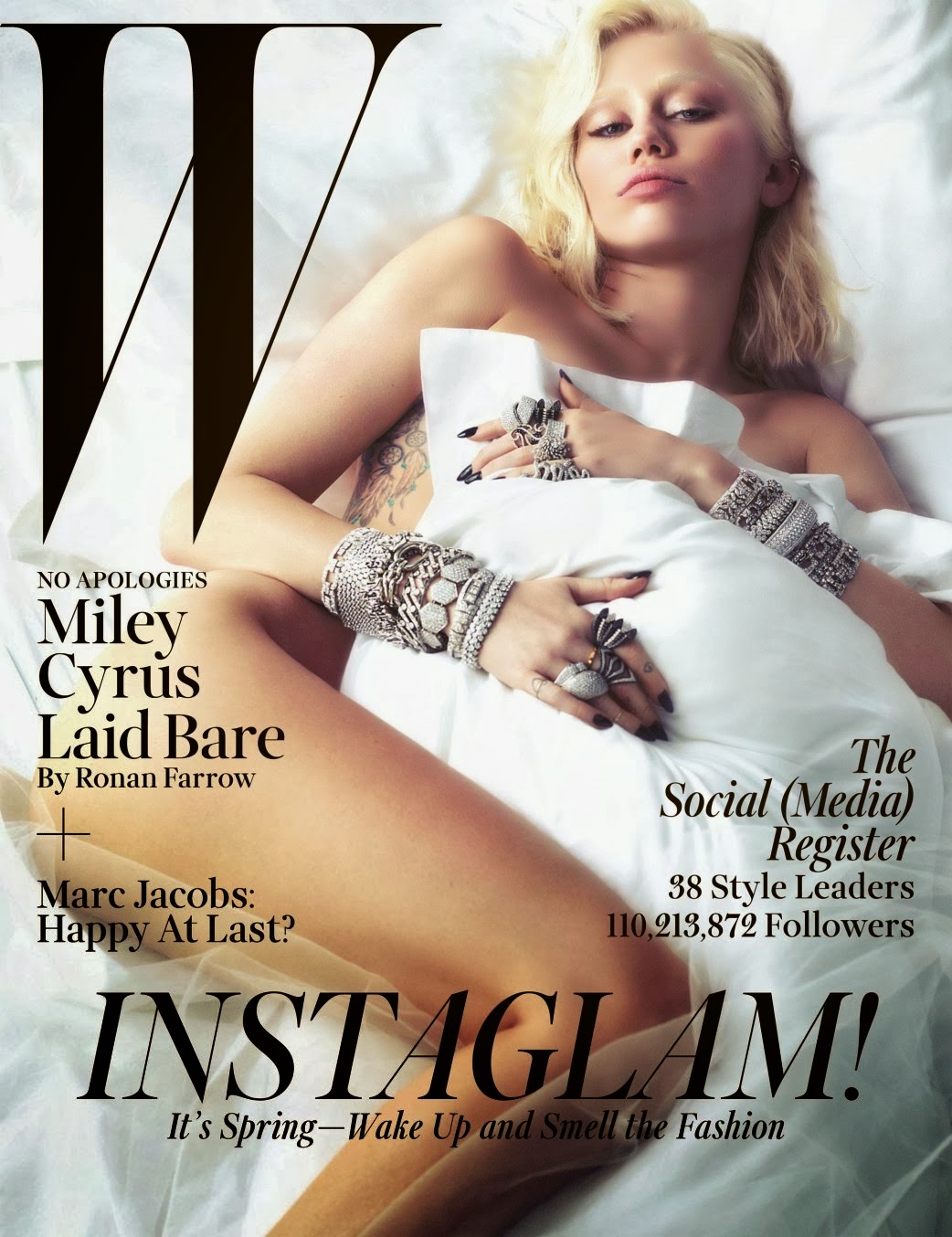 Miley is intent on continuing on the path of the whole no clothes thing
.
That's not what disturbs me.

It's that trend of dyed white-blonde eyebrows. It refuses to go away. Not a fan.


Here are more photos (below) of the March 2014 edition of W magazine. Shot by the very talented Mert Alas & Marcus Piggott, in the accompanying interview Miley talks about social media, her parents, why she likes being naked (well, duh), her critics and much more.

Below are some excerpts from the interview. 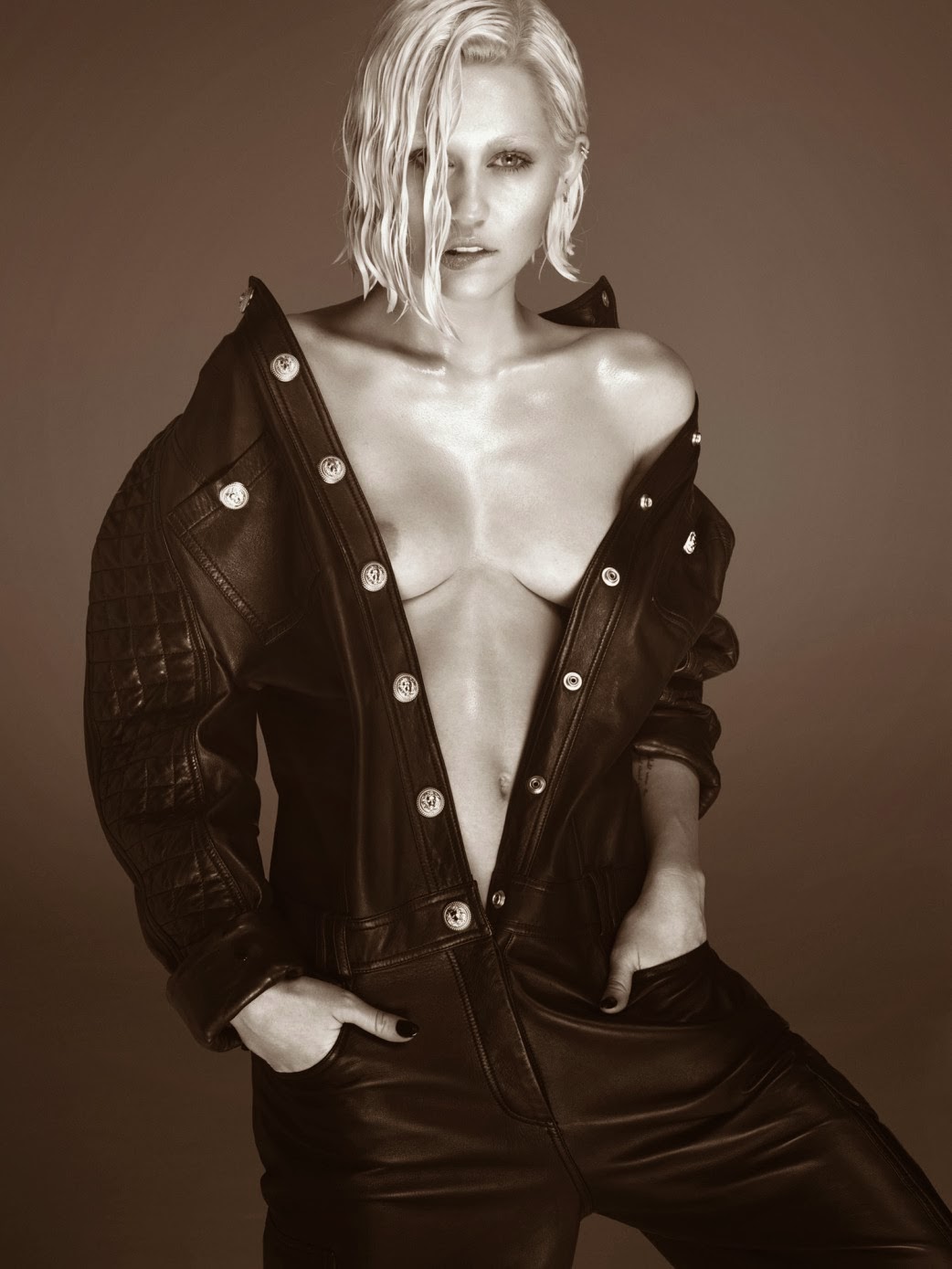 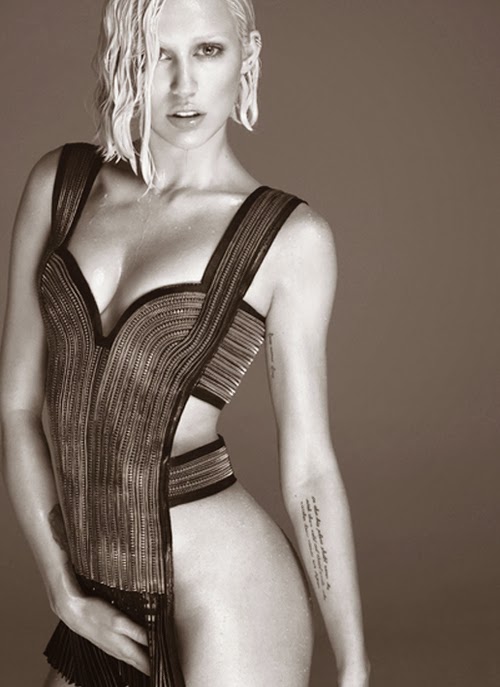 Here are parts of the interview:

She rarely draws a breath. Cyrus speaks in the language of her generation: She is a human text message.

"They’re so fucking mean,” she continues. “Sometimes I hear kids with their parents, and I want to go over and, like, smack them myself…Like if they meet me, they’ll be like, ‘Mom, don’t you know how to use an iPhone? Like, can you take the picture?’ I’m like, ‘Dude, if I ever talked to my mom like that when I was a kid, I would have had no phone, no computer, no TV, no anything.’ And so, yeah, kids are just mean.” Cyrus gets a lot of mean these days. She has 16.7 million followers on Twitter, and every day her feed is deluged with slurs. (Cyrus: “I. Hate. Packing.” Twitter response: “GET CANCER.”) She is the personification of a new generation of fame. She both courts and bears the costs of an ever more intrusive media; of a public ravenous for that intrusiveness; and of a networked world that has placed all of us, celebrity or not, under the microscope. Cyrus lowers her voice conspiratorially and tells me, “I think with, like, Instagram, Twitter, whatever, everyone is a paparazzi now. How scary is that? Like, you’re never safe.” Even ordinary people, Cyrus says, “just think they can, like, talk about you like they know you. Especially because I grew up in it, and like you grew up in it, too, there’s a sense of entitlement.” She’s not wrong about the parallels: both of us raised by performers, both driven to work in the spotlight on our own terms

Part of her power, Cyrus feels, lies in having nothing left to prove. At 21, she’s managed to turn herself into a juggernaut twice over. “You know, I’ve made my money. If no one buys my album, cool. It’s fine. I’ve got a house, and I’ve got dogs that I love. I don’t need anything else,” she says. In her view, that’s a luxury that has carried the legends she most admires. “Maybe they succeed because they don’t have anything to prove. They’re just doing it because they love it. I hope I’m like Dolly—where I’m just still going at 75.”

To read the rest of the well-written interview, click on the W magazine site here.
Posted by Josie at 12:00

Email ThisBlogThis!Share to TwitterShare to FacebookShare to Pinterest
Labels: Americana, Controversy, Everyone is talking about, Magazines, Music, Pop Culture