One of the most controversial stories of the year is about to screen on Seven's 'Sunday Night', when the program returns this Sunday. The report is titled 'Inside Simon Gittany's Secret Life', it centres on convicted killer Simon Gittany (currently awaiting the length of his sentence), as well as new footage from Simon's personal home movies.


The preview - below - shows Rachelle saying: "I know that Simon is innocent. He was just trying to quieten her."
Steve Pennells, one of the journalists covering the report (the other is Ross Coulthart, said this morning on 'The Morning Show': "I think this is one of these cases where everyone thinks they know what happened, but they don't. When you watch 'Sunday Night' you'll be surprised."
He addded: "[This report] will start challenging what you think you know about the case and the players. It might open your mind up to other possibilities. It's like our OJ [Simpson] case. People think this is just a Rachelle interview - it's not. She is just one part of a big investigation into the case."
Click here to watch the preview. 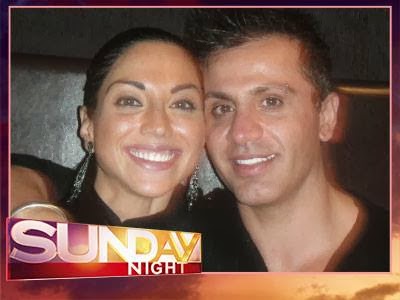 Email ThisBlogThis!Share to TwitterShare to FacebookShare to Pinterest
Labels: Australiana, Channel Seven, Controversy, Everyone is talking about, This Just In, TV